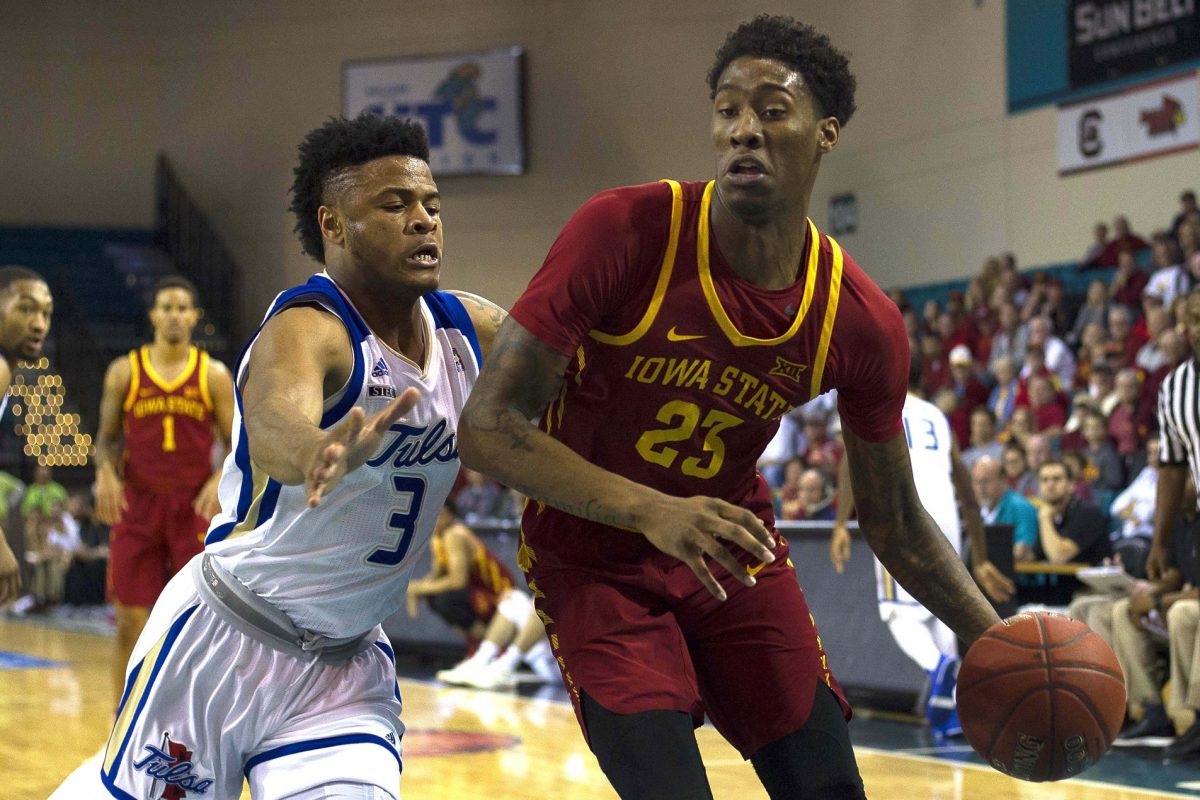 Now, the bad news: That recently-rare full practice routine proved to be a one-off — for now, anyway.

“A lot of two-on-two and a lot of three-on-three,” Prohm said of Thursday’s practice plan in advance of Saturday’s Big 12 matchup at Oklahoma State. “But we need to get to five-on-five because of the pace we need to play at, the up and down.”

So it’s back to the good news: Talley is expected to give it a go at 3 p.m. Saturday in Stillwater and Weiler-Babb’s knee issue is relatively minor and likely will only result in extra rest on practice days such as Thursday.

“Zoran, we’re just not going back to back days yet,” Prohm said of the 6-7 Talley, who averaged 4.2 points and 2.3 rebounds in limited action before suffering a stress fracture in his foot late in the Nov. 25 Western Illinois win. “So yesterday was his full day. He went full. He’ll go again tomorrow. He’ll dress Saturday and hopefully — you know, he’s a guy when you really look at the scheme of things that you’ve kind of missed once we got into league play now a little bit. Just the versatility that he provides to play a couple of positions, defensively, moreso than offensively. He’s similar nowhere last year (Deonte) Burton and (Darrell) Bowie were really good against Oklahoma State’s pressure early (last) year, then he can be another guy that can make a play in space. So hopefully we can have him ready for Saturday.”

Prohm was asked if there could be any changes to his first five.

The obvious shift would involve inserting 6-9 forward Cameron Lard into the starting lineup.

“Energetic,” guard Lindell Wigginton said of Lard, who also played a season-high 33 minutes off the bench against the Longhorns. “He’s been playing great for us. Starting to score the ball well and he rebounds the ball and runs the floor. He runs the floor like a monster.”

Brase is less monster, more alchemist. He averaged 4.0 points and 5.4 boards while playing in eight of ISU’s nine-straight wins that preceded conference play. He’s missed three games in a row because of a high-ankle sprain, but is practicing every other day and showing improvement.

“Everybody here, you’ve watched us, you know what he brings,” Prohm said. “He brings some skill. He brings some IQ. He brings a calming presence. He brings great ball reversal. I know that sounds simple but it’s so important, the way we want to play. And he understands coverages.”

Talley’s return would provide a boost to the Cyclones’ defense, which has struggled mightily against the pick-and-roll, among other things.

“He’s super athletic,” Weiler-Babb said. “He’s a vet. He’s older so he knows how to play the game. He beings another level of experience that we need on the court, so it will be big-time for us to have another athlete and another older guy out there on the court.”