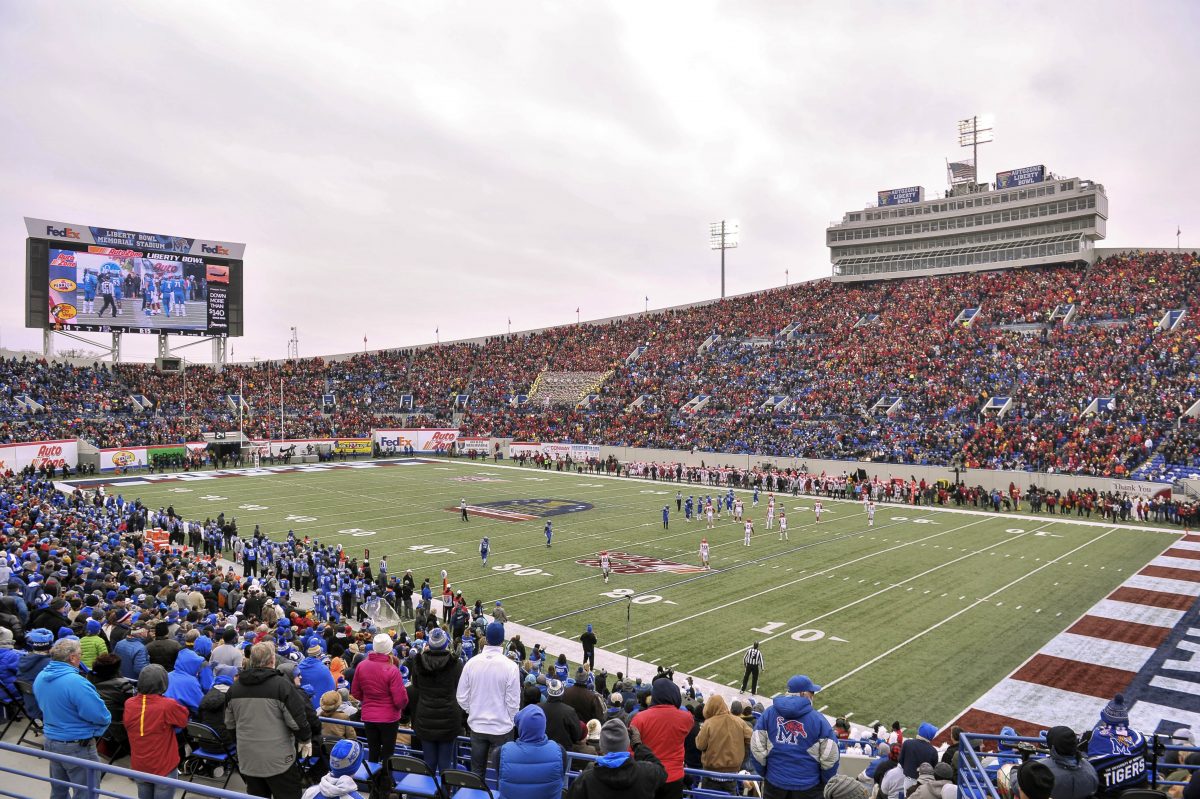 I hope that your year 2018 has started with a bang! Ours certainly has here at Cyclone Fanatic.

To be honest, I had a hard time sleeping on Sunday night because I was so excited to wake up on Monday and run our final side-by-side site numbers from 2017 compared to 2016.

As I suspected would be the case, 2017 was a monster year for us when it comes to traffic at Cyclone Fanatic.

Our user numbers were up 37 percent from the year before. That is a major increase for a publication that has been around dating back to 2005. In literally every metric that we have in front of us according to Google Analytics, Cyclone Fanatic crew considerably in 2017.

This is difficult to do in today’s media climate do to increased competition and specifically, social media. What hurts a small publication like ours is that message boards just aren’t as popular as they used to be. You can pop open your Twitter app to see hot opinions on a recently completed Cyclone game, where back in the day CF was the place to be.

The great news is that exponentially more people are reading our stories and listening to our podcasts than ever before.

The CF staff has made a considerable commitment to growing with the times, which is often difficult to do in an ever changing and very expensive media climate to try and compete in.

In 2009, we became one of the first media outlets in the state of Iowa to start podcasting. Today, I firmly believe Cyclone Fanatic has the largest podcast network in the state. We plan to do more of it in the coming days, months and years.

We have an advantage over most outlets in the market. That’s our great community of Fanatics. Your loyalty to this product is the real reason we are all in this business. Without you all, we wouldn’t have the traffic to sell to our great advertisers. Without your loyalty to our advertisers, they might not see as much value in advertising with Cyclone Fanatic.

There are still great challenges that we face every day in this business. While our traffic is way up, our company revenue does not mimic that trend. It is a sign of the times. As more and more people shift to digital products, we get paid pennies on the dollar for third party ads compared to what the going rate was five years ago. It’s why we have to get creative to not only stay relevant, but merely existent in our current form.

Last April, we launched a Patreon page that has helped us out immensely. If you currently contribute to that, thank you very much. If you aren’t yet a Patron, I ask at this time for you to consider becoming. Every day, we have around 20,000 people who visit this site, yet only 318 contribute to Patreon. I understand that not everybody has spare change at the end of the month. That’s why we are leaving the site to be free for everybody. But if more people could simply contribute $1 a month (that’s like three cups of coffee over the course of a year), it would greatly improve our publication for you, the consumer.

— An ad-free option for our forum users

— A section of the site strictly dedicated to recruiting

Those are just a few things.

Thanks so much for all of your support.

Now, some geeky tech stuff for those out there who appreciate that sort of thing.

— Besides the Des Moines metro, Omaha is the next highest city when it comes to visitors coming to Cyclone Fanatic. Madison, Wisc., Chicago and Minneapolis finish in a distant third, fourth and fifth.

— Chrome is the preferred browser of Cyclone Fanatic users, with 40 percent of you logging in on Google’s creating. Safari is the second most poplar at 31.65 percent.

1 – Who the heck were these guys calling?

2 – WATCH THIS: Matt Campbell to his team after the Cyclones beat TCU

3 – WILLIAMS: The end of an era, but start of another

4 – WILLIAMS: Soak it up, Cyclone Nation 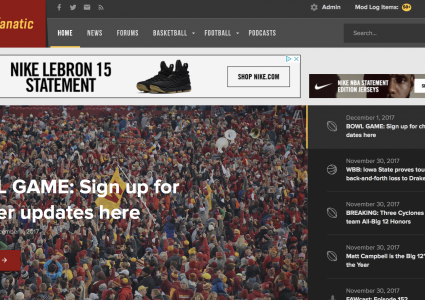 Letter from the publisher: How your Patreon funding is making our site better 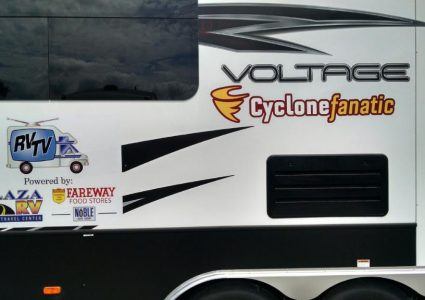 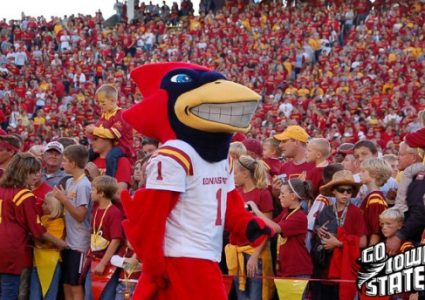 A letter to the Cyclone Fanatics