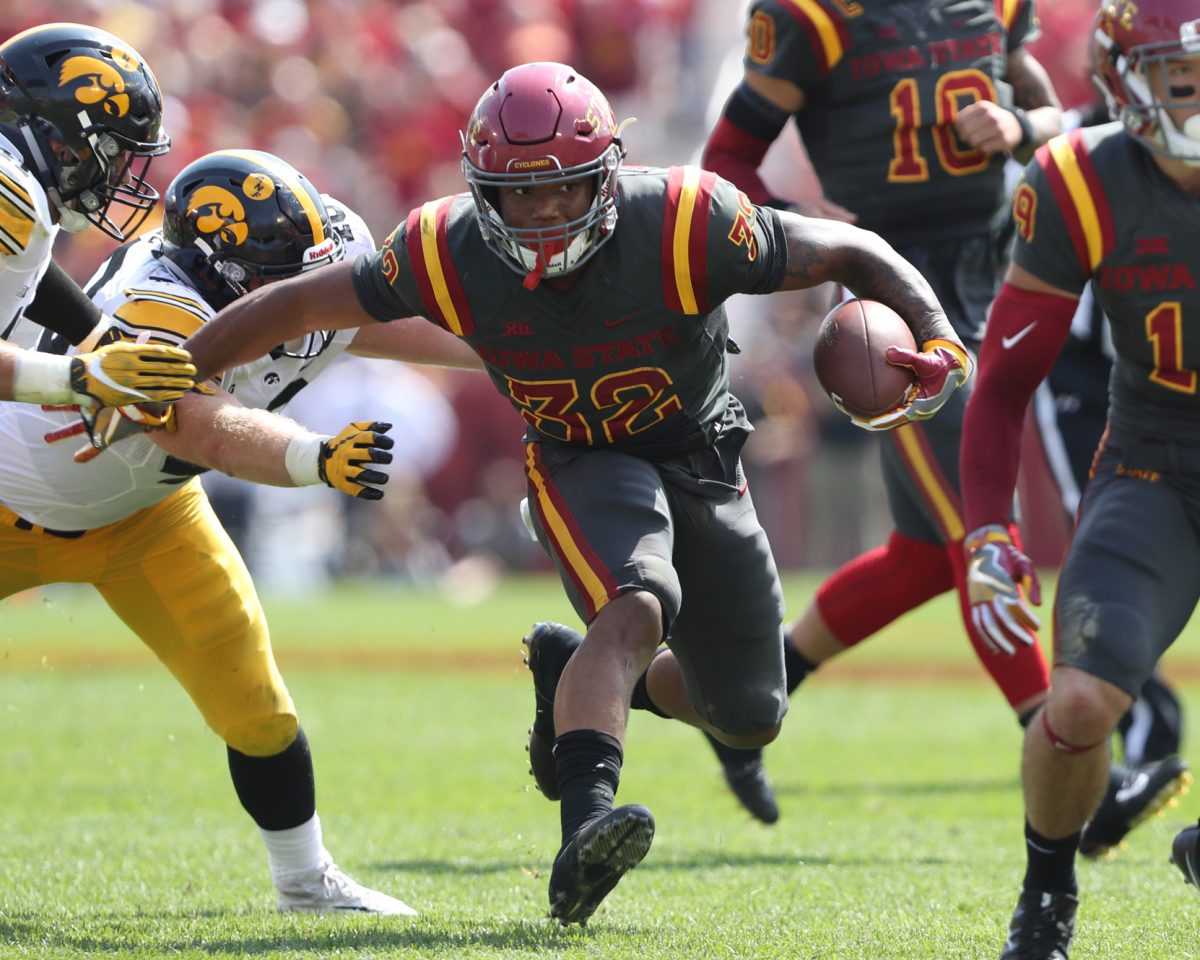 One of the most successful seasons in the history of Iowa State football has come to a close and never has it seemed more appropriate to unveil our first Cyclone Fanatic Football Awards.

As voted on by our primary football contributors, myself, Chris Williams, Rob Gray, Brent Blum, Jay Jordan, Jeff Woody, Kirk Haaland and Kevin Fitzpatrick, we have selected offensive and defensive MVPs, a newcomer of the year, a play of the year, an unsung hero, a surprise player of the year and the team MVP.

Each contributor was asked to list in order from 1-3 their top choices for each award with first place being worth 10 points, second worth seven points and third worth five points. In some instances, the balloting was rather predictable, but in others, it was a little surprising.

There were several legitimate options for the Cyclones’ most valuable offensive player in 2017, but could it really ever be anyone besides the sophomore tailback from Cincinnati? Montgomery compiled 1,146 yards rushing and 11 touchdowns on 258 carries plus another 296 yards receiving on 36 receptions.

Montgomery’s 108 missed tackles forced set a new FBS record, according to Pro Football Focus dating back to 2014. He was a first-team All-Big 12 selection and a first-team All-American by PFF.

David Montgomery does it all pic.twitter.com/t86arUrrlT

Perhaps the most surprising outcome of the bunch while compiling the ballots, Lima’s first of two honors comes as the team’s defensive MVP. Lima recorded 25 tackles, 4.5 tackles for loss and two quarterback hurries in his first season anchoring the Iowa State defense.

Th 6-foot-3, 306-pound El Camino C.C. product was named an honorable mention All-Big 12 selection and was heralded by teammates and coaches as one of the biggest reasons for the Cyclones’ defensive turnaround in 2017.

Full disclosure – This balloting was also thrown off with half-points by Jeff freaking Woody apparently thinking he can include four players on his ballot instead of three. (insert eye roll emoji here)

While teammates and coaches alike have called Lima the team’s unsung hero, the Cyclone Fanatic staff has latched on to the Cyclones’ high-kicking, high-motor, playmaking defensive end.

Waggoner recorded 42 tackles, 13.5 tackles for loss, 4.5 sacks, four quarterback hurries, a fumble recovery, a forced fumble and a pass breakup in his breakout senior season while earning second-team All-Big 12 honors. His 13.5 tackles for loss is good for 10th all-time in program history for a single-season.

One of the emotional leaders of Iowa State’s defense, there is little doubt the 6-foot-3, 248-pound Dallas-native saved the best for last in his Cyclone career.

This was the least surprising result of all seven awards we voted on. Lima should have drawn heavy consideration for not only our newcomer of the year in 2017, but the Big 12’s and it comes as no shock he was our unanimous winner.

Full Disclosure – The voting here was slightly skewed again by Jay Jordan being what he calls a “Lima-tic” and listing Ray in all three spots on his ballot. This was very scientific stuff, clearly.

It was a Cinderella story nobody could have predicted before the season started. After attempting two passes at three schools in four years, Kempt threw for 1,787 yards, 15 touchdowns and only three interceptions in (possibly) his final collegiate season.

His 66.26 percent completion rate is a single-season record as is his 145.93 quarterback rating. Kempt was the most narrow of all our winners, but the most deserving if you ask this voter.

Happy birthday to the man of the year @KyleKempt ! Here’s your subtle reminder that he’s undefeated against top 5 teams pic.twitter.com/BHKt8J3dwv

Play of the Year – Allen Lazard’s game-winning touchdown catch from Kyle Kempt against No. 3 Oklahoma

The play will live in Cyclone lore forever. It was a walk-on making his first career start connecting with one of the most decorated players in program history. It effectively ended a 26-year losing streak to one of college football’s most respected blue-bloods.

In a season chalk-full of remarkable plays, it will surely always stand above the rest. Five, 10 or 15 years from now, I’m confident most ever Cyclone fan who witnessed it will be able to tell you exactly where they were and who they were with when they watched it happen.

“A catch for the touchdown by Allen Lazard!” – John Walters, The Godfather

Winning the final vote, and officially being named the Top Play of the @CycloneFB regular season is @AllenLazard‘s game winning touchdown catch from @KyleKempt against Oklahoma!@CycloneFB is back in less than 18 hours for the @AZOLibertyBowl!

Full disclosure – More half points and one single point were given due to Brent Blum listing two plays in the three spot and Jeff Woody’s sudden inclusion of an honorable mention. Like I said, really scientific.

Like almost all of these awards, this one could have gone several different ways, but it is hard to argue the conclusion the voters reached. Montgomery put together one of the most successful sophomore campaigns in school history and is well on his way to being one of the best running backs to ever wear cardinal and gold.

He is already one of the best in the Big 12, will enter next season on the shortlist for the best running back in the nation and any Iowa State fan will be quick to tell you he should be on the long list for Heisman Trophy consideration.

Add Cyclone Fanatic Team MVP to David Montgomery’s long list of honors received in 2017 (or… uh… his first of 2018… I forgot to mention I was going to write this like three weeks ago).

Iowa State’s David Montgomery is a MAN amongst children pic.twitter.com/xuIzKjlf9Y

My only regret from this process is that Joel Lanning and Allen Lazard didn’t receive a single award (not including play of the year due to it being more of a team award).

For that reason, I have created two other awards called the Heart and Soul Award and the Contributions to the Program Award.

Since our panel didn’t really vote on winners for these awards, I won’t declare Lanning and Lazard winners. That said, I did come up with each award to be voted on.

That’s why they will be called the Joel Lanning Heart and Soul Award and the Allen Lazard Contributions to the Program Award (both presented by Cyclone Fanatic (because, ya know, branding)) beginning in the 2018 voting cycle.

Call them winners for this season if you want. Or don’t. It doesn’t matter. They’re the only ones who got their own awards out of this whole deal. 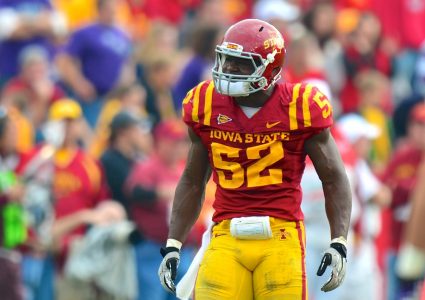