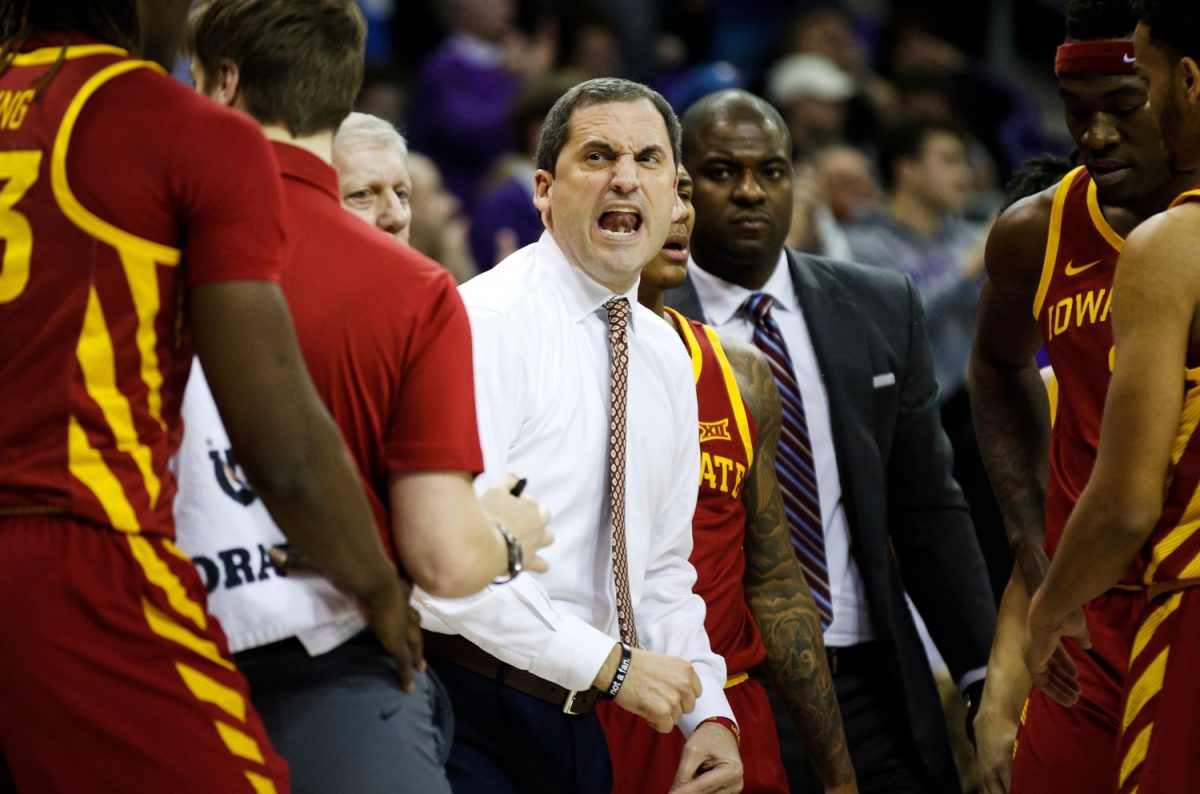 Jan 17, 2018; Fort Worth, TX, USA; Iowa State Cyclones head coach Steve Prohm yells at his team during a timeout in the first half against the TCU Horned Frogs at Ed and Rae Schollmaier Arena. Mandatory Credit: Ray Carlin-USA TODAY Sports

Well, that was not ideal.

After seemingly gaining momentum in its past two games, the Iowa State men’s basketball team was handed its lunch Wednesday night in Fort Worth. No. 24 TCU never trailed and rolled to a 96-73 win on the back of its elite offense.

Since writing “Iowa State did not really defend anyone” is not acceptable as a recap, I have decided to do something new. I’m going to look back at my preview of the game and see how the Cyclones did with each of the three points I detailed.

I’ll give you a spoiler alert: It was not good.

Here’s the recap of my three points from Iowa State’s loss to TCU.

TCU had only four turnovers, had 48 points in the paint, 10 fast break points, eight offensive rebounds and averaged an astounding 1.531 points per possession in the second half alone. Four players scored in double-figures and the team was 15-of-23 on layups.

All of this happened without the help of Jaylen Fischer, one of the best point guards in the Big 12, as he sat out his first game with a leg injury that is expected to hold him out indefinitely.

So, yeah, Iowa State was not able to slow TCU’s elite offense.

2 — Can the Cyclones limit Vlad Brodziansky?

No, Iowa State could not limit Vlad Brodziansky.

Donovan Jackson scored a team-high 19 points on 7-of-13 shooting and knocked down 4-of-7 3-pointers. Lindell Wigginton battled early foul trouble to come back and score 14 of his 16 points in the second half while making 6-of-13 shots from the floor and 4-of-6 from deep.

The third head of the three-headed guard monster, Nick Weiler-Babb, played perhaps his worst game of the past few weeks but was not terrible. Iowa State’s junior point guard scored four points on 2-of-7 shooting but did dish out six assists.

Iowa State’s brightest spot on offense was freshman center Cameron Lard’s 16-point performance on 7-of-10 shooting with nine rebounds, five of them offensive. As a team, Iowa State was able to shoot 50.8 percent from the floor, which is higher than its season average.

Really, Iowa State’s offense was not terrible for most of the night, but things can really go sideways when your defense looks the way the Cyclones’ did Wednesday night.

1.531 points per freaking possession. Excuse me while I go try to forget this one ever happened.