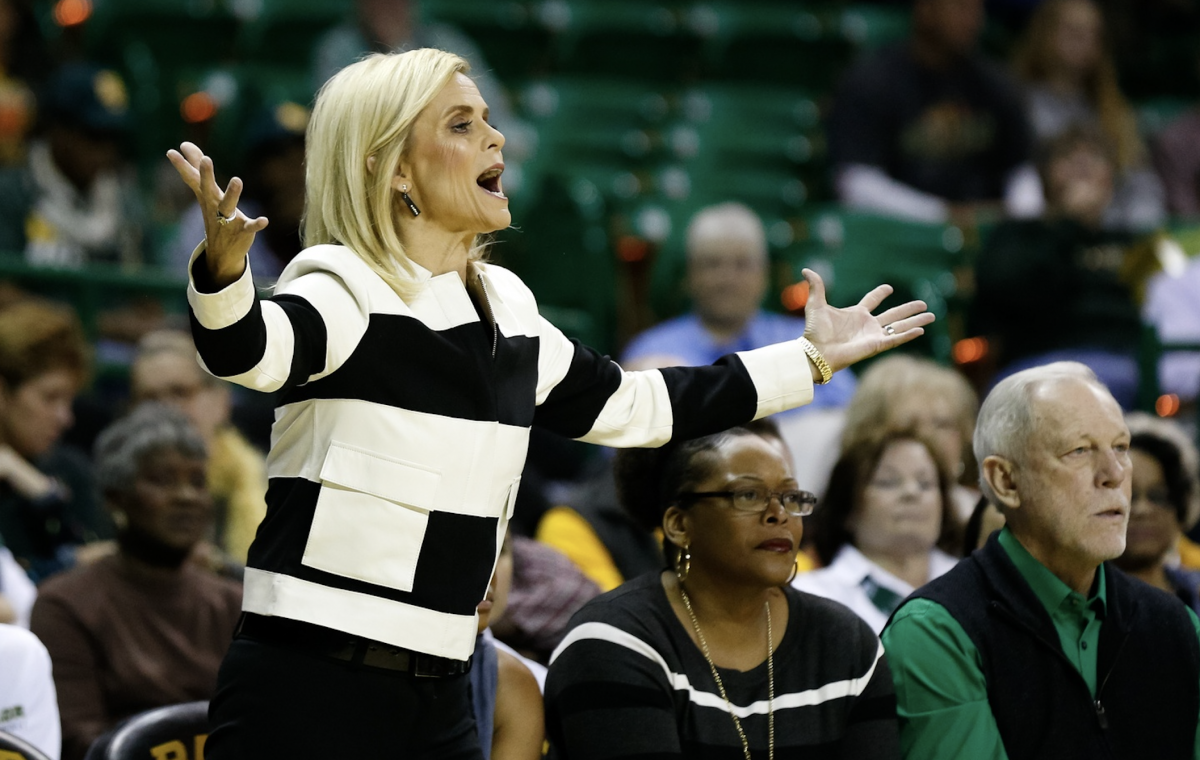 AMES — Just two weeks removed from a 40-point drubbing in Waco,  Iowa State wanted to come out with a vengeance and avoid getting embarrassed once again by the No. 4 Baylor Lady Bears. You could call this a slight improvement, as the Lady Bears defeated Iowa State by a score of 79-50.

The fourth-ranked team in the country wasted no time showing its dominance, jumping out to an early lead of 19-2 at the end of the first quarter.

“They’re a monster. We had no answer for them inside,” said Cyclones coach Bill Fennelly.

Opting to go with the taller line-up against a scary Baylor team, Fennelly quickly made mass subs, giving everyone an opportunity to prove themselves against one of the toughest teams in the country.

While she didn’t show it in the stat sheet, Bride Kennedy-Hopoate was much needed down low for the Cyclones, playing physical defense, and drawing a crowd-pleasing charge on Baylor’s star forward Lauren Cox.

Bridget Carleton had her hands full on both sides of the ball, but stepped up to the occasion, finishing with 24 points and eight rebounds. Shooting 37 percent from the floor, Carleton won’t be happy with her overall production, but she showed once again that she can carry the load offensively against the best teams in the Big 12.

“She has a lot on her shoulders with this team, when you have to carry the burden of your whole team, you feel it. We threw a lot of different people at her.” said Baylor coach Kim Mulkey.

Iowa State was red-hot coming out of the half, holding Baylor without a field goal for three minutes, and winning the quarter overall 17-14. It was one of few bright spots for the Cyclones, who wavered in confidence offensively throughout the evening.

The other bright spot?

In a game where Emily Durr, Kennedy-Hopoate, and Adriana Camber were a combined 0-for-16 from the field, Johnson gave Carleton a helping hand with 10 points and a huge chunk of the ball-handling responsibilities.

Still, there are learning curves for all the young players on this team.

“She came in and gave us some life, didn’t play scared, [and] made good decisions,” said Fennelly. “With Rae, the challenge is always the pace of the game, and sometimes she doesn’t always play at the pace you need to play at this level.”

Iowa State played its best basketball in the second and third quarters, but Baylor was too much to handle, frustrating both the fans and Coach Fennelly, who picked up a technical foul early in the game.

“The game’s lost before it even starts sometimes,” said Fennelly. “I think the ‘Baylor’ on the front of their jersey is a little intimidating. The only good thing about tonight is we don’t have to play them again.”

*** The Cyclones welcome another ranked team in No. 17 West Virginia this Saturday at 6:30 P.M.

WBB: Iowa State loses in overtime to No. 6 Mississippi State