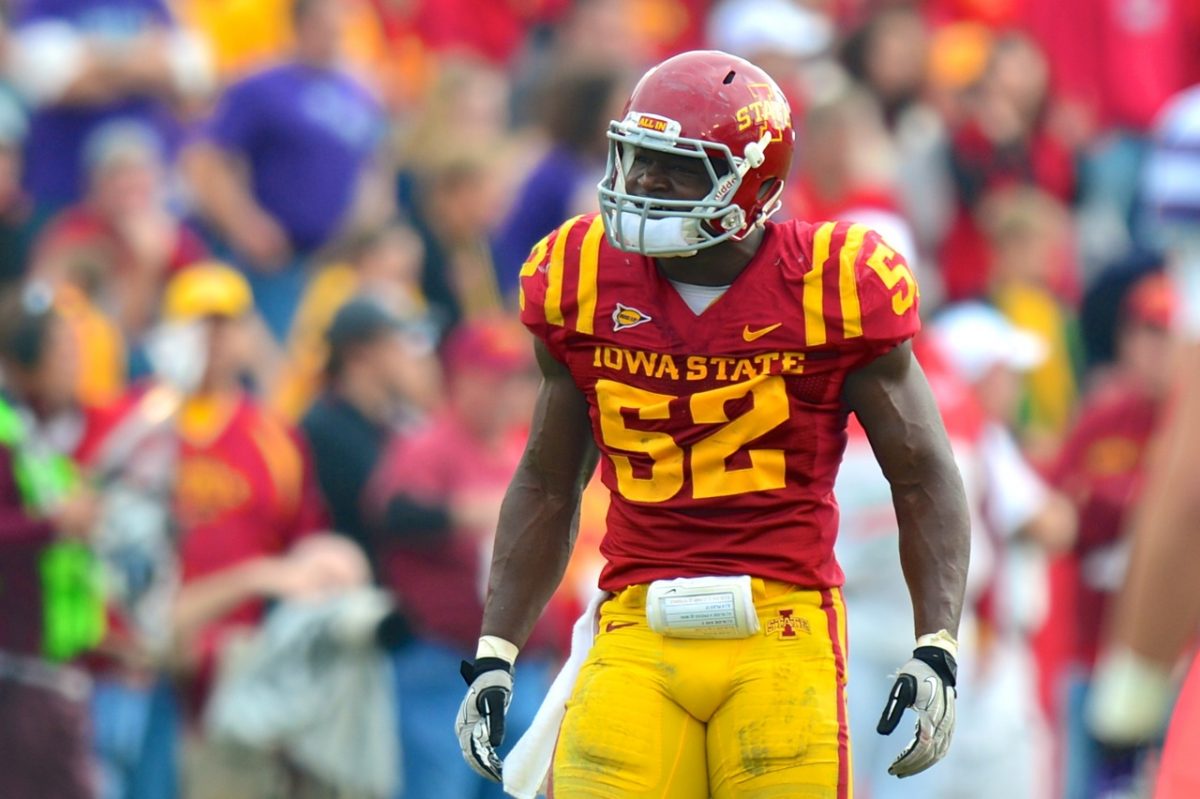 AMES, Iowa – The Iowa State football team held its annual awards banquet Sunday afternoon, as head coach Paul Rhoads handed out this season’s honors to the members of the team.

Senior linebacker Jeremiah George was a big winner, picking up the Pete Taylor Award as the team’s most valuable player and the Al and Dean Knudson Award for the team’s top defensive skill player.

The Dury Moss Outstanding Newcomer Award went to junior tight end E.J. Bibbs. Bibbs emerged as one of the best tight ends in the league, ranking second in the Big 12 for catches by a tight end with 39. The Second-Team All-Big 12 recipient was the only Cyclone to have multiple catches in all 12 games.

Juniors Cory Morrissey and Tom Farniok were awarded ISU’s top defensive and offensive lineman, respectively. Morrissey led all ISU down linemen in tackles with 52 and was second on the team in tackles for loss (6.5). Farniok will enter his senior season with the most starts (35) of any current player on the team. 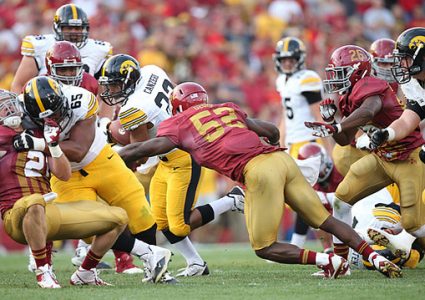