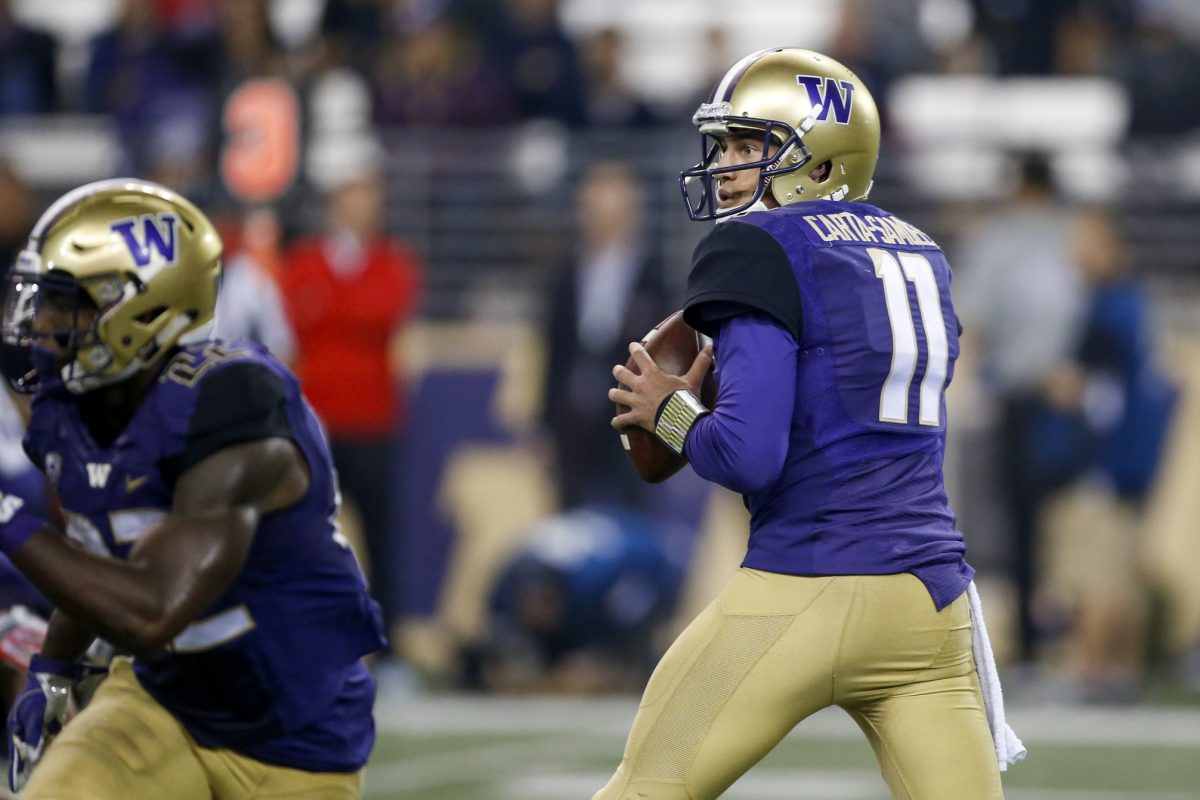 Carta-Samuels was rated as a four-star prospect and the No. 12 pro-style quarterback in the country coming out of high school in 2014. The San Jose, Calif. native was considered the No. 221 prospect in the class by 247Composite.

The 6-foot-2, 221-pound signal caller also held offers from Boise State, Arizona, Penn State and Vanderbilt after his career at Bellarmine Prep. He played in 14 games for the Huskies between 2015 and 2017 while backing up 2016 Heisman finalist Jake Browning.

Carta-Samuels completed 28 of his 48 pass attempts for 310 yards and three touchdowns during his Washington career.

Iowa State enters the offseason with two scholarship quarterbacks on the roster in redshirt sophomore Zeb Noland and true freshman Devon Moore, who missed the 2017 season due to an ACL tear suffered in fall camp.

2017 recruit Re-al Mitchell is expected sign with the Cyclones next week then join the program in January while Des Moines, Lincoln quarterback Will McElvain is committed as a preferred walk-0n.

That lack of experience in the quarterback room led to the belief that Iowa State would pursue a graduate transfer or junior college quarterback and with Carta-Samuels on campus, we know the Cyclones’ first target.