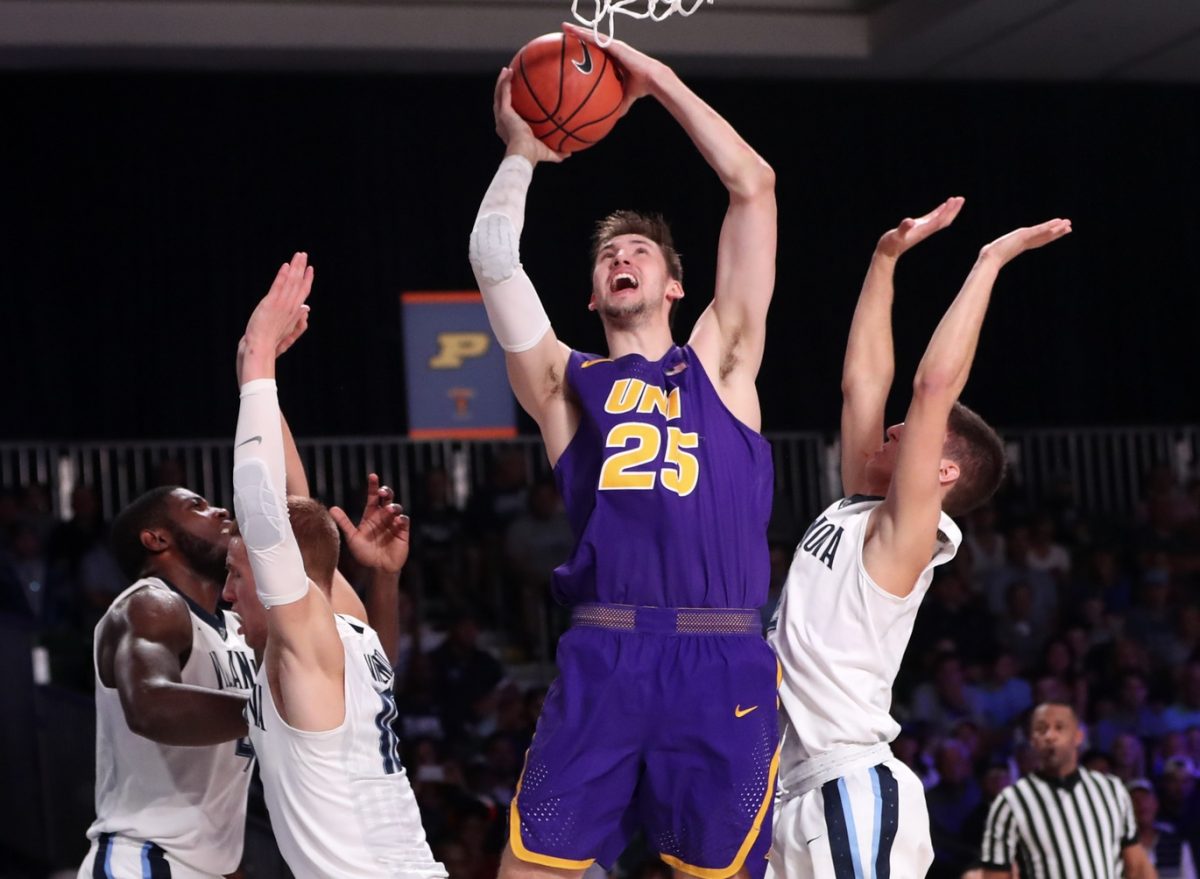 A clash of styles will take place Saturday in Des Moines when Iowa State takes on Northern Iowa at 3:30 p.m. at Wells Fargo Arena.

Northern Iowa, one of the best defensive teams in the country, will do everything they can to slow down an Iowa State offense that has been much improved throughout its current seven-game winning streak.

On the flip side, Iowa State will look to stop a strong interior game led by the Panthers’ 6-foot-10 senior center Bennett Koch and to speed up one of the nation’s slowest-playing teams.

Here are three things on the second half of Saturday afternoon’s Hy-Vee Classic.

1 — Can Iowa State speed up the Panthers?

Northern Iowa enters Saturday’s game as the No. 350 team nationally in adjusted tempo, according to KenPom. There are 351 teams in NCAA Division I men’s basketball.

Iowa State is not exactly playing Grinnell’s “system,” but the Cyclones have definitely been at their best this season when they’re able to push the ball in transition. Steve Prohm‘s team is averaging 1.145 points per possession in transition, according to Synergy Sports Tech, through nine games compared to 0.922 in the half-court.

2 — Can the Cyclones break an elite Northern Iowa defense?

The Panthers are in the 99th percentile nationally allowing only 0.737 points per possession. Only five teams in college basketball are posting a better number defensively and two of them are national title contenders.

Northern Iowa is especially good in the half-court when it allows just 0.705 points per possession, which is good for fifth nationally. The Panthers are fundamentally sound, physical and really know what they are doing defensively inside of Ben Jacobson’s system.

As mentioned above, this is a game where Iowa State will have to be at its absolute best offensively when it comes to moving the ball side-to-side, attacking gaps and making Northern Iowa defenders move. In past games between the two teams, including Iowa State’s loss in 2015, the offense tended to get stagnant and too reliant on dribbling.

That can’t be the case on Saturday.

“Defensively, their stats are off the charts,” Prohm said. “They’re going to make it tough for you to score. They’re going to play with a lot of confidence, a lot of swagger, a lot of toughness and they should. They’ve had a lot of really good wins. From (UT-Arlington) to UNLV to SMU to NC State, so it will be a great challenge for us.”

3 —  What does Iowa State do to slow down Bennett Koch?

Northern Iowa’s 6-foot-10 senior center has been one of the most efficient players in college basketball while averaging 15.1 points per game and shooting 60.7 percent from the field so far this season. The Ashwaubenon, Wis. native is averaging 1.119 points per possession so far this year for the Panthers.

I’m interested to see how Iowa State will deploy their defense to limit what Koch and 6-foot-7 Waverly-native Klint Carlson are able to do along the front line. The Cyclones had success while sending double-teams at Iowa’s posts last Thursday, but it helped that the Hawkeyes’ perimeter players struggled at knocking down open shots.

“They’ve got two guys up front,” Prohm said. “Those guys are good players. We’ve got to do a good job in the post, but we can’t give them anything easy.”