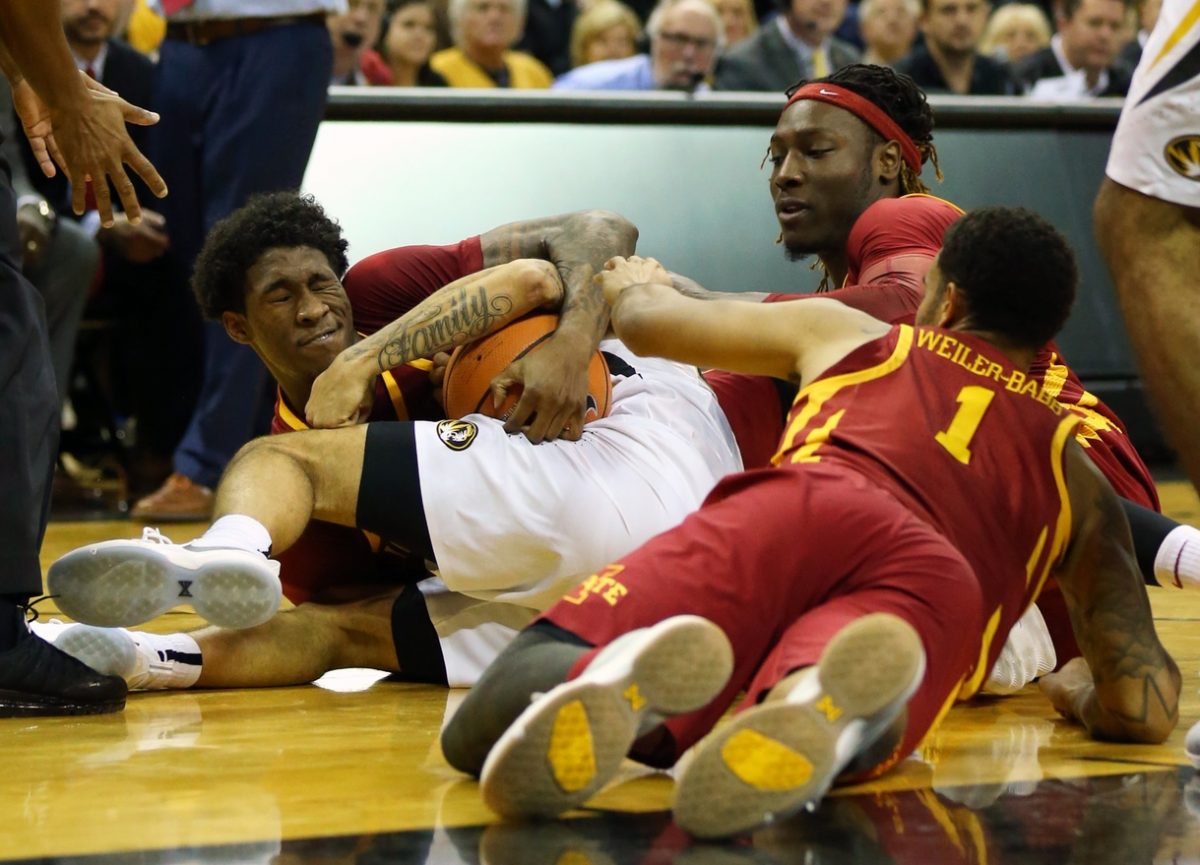 COLUMBIA, Mo. — Steve Prohm is glad Iowa State played the Missouri Tigers when they did.

Not because of the fact that Cuonzo Martin’s team full of freshmen could be better down the road, but for the fact that it shows Prohm and his staff exactly where their team is at to start the season. The Cyclones got one helluva a measuring stick in a 74-59 loss Friday night at Mizzou Arena.

“We needed to know kind of where we’re at as a basketball team and adjustments we need to make,” Prohm said. “Things that we have to really focus on. I thought this game showed us. We lost, but I thought there were some positives.”

Junior Nick Weiler-Babb showed his potential in scoring 14 points on 6-of-9 shooting and dishing five assists. The only problem was almost all of that production came in the second half.

Zoran Talley and Lindell Wigginton both scored double-figures in their Iowa State debuts, but it was too little too late before they truly appeared comfortable. Yeah, there were a few positives.

It was the negatives that stood out so glaringly, though. Poor rotations defensively leading to open shot after open shot. Inefficiency offensively, not just from the field or 3-point range where Iowa State combined to shoot 39 percent, but from the free throw line where the Cyclones were 5-of-11.

Iowa State needed this game to see where they’re at as a team, but what was seen cannot make many outside observers happy.

“I understand we’ve got a long ways to go from the standpoint of both ends of the floor,” Prohm said. “But I think we’re headed in the right direction from understanding what we’ve got to get better with. Obviously, it’s frustrating because we didn’t play great, but I’m glad we played this game. We know what we need to get better at.”

Anybody who watched Iowa State struggle mightily at times in an exhibition win over Emporia State had a feeling what this team was entering the season. There are a lot more questions than there are answers and that’s what happens when you essentially turn over the entire roster.

Things were tough Friday night in Columbia. Iowa State did not lead for a single second against a team that is probably going to end up being pretty dang good this season. Are you really that surprised?

We knew what this team was in the back of our minds — Friday just confirmed it.

“A work in progress,” Prohm said. “Win or lose, you play these games and then you look 25 games into the season the team that lost tonight may be doing a lot better than the team that won. You never know. I’m not talking about us two teams individually, I’m just talking about college basketball. That’s why you play these games early and that’s why it’s a good measuring stick, especially being on the road.”