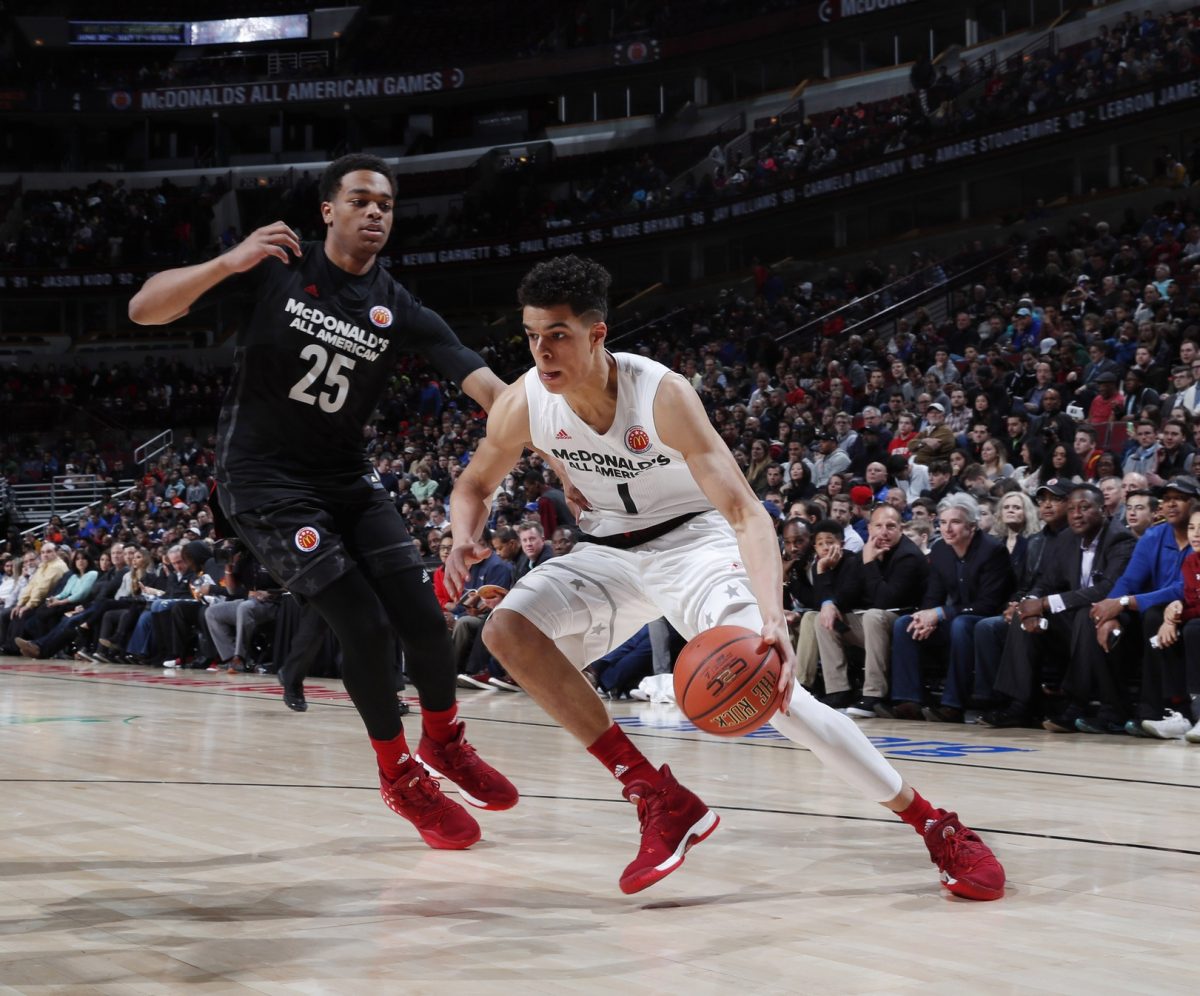 When you pull up Michael Porter Jr.’s profile on NBADraft.net, your eyes are immediately drawn to the NBA comparison — Kevin Durant.

It is not often a player who has never played in a college game projects similarly to one of the three best players in the world, but Michael Porter does. The 6-foot-10, 215-pound long-range sniper with elite athleticism was the No. 1 recruit in the 2017 class until Marvin Bagley’s reclassification and commitment to Duke over the summer dropped Porter one spot to No. 2.

Porter, who averaged 37 points and 14.3 rebounds per game as a senior at Nathan Hale High School in Seattle, will be waiting for the new-look Iowa State Cyclones when they take the court for their season-opener on Friday in Columbia, Mo. against old Big 8/Big 12 foe Missouri.

“He can make shots. He can jump over you and make plays,” Iowa State head coach Steve Prohm said. “He’s athletic. Good, humble kid. I don’t know much about him from that standpoint, but from what I’ve gathered he’s really competitive, really humble and, obviously, a really good talent.”

Lewis will play against Missouri; Lard not traveling with the team

Porter has NBA scouts drooling as they await his arrival in the league next summer. He is currently slated by NBADraft.net as the top pick in next June’s draft and the site’s scouting report says, “many scouts feel he would have been the first pick in drafts before and after his.”

Keep in mind, Markelle Fultz and Ben Simmons, the last two No. 1 overall picks to the Philadelphia 76ers, were pretty much unanimously considered the top players in their respective classes entering the draft. NBA people supposedly think Porter is a better prospect than both of them.

This is frightening when you think about how this Iowa State roster will match up with the Tigers. Iowa State’s closest player height-wise to Porter is Cameron Lard, but the redshirt freshman is a center rather than a long wing and will not even be with the team in Columbia due to a coach’s decision.

Iowa State’s best chances at slowing down Porter are most likely going to be athletic wings Nick Weiler-Babb and Zoran Talley. They are 6-foot-5, 205-pounds and 6-foot-7, 190-pounds or, in other words, still considerably outsized.

“Those are two guys that come to my mind right away,” Prohm said. “Just athletic, size, length that you can put on him. We’ll try different ways.”

Oh, by the way, Missouri’s roster also boasts Porter’s younger brother, Jontay, who reclassified from the 2018 class in which he was a five-star, top-30 prospect. Freshman Jeremiah Tilmon, a 6-foot-11, 258-pound four-star power forward, switched his commitment from Illinois to Missouri following new head coach Cuonzo Martin’s arrival in Columbia.

Jordan Barnett, Kevin Puryear and Terrence Phillips are all back after averaging double-figures for the Tigers last season. Simply, this roster is really freaking good compared to what anyone could have expected from Mizzou when this series was scheduled several years ago.

“They’ve got more than Michael Porter,” Prohm said. “Even though he’s the headline guy.”

***  ISU has won 19 consecutive season openers, with the last loss coming to Northern Iowa in 1997.