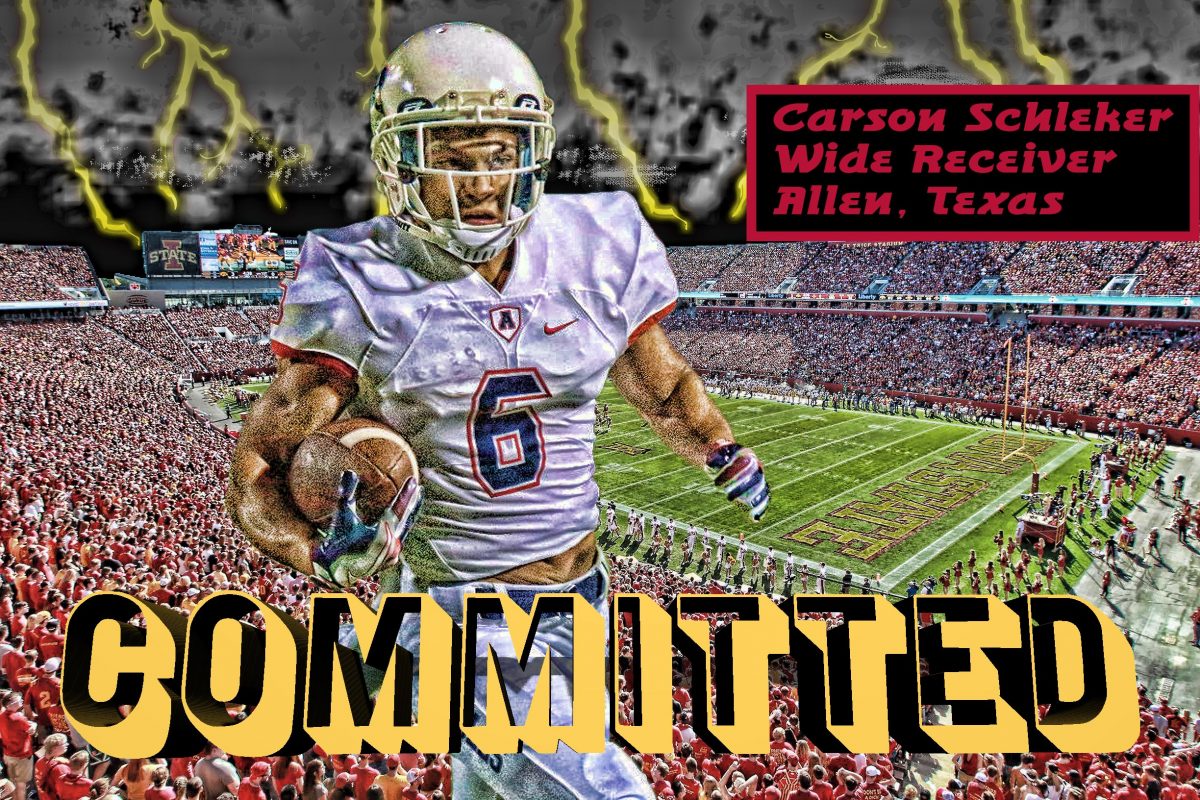 Iowa State wide receiver commit Carson Schleker will be Iowa State’s only official visitor this weekend for the No. 25 Cyclones’ homecoming matchup with No. 4 TCU, a source confirmed to Cyclone Fanatic.

This will be the 5-foot-9, 180-pound three-star’s first trip to Ames since an unofficial visit in May. The No. 979 prospect in the country, per 247Composite, and No. 150 wide receiver chose the Cyclones over offers from Utah, Wisconsin, Washington State, West Virginia, Louisville, Arizona and a host of others.

Schleker has been electric for 7-0 Allen High School so far this season catching 15 passes for 454 yards and seven touchdowns. He is averaging 30.3 yards per catch for the Eagles, who are ranked as the No. 3 team in Texas’ Class 6A by texasfootball.com.

Stay tuned to Cyclone Fanatic for any updates to this weekend’s visitors list.

RECRUITING: JUCO defensive back set to take official visit to ISU this weekend