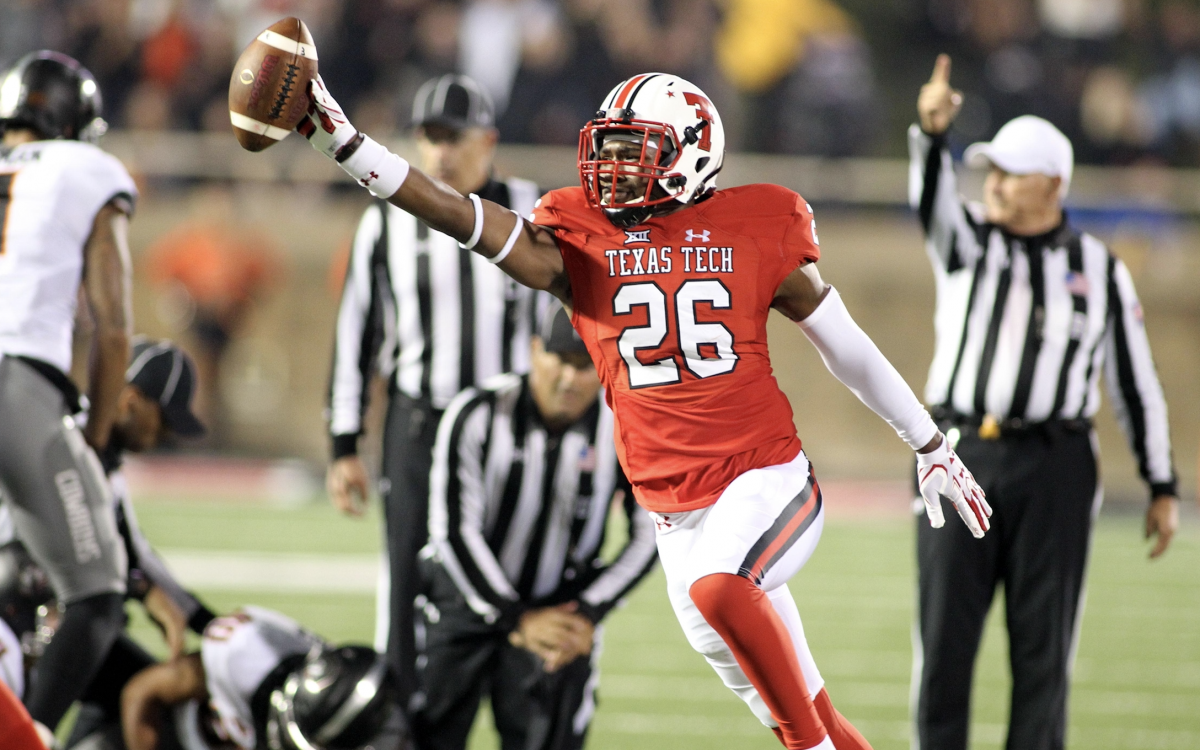 I’m torn on Tech’s defense. It’s rush defense numbers are really impressive when you break it down to yards per attempt. Against the pass though, the Raiders are abysmal. So are the rushing numbers because they are actually that good against the run or do teams just sense how poor they are against the pass? Offensively, you know what you are getting with Kliff Kingsbury’s offense. I just feel like I know more about Iowa State at this point in the season than I do Tech. I’ve gone down this road too many times with that program, where it shines in September and slowly withers into a bad 6-6 bowl game. I’m sold on the Cyclones. Let’s go.

I really like Iowa State’s ability to match up with the high-powered Tech offense. The 3-3-5 is a look that can do as good of job as any against the Red Raiders. Tech is due for a few mistakes as they have been dominant in the turnover game, which has been the biggest key for Tech’s success. As long as Kempt is solid and doesn’t force things, Cyclones get it done.

ISU defense is tailor made to slow down the Tech offense.  Continued discipline and containment on the edges and underneath leaves Tech with few options.  ISU offense will have a chance to learn from the Texas game and exploit a high pressure defense.  I think they will.
THE PICK: Iowa State 38, Texas Tech 24

So here’s the deal- I don’t know much about how real Tech is. They’re just as apt to win any given game by 25 as they are to lose it by 25, and have been since Kingsbury got there. I have faith in Heacock to find the weakness in the Tech offense to slow them down, then score JUST enough to beat them.

This is a showdown between two teams that are better than most had predicted back in August (in the CFB Analytics ratings Tech is 29th, and Iowa State 30th), and both teams have found a great deal of that success due to defenses achieving beyond expectations. The Red Raider defense is 32nd in adjusted yards per rush and 53rd in adjusted yards per play (not record setting, but a VAST improvement from last season) and the Cyclones are 15th (FIFTEENTH) in adjusted yards per play on defense.
The hope for Iowa State is to poke holes in that Red Raider rush defense on the edges where Tech has allowed over five yards per carry on rushing plays to either the left or right side. Up the middle their defense has been stout giving up just two yards per carry.
On the flip side, the Tech passing offense has been as efficient as usual, but the main area to watch is the middle of the field. Tosses to the outside account for 84 percent of their passing plays where Texas Tech averages eight yards per attempt. But when they hit in the middle of the field they gain an average of 15 yards per attempt. The Cyclones are going to need to cover like they did in Norman and get some production out of the offense to come home from Lubbock with a victory.
THE PICK: Texas Tech 43, Iowa State 36

This game is going to tell us a lot about Iowa State. Is Kyle Kempt more than a flash in the pan? Will the defense continue to play at a high (by ISU standards) caliber with its rush three, drop eight scheme? Can the Cyclones finally pull off a win in one of the toss-up games of the year? I’m excited, but cautious. ‘Clones in a nail biter.
THE PICK: Iowa State 42, Texas Tech 38

Was last year’s 66-10 rout of the Red Raiders in Ames an aberration? Yes. Was it important to Matt Campbell’s program? Also, yes. Expect nothing like that to happen here — for either team. Talent matches talent, but Tech’s defense is markedly improved (last week’s meltdown in Morgantown notwithstanding). As much as I’d like the Cyclones to improve to 3-1 in the league, I’m seeing a toss-up game Saturday, which typically favors the home team.

I’ve gone back and forth on this pick every 20 minutes for about three days. I will probably do the same thing throughout the day Friday so I waited until the last possible second to send in my pick (Sorry, CW). I think Iowa State will be able to move the football on Texas Tech, but I’m scared the Red Raiders will be able to do the same to John Heacock’s crew. In the end, I feel like the Cyclones will do a good enough job of controlling the football, David Montgomery goes over 100 yards and the fastest white person he’s ever seen (Trever Ryen) catches a touchdown in the fourth quarter to clinch it.
THE PICK: Iowa State 38, Texas Tech 35