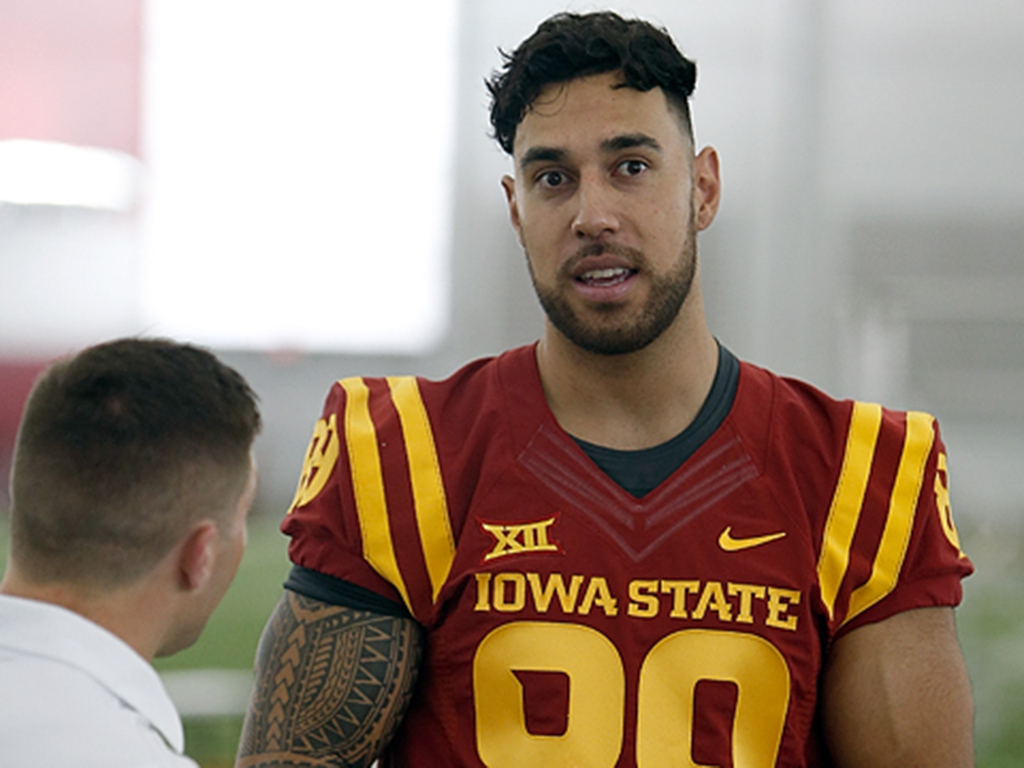 Both players have missed significant time this season after figuring to be key components of Iowa State’s 2017 team.

“I think both guys are probably close to that boat right now,” Campbell said. “We’ll kind of see here what happens in the next week and a half, two weeks, but both those guys we think have great futures, whether it’s this year or whether it’s down the road. We’ll make a really good decision on that, but they’ve missed significant time here now of late and I think you want to do what’s best for the team first and then what’s best for them as well.”

Leo, who was rated as the No. 34 JUCO player in the country by Scout appeared in the Cyclones’ first three games on special teams but has been sidelined since the win over Akron.

Lang played in the Cyclones’ season-opening win over Northern Iowa, rushing for seven yards on three carries, and the win over Akron, in which he had one carry for -2 yards. He has not seen the field since after sustaining a shoulder injury.

Players can appear in up to 30 percent of the team’s games before they are ineligible for the medical redshirt.

“It’s pretty cut and dry, absolutely,” Campbell said about the timeline for making medical redshirt decisions. “So you kind of know where those fall and you know if that’s a possibility by this time in the season. “