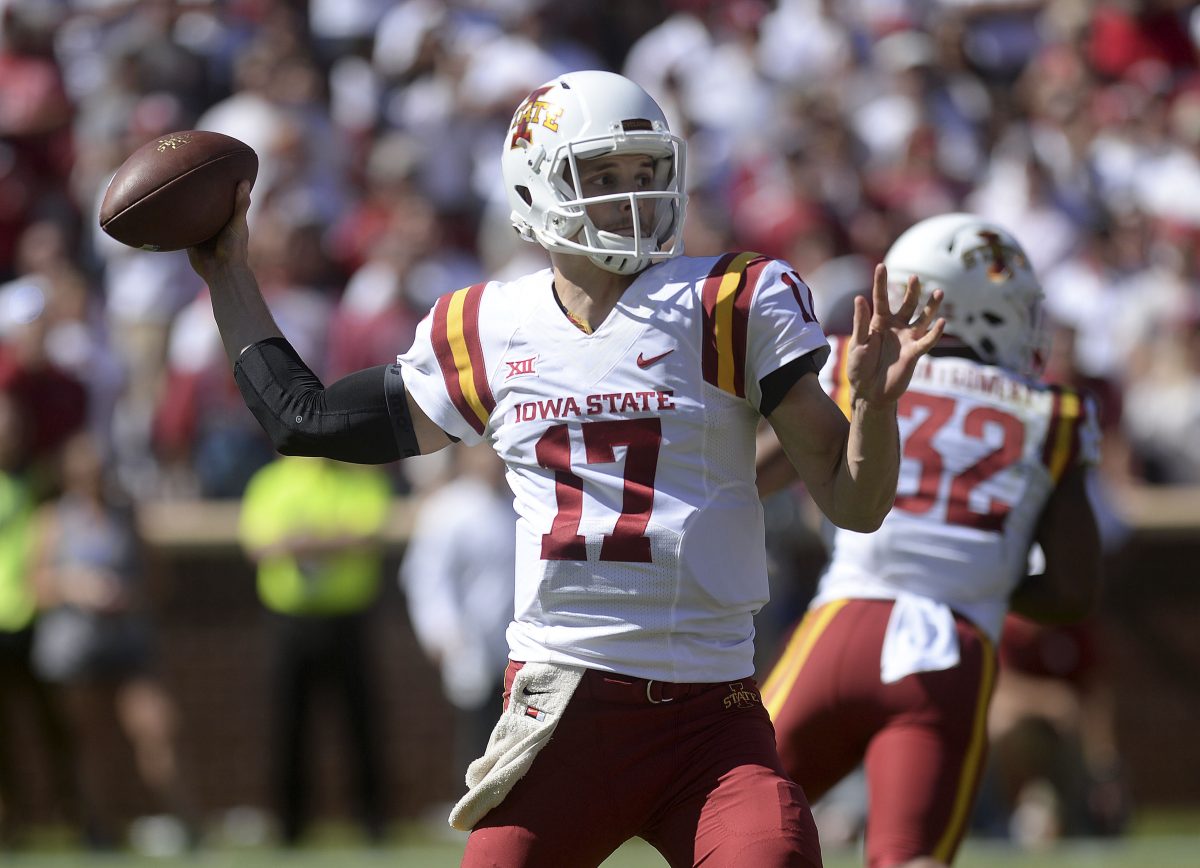 Lanning recorded eight tackles, a sack and a fumble recovery for the Cyclones’ defense while also adding two completions for 25 yards and nine carries for 35 yards on offense. He was named the Walter Camp National Defensive Player of the Week on Sunday.

Kempt completed 18-of-24 passes for 343 yards and three touchdowns in his first collegiate start. His 96.8 quarterback rating was the third highest in the country for week six.

Iowa State will host Kansas at 11 a.m. on Saturday in Jack Trice Stadium.