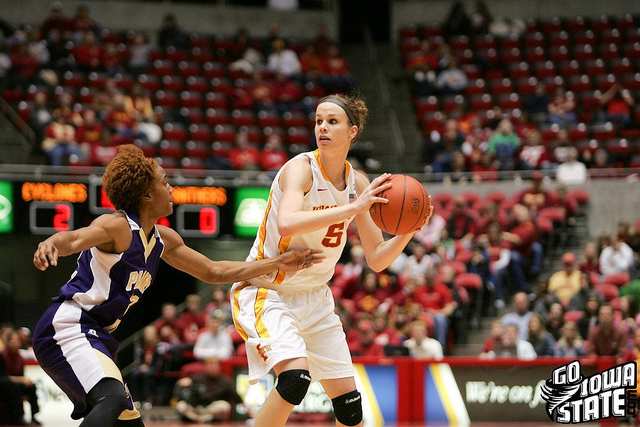 IRVING, Texas – Iowa State senior forward Hallie Christofferson was named this season’s first Big 12 Player of the Week, the league announced today. This is her second-career weekly honor, as she garnered Freshman of the Week honors in 2010.

Christofferson tallied a career-high 32 points and 11 rebounds in Iowa State’s 84-55 win over North Dakota. Her 32 points is tied for the 10th-most scored in ISU history. It also marked her 12th-career double-double. Christofferson was one of 10 Big 12 players to record a double-double in the first week of play (including teammate Kidd Blaskowsky), and her 32 points led all Big 12 scorers.

Christofferson went 11-for-18 from the field at a .611 clip, tying a career high in field goals made and setting a career-high with 18 field goal attempts. She also went 7-of-8 (.875) from the free-throw line.

Christofferson and the No. 20/22 Iowa State Cyclones return to the court on Wednesday at 7 p.m. to take on the South Dakota Lady Coyotes in their second game of the season. 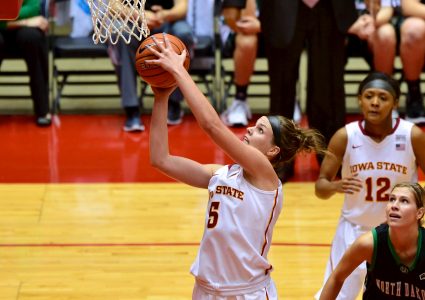