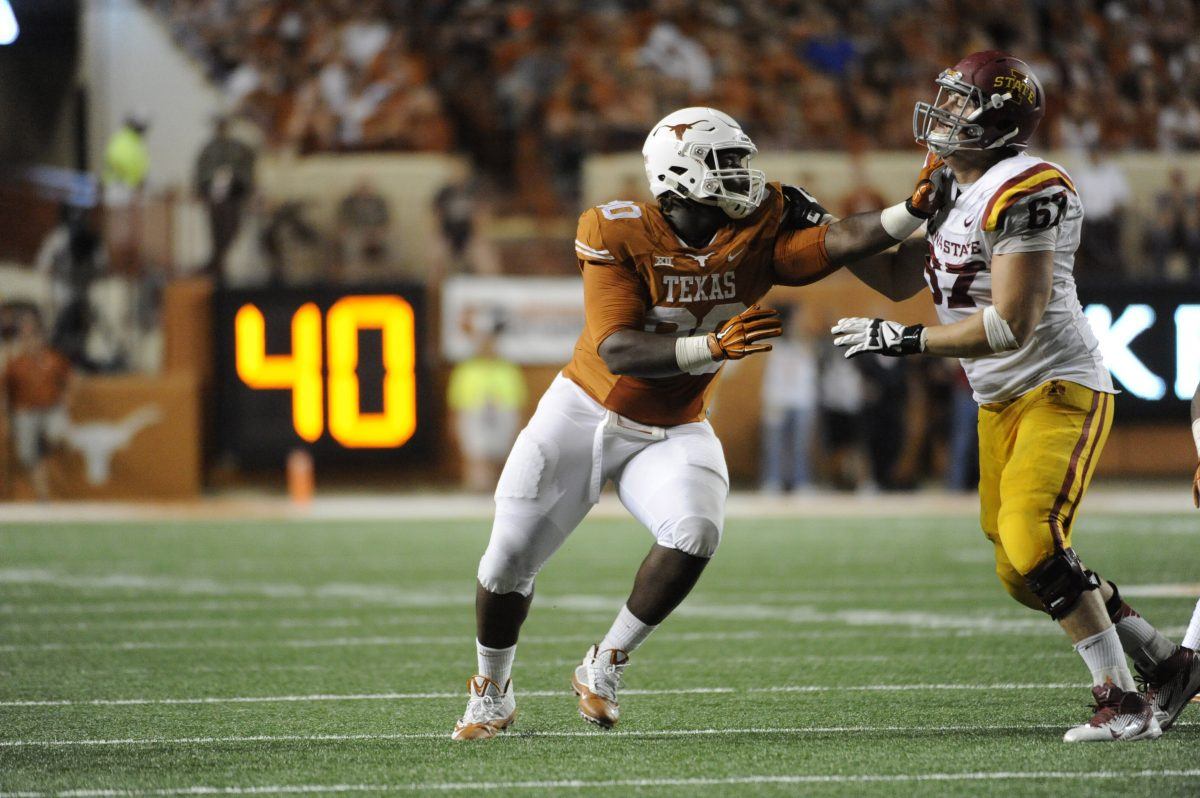 It has been quite awhile since we put together a mailbag here at Cyclone Fanatic so I took it upon myself to do just that this week. I asked the folks on the forums and my followers on Twitter for questions and I got more responses than I ever have.

For that reason, I have assembled what I am going to call the MegaMailbag.

I tried to keep it even between Iowa State and non-Iowa State related questions, but with it being summertime, a lot of the question I got were off-topic so there is one more of those included. With that said, let’s get to answering.

With all the recent changes, what is your starting offensive line for the UNI game? – spierisu on the forums

As of today, from left to right, I’d guess it will be Bryce Meeker, Oge Udeogu, Julian Good-Jones, Robbie Garcia and Jake Campos.

Sean Foster will definitely be right in the mix at left tackle. I think Iowa Western transfer Josh Knipfel will be a wild-card at one of the guard spots.

What is the next biggest facilities priority (if any) for the Athletic Department? – Sigmapolis on the forums

The answer to this question became pretty clear when we got a chance to talk to Jamie Pollard during the Cyclone Tailgate Tour. It appears as though the facilities focus has shifted towards an Athletic Performance Center and continuing to grow the emphasis on nutrition and other sports sciences.

Pollard didn’t really give us any sort of timeline on it, but I think this is likely to be the next big facilities upgrade Iowa State makes.

What are the expectations for new RB Johnnie Lang in 2017? – DandyCyclone on the forums

My guess is Lang will find a role as the team’s third running back behind David Montgomery and Mike Warren. That is assuming Kene Nwangwu isn’t able to play this season after suffering an achilles injury in the winter. But, keep in mind it has been more than a full year since Lang played in a competitive football game.

Realistically, I expect he’ll battle with Sheldon Croney for that third spot on the running back depth chart.

Assuming Jacob Park and Allen Lazard stay on the field, how many of those six records are broken this year? And rank those records from easiest to break to toughest? – RealisticCy on the forums

Park completed more than 59 percent of his passes last season despite making a late arrival to the team and, from all accounts, he’s grown exponentially in the offense during the offseason. Plus, the multitude of weapons at his disposal make me pretty confident he’ll take down the passing touchdowns record.

As far as the receiving records, Lazard had seven touchdown catches last season, while Deshaunte Jones could be a dark horse to break that record after he had six touchdowns as a true freshman. My only concern with that record is Iowa State’s receiving corp is as deep as its ever been and there will be a lot of guys capable of making big-time scoring plays. Will one guy get targeted enough in scoring situations to break it?

Also, based on the way Park relied on Lazard late in the season, I’d say he could break the receiving yards record pretty comfortably.

Here’s how I’d rank them:

What will the starting lineup and rotation look like for basketball next year if we don’t add anybody else? – CyTwins on the forums

In other words, as of today, I think all nine guys who are eligible to play will be in position to do so.

The following questions are more off-topic, but I like them and I’m the one putting the mailbag together so they got to be included.

Favorite type of sandwich? – CyArob on the forums

B-Bops single cheeseburger with only ketchup and mustard. I’d eat them for every meal if I could and I’d only be a little bit ashamed.

Apart from ISU, which football team do you think will take the largest step forward this year? How about largest regression? – MeowingCows on the forums

This is a little bit outside the box, but keep an eye on Oregon State as a team to make some noise in the Pac-12 this season. The Beavers went 4-8 last season with a sophomore quarterback, sophomore and freshman running backs, four sophomore and two freshman receivers and the defense returns 13 of its top 16 tacklers from last year.

I’ll pick Michigan to regress in 2017. Jim Harbaugh’s group will always be salty, but they’ll be forced to replace 17 starters from last year’s team, including the leading rusher, top three receivers and a Heisman-finalist defender. Harbaugh has recruited really well, but I still think the Wolverines are in for a step-back year.

Do you watch the college baseball tournament? Why or why not? – NetflixAndClone on the forums

Growing up in Western Iowa, the college baseball tournament season was one of my favorite times of the year. I went to at least one game at every College World Series from when I was a fifth grader up through my first two years of college.

Since I made the permanent move to Central Iowa, I have paid less and less attention. I watched more this year since my roommate’s brother is on the Iowa baseball team and he’s a Council Bluffs-native so there’s a chance we’ll take in a game during the series this year.

It just isn’t as relevant to me anymore since I’m no longer a frequent visitor of TD Ameritrade Park.

First of all, Lee, why do you have so many dang numbers in your handle? I’m not a numbers guy and getting that sequence right was way too difficult.

As far as your question, I spent the summers after my junior and senior years of college in Ames and I enjoy it more than I do during the school year. Ames in the summer is sneaky fun.

I lived at the Grove one year so I was a frequent visitor of their pool, but I also spent a lot of time calling baseball games with 1430 KASI’s Dave Sprau. I’d say those were my two favorite things to do during the summer months.

Will we see LeBron vs. Golden State part IV? V? How many sequels do they plan on filming? – CYCLNST8 on the forums

I’d put my life savings on seeing at least one more matchup between LeBron and Golden State in the Finals. However, stay woke on the fact that LeBron could potentially be preparing to make a move West after next season. In that case, we could see LeBron vs. Golden State in the Western Conference Finals for several years, too.

… and that was talking soccer. – srjclone on the forums

There are probably a lot of people who won’t understand the second line, but I do and I hope srjclone knows how hard it is for me to not say what Big Cat and PFT keep telling us not to say when we come across another Pardon My Take listener.

As far as it goes with Pulisic, he can’t do any worse than any of the past 10 guys who were supposed to make soccer relevant in America, right?

And that was talking soccer.