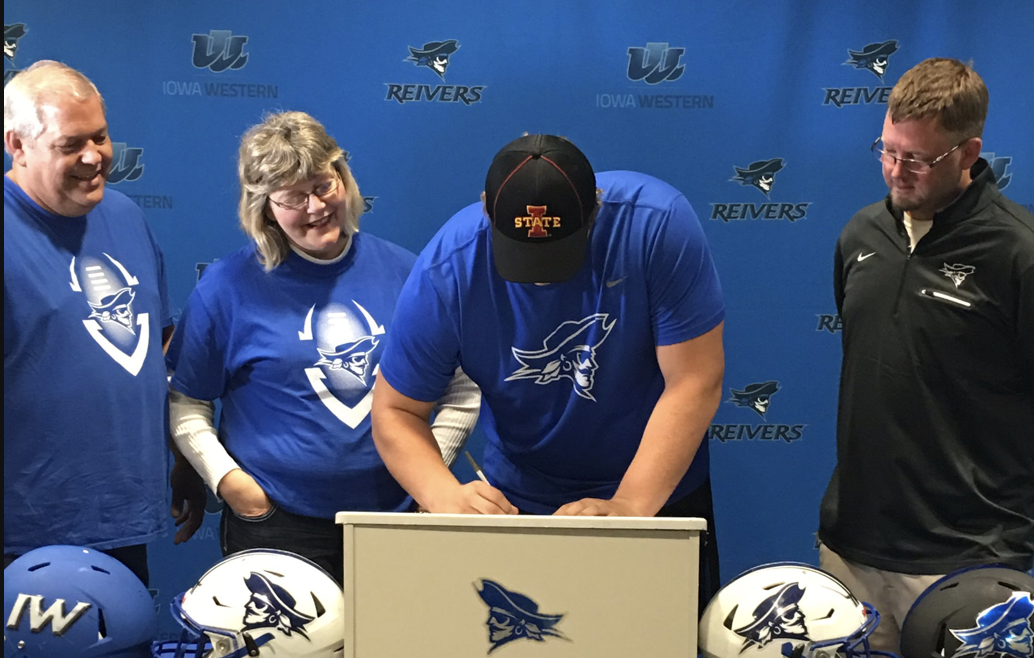 Iowa Western Community College offensive lineman Josh Knipfel officially signed his National Letter of Intent with Iowa State on Tuesday, according to the JUCO program’s Twitter account. The 6-foot-6, 315-pound prospect will be eligible to play for the Cyclones this fall.

He’ll have four years to play three after being a full qualifier out of high school and only playing one season for the Reivers.

Knipfel chose Iowa State over other offers from Michigan State, West Virginia and a few other programs. Northern Iowa was the only Division I program to show interest in Knipfel after a prep career at Hampton-Dumont that was capped by multiple all-state selections as a senior.

Birdie told me the other night if this Knipfel kid committed that he was good enough to possibly start on day one.

Stay tuned to Cyclone Fanatic for more on Knipfel’s signing.