The 2018 prospect will reclassify to 2017 and be eligible to play this fall, a source confirmed to Cyclone Fanatic.

The 6-foot-6, 315-pound Hampton, Iowa native also held offers from Michigan State and West Virginia. He was a full qualifier out of high school at Hampton-Dumot which allows him to be eligible in 2017.

He’ll have four years to play three in Ames. 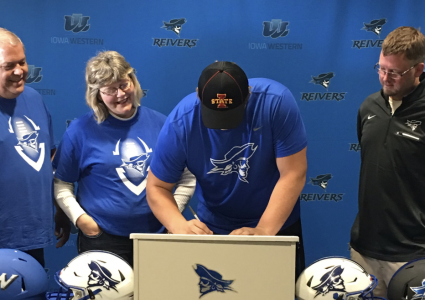