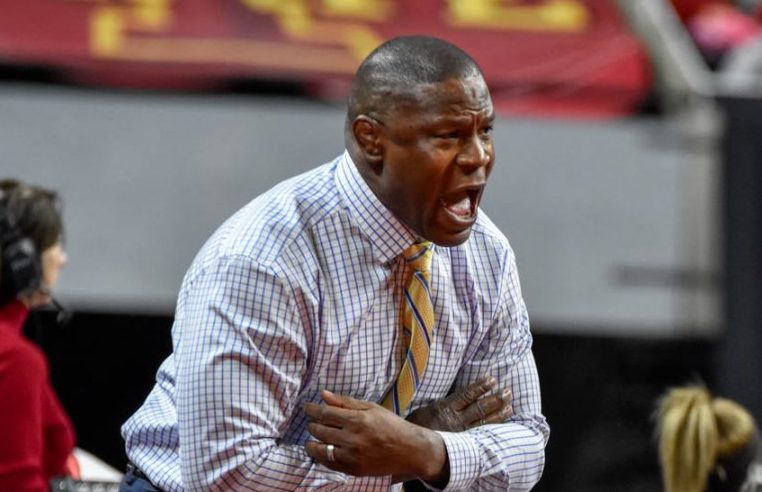 AMES — As Kevin Jackson put it in his press conference,, there is no reason that the Iowa State wrestling should be 1-9 in duals.

Last week, Jackson announced that he will be stepping down as head coach at the end of the season. On Monday, he spoke about that decision for the first time.

“I just talked to Jamie (Pollard) and we had been talking throughout the season,” Jackson said. “We just wanted to take the pressure off the kids and allow them to finish off their season way without the distraction.”

Jackson and Pollard didn’t want the head man’s job security to be a distraction for the rest of the season. Some may argue that a coach resigning midway through the season could become an even bigger distraction, but Jackson doesn’t feel like that will be the case.

“The kids are pretty resilient,” Jackson said. “They get over things pretty quick.”

Last week’s news has affected recruiting though as there have been several recruits who have asked for a release from their National Letter of Intent. Not only that, but the unknown has naturally caused some unrest with some of the current wrestlers. Jackson is urging the current group of recruits to stay with Iowa State as he sees it as a great opportunity.

“I want to make the sure the guys that are in the wrestling room right now stay with the program,” Jackson said. “(And) move forward knowing Jamie’s going to do a great job in picking the best person for the job.”

Jackson also noted that he believes whomever gets selected as the new head coach will ultimately be successful. Next year, Iowa State will return the likes of freshmen Kanen Storr and Ian Parker, who wrestled unattached this season. Both wrestlers recently competed at the Dave Schultz Senior Level tournament and both fared well. They both were the top-two United States 61 kg finishers at the tournament. Match those two plus last year and this year’s recruiting classes, which were both ranked in the top-10 in the nation, and Iowa State’s wrestling program seems to have a bright future.

Jackson also believes that Pollard will waste minimal time in finding his replacement. However, for Iowa State who have questioned Pollard’s support of wrestling, Jackson put those thoughts to rest.

“For sure we (get the support Iowa State needs),” Jackson said. “When you look at our facilities, what we pay our coaches, everything about the program, Iowa State University has invested very well in the program.  That’s going to continue, that’s never changed.”

While everyone is concerned about finding new coach, Jackson is solely focused on the rest of the season, as Iowa State still has Pittsburgh, West Virginia and Minnesota left on its regular season schedule.

“The big picture is, lets get these seniors to finish off the season the right way,” Jackson said.