AMES — The Iowa State Athletics Department announced today that it has extended the contract for Head Wrestling Coach Kevin Jackson through the 2018 season.

Jackson led the Cyclones to an 11-2 dual record and the best winning percentage at the school since 2010. Iowa State finished the regular season ranked eighth nationally. ISU was Big 12 runner-up for the second time in three seasons and qualified seven wrestlers for the 2015 NCAA Meet.

“The progress made this season was a positive indicator for the future of Iowa State wrestling,” acting Director of Athletics and wrestling sports administrator David Harris said. “We are committed to helping Kevin build and sustain a nationally prominent program and we are excited about the prospects for the future.”

Senior Kyven Gadson was the star pupil under Jackson in 2015 as he compiled a 30-1 record and captured both Big 12 and NCAA Championships at 197 pounds. Gadson earned bonus point victories in four of his five wins on the way to becoming the 69th NCAA Champion in school history.

Jackson, a 1992 Olympic Gold medalist, has led the Cyclone program for six seasons. During that time, he has coached four national champions and one Olympic Gold Medalist (Jake Varner) at ISU. 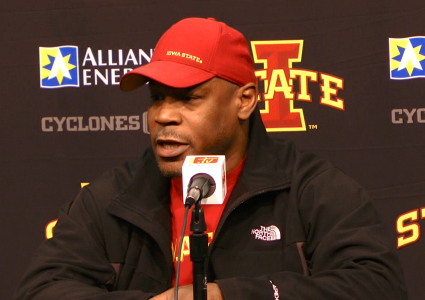 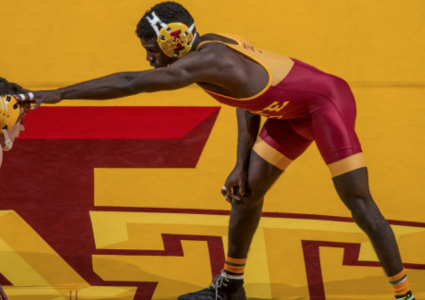