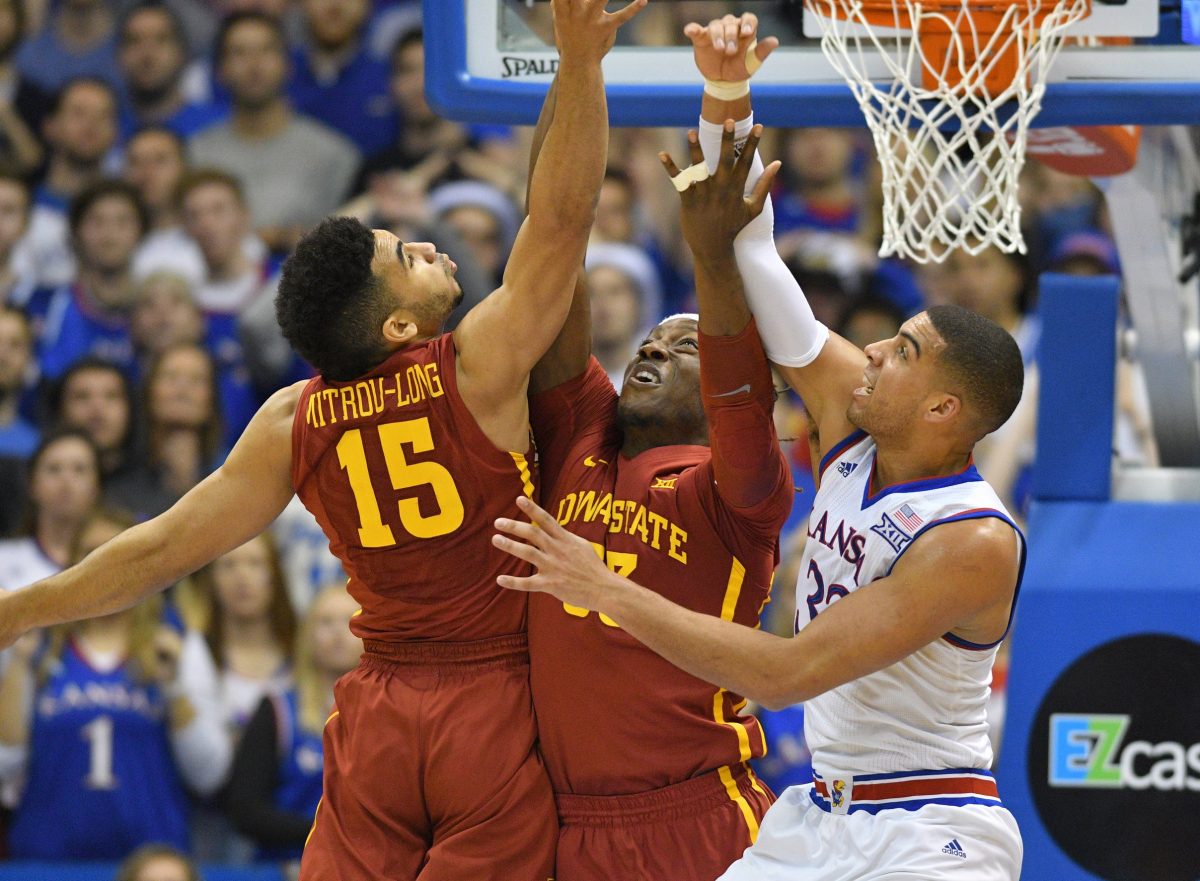 Mitrou-Long pulled out his phone, eager to scan what else happened in the Wild West-like landscape more blandly known as the modern-day Big 12.

“After every game that’s actually the first thing I do,” said Mitrou-Long, who’d scored 22 points and drilled 6 of 11 3-pointers in the signature triumph.

Naz was, of course, surprised by what he saw, which, of course, is no surprise. It’s simply par for the course in America’s most deep and dangerous conference, where 37 of 50 league games entering Monday had been decided by 10 points or less.

You’re hot one minute, cold the next. Top of the world on Big Monday, searching for answers the following Saturday — or vice versa.

“It was nuts,” said Mitrou-Long, who hopes to help churn out another road win in Tuesday’s 8 p.m. showdown at talented, but erratic Texas. “I actually have (the) WatchESPN (app) so I pulled up the Kansas State-Baylor game ASAP, and to see that type of stuff, it goes to show that you can’t sleep on anybody in this league. It sucks, because when we get to the NCAA Tournament we’ve all beat up on each other, but you’ve got to push through.”

Rinse, repeat, get up for battle again. Clinging to memories, good or bad, puts the present tense in peril. And Tuesday, that puts the Cyclones (14-8, 6-4) at Austin against a Longhorns team (9-14, 3-7) that’s won two straight at home.

“When something good happens, be careful, because that’s the time you can start getting too proud,” said ISU coach Steve Prohm, whose team hopes to improve to 4-2 on the road in conference play. “We’ve got to be humble and we’ve got to build off this. That win’s only going to be as good as what we do over the next couple of weeks. We’ve got a great opportunity this week to get another tough road win.”

It’s never easy. Losing can be. Winning never is.

“Every game is just as important as the last,” Mitrou-Long said. “I’m humbled by the losses and even-keel with the wins, and understand that this Texas game on the road is just as big as any game we’ve played and it’s the most important game of our lives come Tuesday.”

Texas features talented big Jarrett Allen (12.7 points, 8.4 rebounds, 1.6 blocks) and an array of young explosive guards led by Andrew Jones (11.2 points, 47 percent field goal shooting). The Longhorns are 12-2 all-time against the Cyclones at home and that’s the only version of the Burnt Orange Prohm is prepping for.

“They’re 9-4 at home,” said Prohm, who’s team lost 94-91 in overtime last season in Austin. “They have an edge to them at home and they play with a great passion. We’ve got to be ready. We’ve got to be ready to match their intensity and we’ve got to get back in transition so we don’t give them anything easy to really get them kick-started.”

If that doesn’t happen, the postgame phone check won’t be remotely enjoyable. The surprises will be framed by bitter disappointment. The talk will center less on building off a first win at Kansas in 12 years, and more about “getting one back” amid the unrelenting grind of this Big 12 season.

In other words, a “signature win” means little, unless many more signatures are acquired.

“I hope that’s not our moment,” Prohm said. “I hope there’s a lot more moments that we have this year, whether it’s road wins in conference, whether it’s great home wins, whether it’s NCAA Tournament wins. That’s our focus. That’s all it needs to be.”

Deonte Burton‘s sterling line of 29 points, eight rebounds (all in the second half) and six steals in the win at Kansas fully fleshed out the impressive numbers that signified a powerful performance.

Burton’s snared three or more steals on four of the last five games — and at least two in 9 of the last 10, but Prohm isn’t always happy with the level of risk involved with his exploits.

“Coach doesn’t like it,” Burton said with a laugh Monday before practice. “He tells me to stay home and stop cheating, but I just, I like to gamble I guess you could say.”

Why not? And it’s a stretch to say Prohm “doesn’t like” that aspect of Burton’s versatile game. He’s a big-picture guy — and Burton, as of late, has contributed greatly on both ends, despite the occasional and seemingly inevitable “oh no” moments.

“We need him to be efficient every game and I thought he made good strides on Saturday,” Prohm said.

Before and after almost every practice, Monté Morris and Donovan Jackson work on a play. Morris drives the lane and draws in defenders. Jackson settles into a spot in the corner and waits for the deft kick-out pass.

So when that opportunity presented itself with 31 seconds left in the win at Kansas — and Jackson canned a 3-point to put ISU up four — count him as one of the least surprised people in storied Allen Fieldhouse.

“We work on that all the time, just fill in to the corner and stuff like that, and I saw it was open and I just knew Monté was going to make that play,” Jackson said. “So I was there ready to make that (shot).”

He’s ready for more, too.

“It’s big-time because now i think I’ve kind of got some trust within our coaching staff and our players, that I can be out there with them,” said Jackson, whose scored in double-digits in three straight games. “I’m just going to keep playing as hard as I can and hopefully we get to the top.” 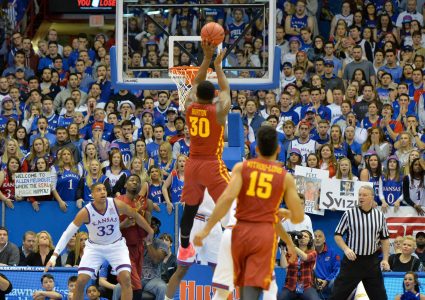 WILLIAMS: Cyclones finally got over the hump, in a BIG way 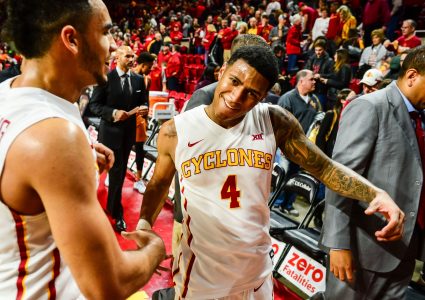