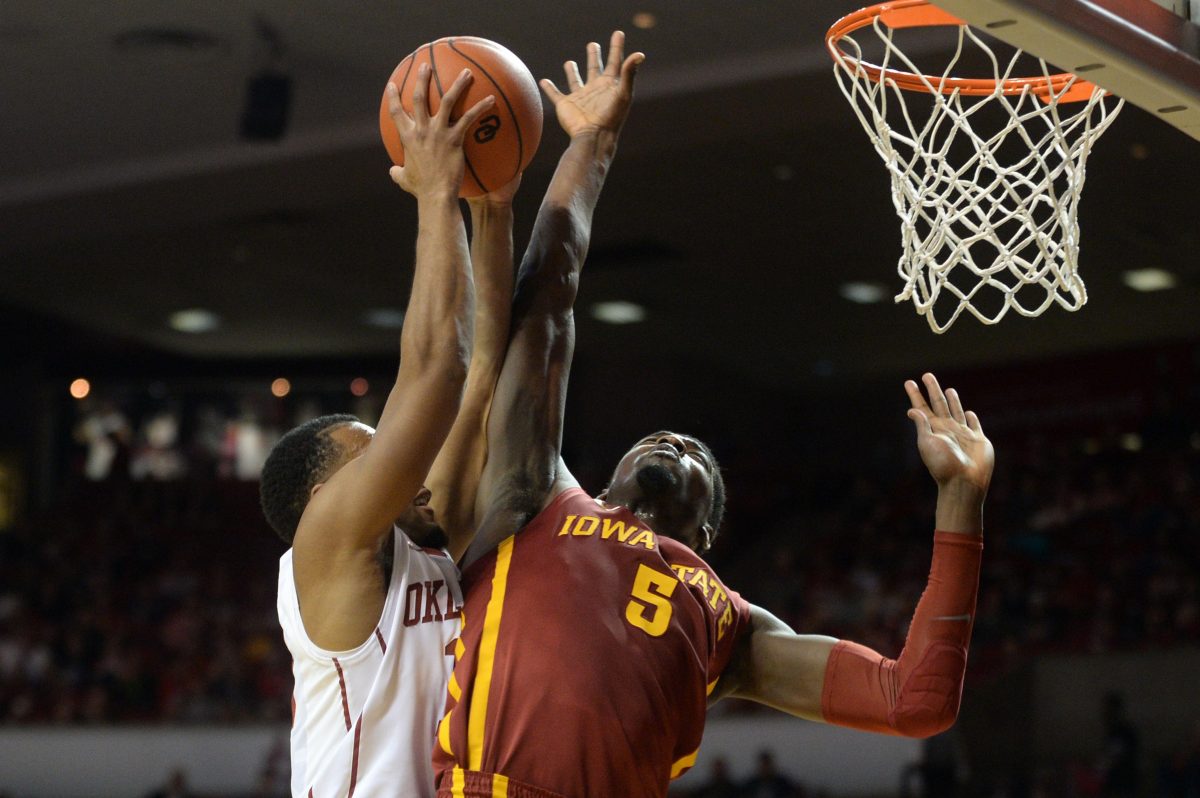 Just 9:10 remained in the first half on Saturday in Norman when Merrill Holden checked in for Iowa State. The Cyclones trailed Oklahoma 25-9 and had struggled to find traction on either end of the floor.

During those final nine minutes of the first half, Holden didn’t score a point. He missed three free throws and had two turnovers. He did grab four rebounds while block a shot though.

Most importantly, he brought a toughness to the paint that Iowa State hadn’t had in several weeks. The 6-foot-8 senior brought an activity level that kept the Sooners from getting easy looks in the lane.

By the end of the game, which ended as a 92-87 Cyclone victory after a pair of overtimes, Holden had the highest plus/minus of any player on Iowa State’s team. The Cyclones out-scored Oklahoma by 17 points while Holden was on the floor.

“Everybody’s going to sit there and say, just like I probably did, ‘Man, he should’ve played him against Kansas. Why didn’t he play him against TCU,’” Iowa State head coach Steve Prohm said. “But would you have gotten the same effort, same focus? You never know. You can’t go back and say that because he wasn’t producing like that when he was playing.”

During the previous five games Holden played, he had grabbed one rebound, which came in the loss to Iowa on Dec. 8, and scored five points. That lack of production led to the three-game stretch in which he remained on the bench, passed up in favor of a smaller, quicker lineup.

He sat and watched while Iowa State was owned in the paint by TCU and Kansas. While the Cyclones looked helpless at times in the lane, the graduate transfer from Louisiana Tech was sitting helplessly on the bench.

Holden swallowed his pride and marched into Prohm’s office last week after the loss to the Jayhawks. He wanted to know what he had to do to get back on the floor and how he could help his team.

The time on the bench had humbled him. He was ready to do what he needed to in order to help the Cyclones win games this season.

“You talk a lot of times and everybody agrees when they leave but that doesn’t mean anything’s going to change,” Prohm said. “He came in with a humble heart. Really put a lot of it on him. ‘Coach, you gave me opportunities and I didn’t get it done. I came here with probably the wrong focus of, hey, I want to score and this and that.’ That’s not what we need. We need a presence around the rim to get deflections, block some shots, at times, and to rebound and defend and just be big. Use your size and length. He bought into that. He sold out to that.”

That buy-in was immediately apparent once Holden saw the floor in Norman. He didn’t look lost on both ends of the floor. Even though he fouled out of the game, he wasn’t committing silly fouls.

Offensively, he wasn’t taking ill-advised shots or letting the ball stick in his hands.

He was running rim-to-rim, setting screens and helping his teammates create looks at the rim. Once the shot was up, Holden was crashing the glass to try and create another Cyclone possession.

This year’s Iowa State team doesn’t need Merrill Holden to score points. They need him to rebound, defend, set good screens and be active. In order to max out, this Iowa State team needs the Holden that walked on the court in Norman.

Holden was able to buy-in to get himself back on the court, but we’ll find out on Tuesday when Kansas State visits Hilton Coliseum (8 p.m. on ESPNU) if he’s going to buy-in enough to keep himself there.

“Now the toughest thing to do at this level, or in any kind of sports, is to keep him selfless again today and selfless again tomorrow,” Prohm said. “When we do that, we’ve got a good basketball team.” 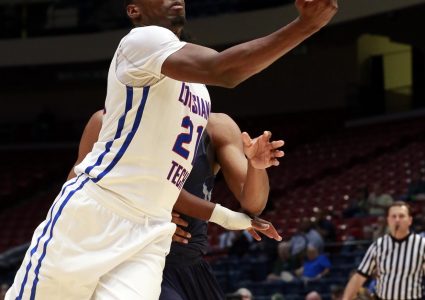 BUILT ON TRUST: Steve Prohm focuses on team bonds in advance of K-State