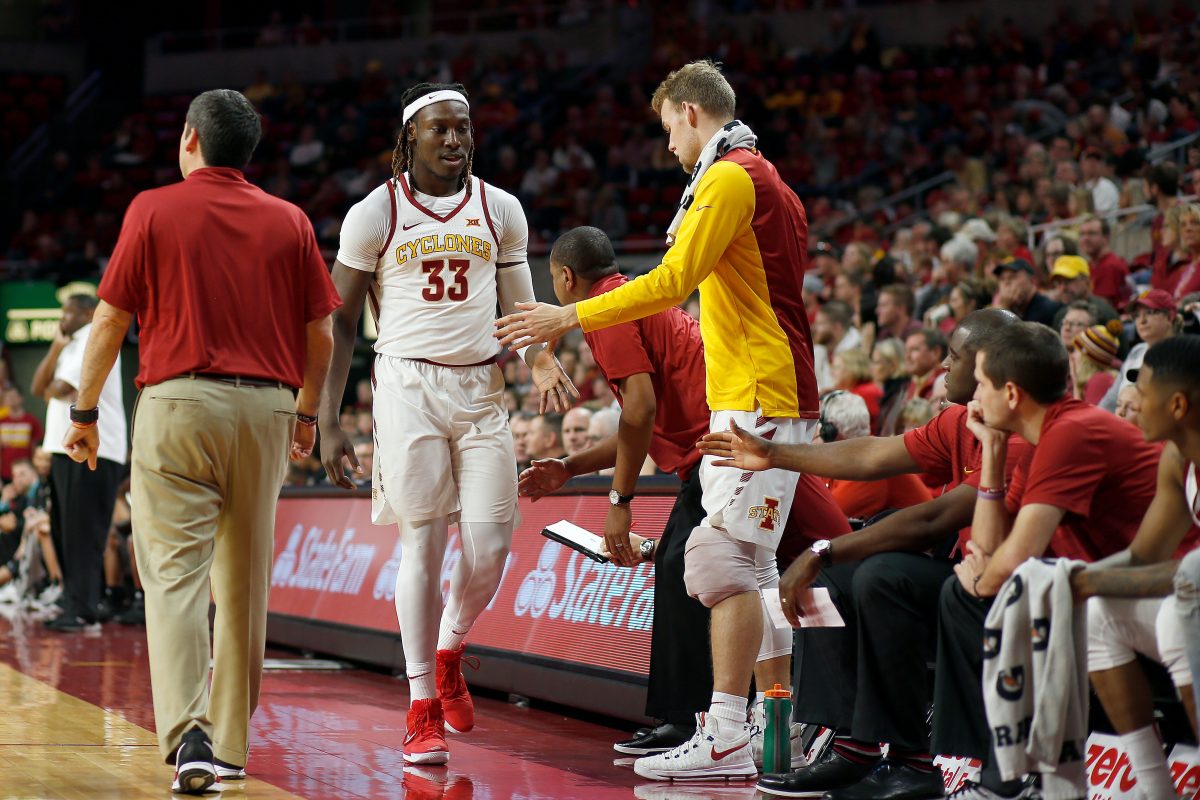 AMES — Iowa State’s 2017 Big 12 Tournament champions banner was not the only thing that dropped Monday night at Hilton Coliseum. That sound you heard was the expectations of Cyclone fans everywhere crashing to the floor in a heap.

Cyclone Alley didn’t even fill the lower bowl of their seat allotment. Fans were headed for the Iowa State Center parking lots before the under-four timeout in the second half. Iowa State turned the ball over 18 times with only five assists.

This is the new reality for Iowa State basketball — at least for now.

I tried to find positives to take away from the Cyclones’ season-opening loss to Missouri on Friday. There weren’t many, but there were a few.

It is even harder after this one.

Iowa State shot 38 percent from the field. The Cyclones had only five field goals in the second half. They went 0-of-8 from behind-the-arc after halftime, too. A team that will not succeed playing in the half-court offensively scored two fast-break points.

But, hey, they shot better from the free throw line compared to last Friday and the exhibition win over Emporia State. Iowa State was 21-of-28 from the charity stripe (75 percent). Jeff Beverly was a perfect 7-of-7.

I know, I’m reaching. Unfortunately, I’m scared of the new reality — and I don’t know if I’m ready to live in it yet.

The graduate transfer forward from Princeton is scheduled to make his season debut Thursday when the Cyclones take on Appalachian State in their first game at the Puerto Rice Tip-Off, Steve Prohm said after the game.

Brase’s ability to stretch the floor, bring toughness defensively and make plays will be a welcome addition for sure. Those are not the things these Cyclones need desperately at this point.

The absolute most important thing Brase will bring to the court can be explained in a moment around the 13-minute mark of the second half. Iowa State was called for a foul – I think on Jakolby Long – and all five Cyclones on the court reacted to the call.

Brase popped up from his spot on the bench and put his hands together. He was telling his young teammates to huddle. I don’t know if they did not see him or what, but they didn’t do it. It could have been a moment to collect their thoughts together as a group, an attempt to right a ship that was quickly falling into dangerous seas.

Instead, it was just another moment where they appeared splintered and disjointed. Iowa State needs a steadying, veteran hand on the court to bring guys together in moments like that.

I think Brase will be that guy.

“What Hans brings, is he brings leadership,” Prohm said. “He brings leadership. He brings skill, Basketball IQ and the ability to stretch the defense from the four position or the five position. Ability to understand how to play in pick and roll and post and he can score around the basket. So those will be good lifts for us and that will help increase our depth. But they’ll both be ready to go.”

2 – I wrote after the loss to Missouri I didn’t expect to see another performance like that from Donovan Jackson. I guess I was wrong.

Iowa State’s senior leader went 2-of-11 from the field, 0-of-4 from 3-point range, grabbed a rebound, committed four turnovers and four fouls. He was out of the game with two fouls before the under-16 timeout in the first half.

Now, it is hard to get into a rhythm when you’re battling foul trouble and Donovan was for most of the game. But, things are not going to be good if four points are all you get from the guy you expected to be your leading scorer, especially this season with this team.

What can be done to right the ship? I wish I had a definite answer.

I don’t think anyone does at this point.

“He’s a competitive kid and last year he was part of a lot of success, a ton of special moments,” Prohm said. “I need to talk with him tomorrow and continue to encourage him and continue to show tape with him. Understand things he has to do to get better and for me to look at the things I can do to help him.”

Most every college basketball team in the country is searching for an identity at this point in the season, but it feels like Iowa State is further away than most from finding one.

This team does not have enough talent to get by on talent alone. The past few teams did in games like this when you could throw the ball to Georges Niang, Monte Morris, Naz Mitrou-Long or Deonte Burton and tell them to go to work.

This edition of the Cyclones does not have that. They have to be tough. They need to have a chip on their shoulders. Frankly, they need to be some tough-minded S.O.B.s.

How far away are they from being that?