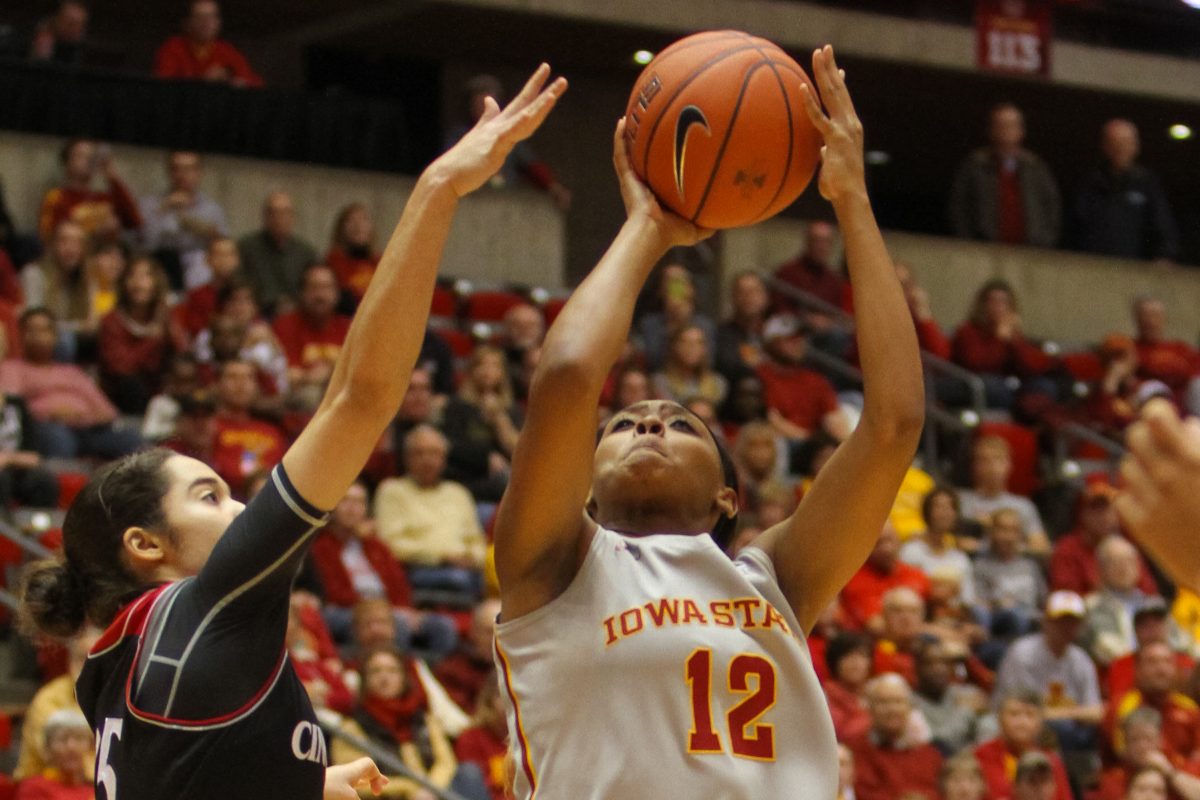 That’s when the Iowa State women’s basketball team tips-off its 2016-17 season vs. the University of California-Santa Barbara.

Here are five things to keep an eye on when the Cyclones take on the Gauchos.

Early in the season, let’s keep an eye on the other two starters, TeeTee Starks and Meredith Burkhall.

Starks only tallied two points, going 1-for-4 from the field in the scrimmage while Burkhall didn’t even record a single bucket. Burkhall also turned over the ball three times and grabbed a mere two rebounds against a Division II opponent. If the Cyclones want to start the season off on the right foot, they will need improved performances by Starks and Burkhall.

The newcomers for Iowa State

The biggest storyline from Iowa State’s exhibition was the performances by the newcomers for the Cyclones. The first player off the bench, forward Heather Bowe and backup point guard Nia Washington, both flashed potential in their first games in the cardinal and gold. Bowe totaled nine points and four boards while Washington racked up four points and three assists.

Also, this game might be the first time Cyclone fans will see freshman guard Adriana Camber, as Bill Fennelly has stated she will be in Iowa State’s 10-player rotation. So it will be interesting to see how will these three athletes compete against stiffer competition.

The aggressiveness on defense

In Santa Barbara’s exhibition win, Iowa State shot 48.4-percent from the field. But the craziest statistic is that Santa Barbara shot a blistering 68.8-percent in the first quarter. If the Cyclones allow the Gauchos to shot like that, the outcome may not be in favor of Iowa State after four quarters.

After Briar Cliff, Fennelly stated that he wants more rebounding production out of players not named Seanna Johnson.

Johnson has been a rebounding machine for the Cyclones during her career in Ames. But come noon against the Gauchos, Iowa State will definitely need more production on the glass than just Johnson.

Santa Barbara has three 6-foot-3 or taller players on its roster who all see significant playing time. And in the Gauchos exhibition, they outrebounded their opponent 54-33. Iowa State barely outrebounded Briar Cliff, 40-34.

Iowa State likes to shoot the three-ball. The Cyclones shot 40-percent from behind the arc against Briar Cliff. And with Santa Barbara possessing the three towers, Iowa State’s perimeter game will need to be on point come Friday.

However, which three-point shooting Cyclones will Iowa State fans see? The one against Briar Cliff or the one that shot barely 30-percent last season. That will remain to be unanswered until noon at Hilton Coliseum.