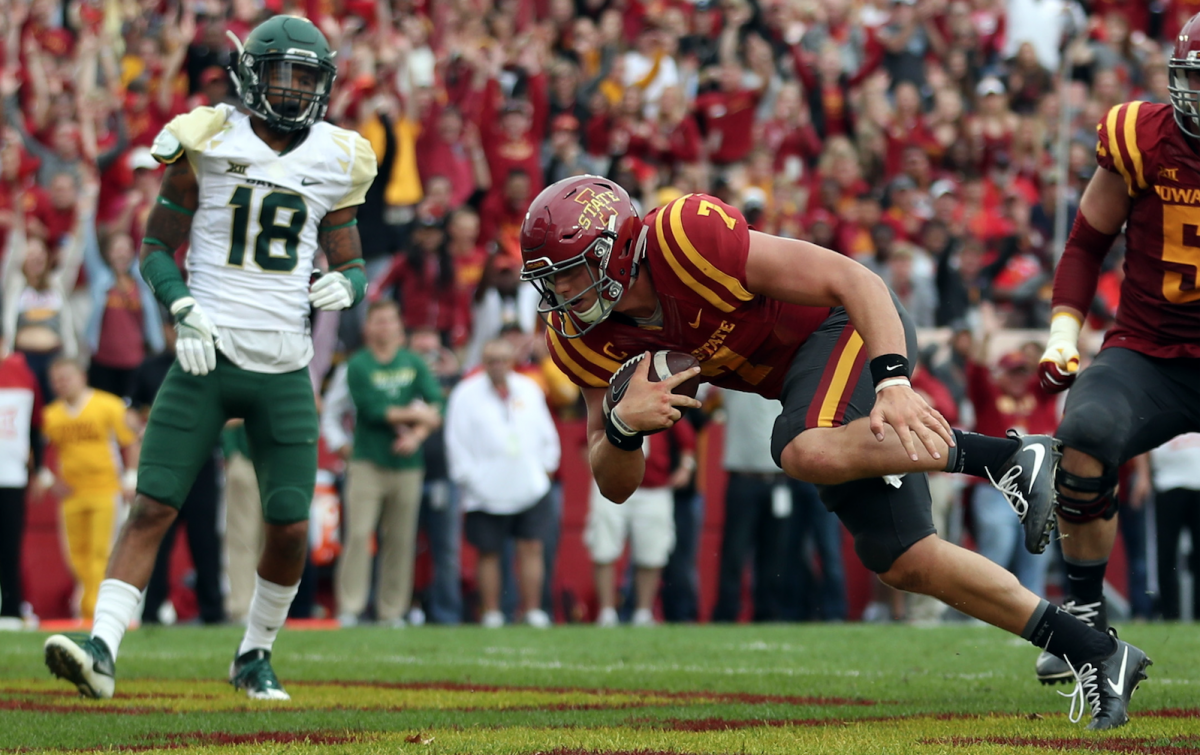 After watching the offense score touchdowns on its first six possessions,  there is a lot to be optimistic about. For three quarters, Iowa State looked like the 2000 St. Louis Rams out there.

In the fourth quarter, Baylor’s Shock Linwood consistently gashed the Cyclones defensive line (he finished the game with 237 yards on 25 carries). Iowa State punted on its final three possessions. Baylor out-gained Iowa State 258-7 in that period while outscoring the Cyclones 17-0.

“I just think a couple of guys had chances to make plays and we didn’t make them, right? You know, that’s where we’ve got to make those plays to win games like that and be able to sustain that kind of momentum and success and wither it was a mental error or a physical error, those are things you can’t do and those are things we did really well for three quarters,” Matt Campbell said about the fourth quarter. “We will evaluate what that looks and feels like, but we had our chances for sure offensively to really extend the game and give ourselves a chance to to stay ahead of the scoreboard.”

Culture changes don’t happen over night, and we all just witnessed yet another “close, but no cigar” moment in a long line of them throughout the history of Iowa State football.

*** The rush offense specifically. Mike Warren had 130 yards on 30 carries with two touchdowns.

*** The interior defensive line got shredded all day long. Baylor ran for 469 yards. Linwood averaged 9.5 yards per carry while his “backup,” Terrance Williams compiled 126 yards and two touchdowns of his own.

*** The fourth quarter. Let’s call it what it was: a collapse.

*** As good as the offense was, Allen Lazard still wasn’t involved enough. Iowa State’s best player only caught three passes for 33 yards and was not targeted in crunch time.

The immediate sting from this loss is how you feel when a wasp gets you when you’re mowing your lawn. It hurts like a son of a (bleep) and you swear about it way more than you probably should considering the caliber of injury that it actually was.

Iowa State was a 17-point favorite in this game.

However, this program has an amazing fan base that has grown tired of moral victories.

Matt Campbell isn’t into them either.

Lots of positives today. The Cyclones are so much better than they were in August against UNI, it really is incredible.

But on the day of – it’s hard to fully understand and appreciate that.

No doubt about it. This one hurt. 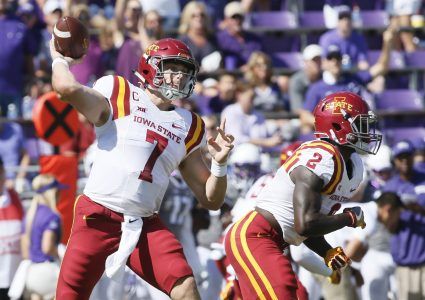