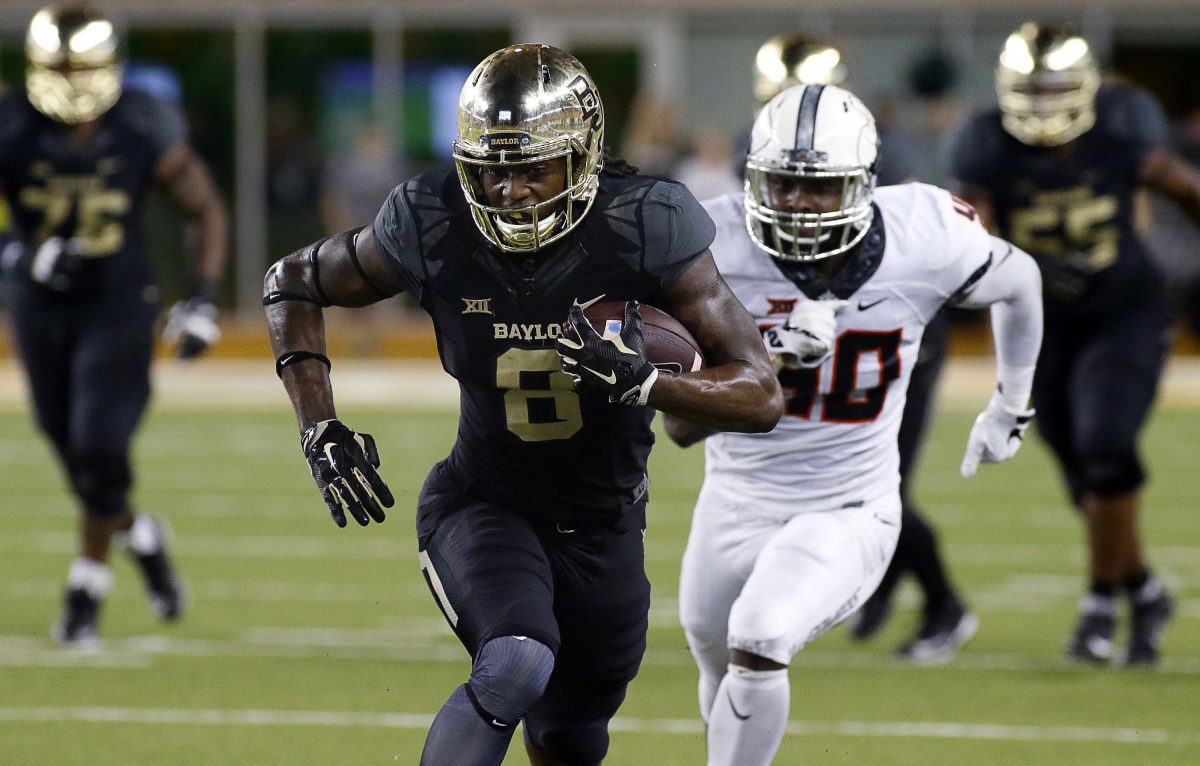 It’s the go-to word to describe how Baylor football operates on both sides of the ball.

It’s been that way for a long time, ever since the once-downtrodden Bears began charging elite athletes to use every inch of the field, from sideline to sideline, at breakneck speed.

“They’re going to get a lot of yards,” said Iowa State’s first-year head coach Matt Campbell, whose team is a 16.5-point underdog against No. 13 Baylor in Saturday’s 11 a.m. Big 12 matchup (FS1) at Jack Trice Stadium. “They’re going to do good things because the tempo allows that to happen, but again I think it’s where you’ve got to get off on third down and you’ve got to win situational football. You’ve got to be great in the red zone. Those are things when you’re talking tempo offenses, especially elite tempo offense like they are, you’ve really got to do a great job in terms of situational football.”

Again, these are “little things” that turn out to be big.

The Cyclones (1-3, 0-1) rank 58th nationally in the category, allowing successful conversions 36.2 percent of the time.

Where did ISU rank the past two seasons? 119th and 115th, respectively — albeit with all 12 games figured in, versus just four this season.

Still, that’s growth. And let’s not forget last season’s game in Waco served as the springboard for the Cyclones’ co-frontline quarterback Joel Lanning’s career. Summoned from the bench with ISU trailing 35-0, Lanning helped his team outscore the Bears 27-10 the rest of the way — though, clearly, the home team dialed down “Sic ‘em” mode pretty early.

“It was raining,” said Lanning, who will continue to split time with his on-the-field equal, Jacob Park, on Saturday, “Terrible weather. Kind of cold down there, but it was a fun game. Didn’t start out too well.”

This Saturday must start out as a polar opposite.

Baylor may not be the best offense in football like it was most of the past two seasons, but it’s close. The Bears rank eighth in yards (548.8 per game) and 24th in scoring (a measly 42.0 points).

“We know what they’re capable of on offense,” said Lanning, whose 135.48 quarterback rating this season slights exceeds Park’s of 134.80. “We’ve got to stay turnover free on offense and if we do (that) we can give ourselves a chance to win, especially at Jack Trice.”

Baylor’s singular playcaller, Seth Russell, can pick from sterling receivers such as K.D. Cannon and Ish Zamora and hand off to brisk, yet bruising backs such as Terence Williams, Shock Linwood and JaMycal Hasty.

“Our defense, we stress on affecting the quarterback, so I think we’ve got to start there first,” said cornerback Jomal Wiltz, who snared one of the Cyclones four picks last week.

Russell was named Big 12 offensive player of the week after completing 18 of 28 passes for 387 yards and four touchdowns in last week’s win over Oklahoma State. He also rushed for 65 yards on 10 carries, making it hard for ISU’s defense to key on anything this Saturday.

“They really have a system,” ISU defensive coordinator Jon Heacock said. “Really fast — athletically and the tempo in which they go. So I think that’s what you have some respect for, just how fast all of it goes.”

Heacock said it’s very difficult to gamble (a.k.a. blitz) offenses such as Baylor because the ball comes out so quickly.

Many of ISU’s nine sacks this season have flowed from blitz packages, but Saturday, a four-man front must pierce the Bears’ O-line more frequently.

“Guys have done a good job when we’ve called them, but you’d like to get some of those pressures and sacks with just four guys and then be able to cover down on some guys,” Heacock said. “When you’ve got to start sending them all to get there, you’re just leaving your corners out there and it’s OK for a little bit, but you’re rolling dice.”

“You’re never going to stop the yardage on a team like this,” Campbell reiterated. “They’re a team that’s always going to gain yards. That’s the matter of fact. They do a great job of stretching you vertically and horizontally.” 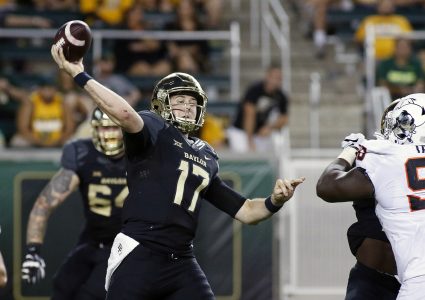 Baylor a 17-point favorite over the Cyclones