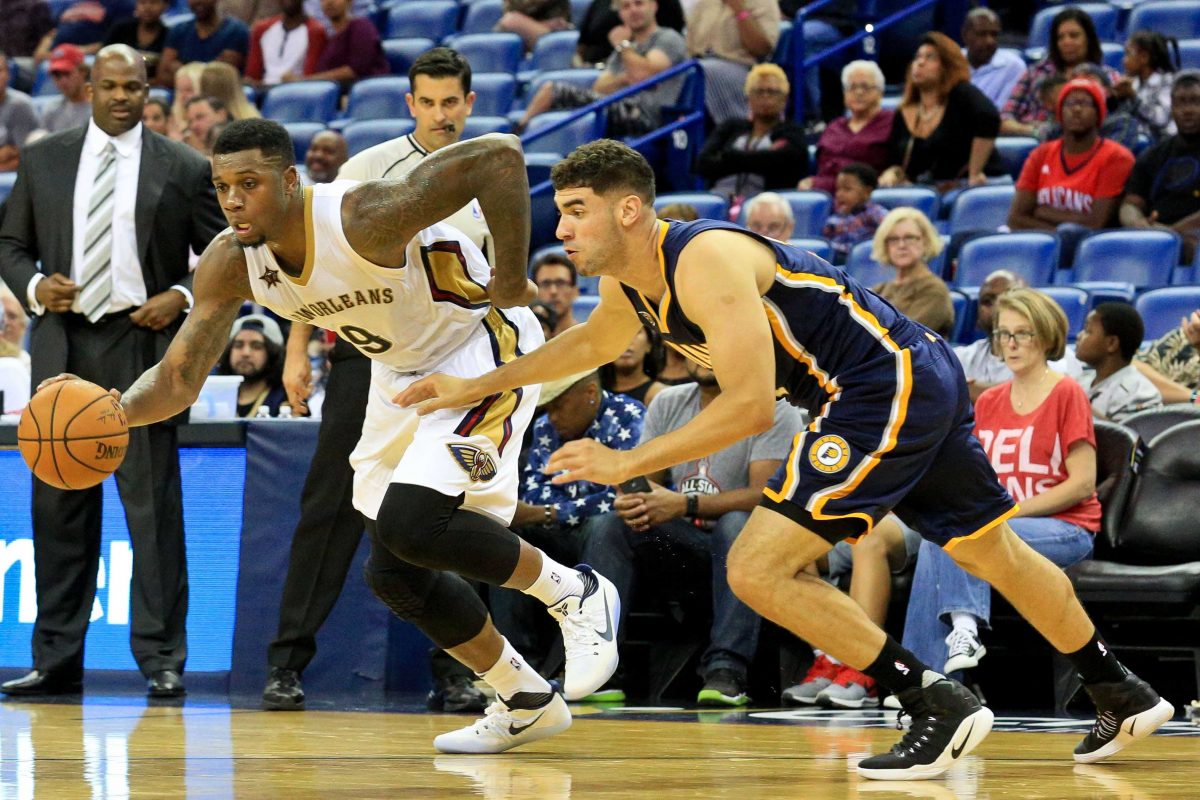 With football season in full swing and the Cubs playing in the World Series, it is easy to forget that the NBA season begins this week (last night). Perhaps now more than ever, Cyclone fans have reason to follow the Association on a daily basis.

Fred Hoiberg enters year two on the sideline of the Chicago Bulls, Jeff Hornacek is in charge of one of the most visible franchises with the New York Knicks and everyone’s favorite Cyclone, Georges Niang, has made the Indiana Pacers.

Niang was taken with the 50th pick in the 2nd round in last year’s draft. In the past five years, less than 20 percent of 2nd rounders see any meaningful playing time in their careers and most never even make a roster. But Niang has proven the doubters wrong once again.

From summer on, the Pacers praised him for his work ethic, attitude and craftiness. He earned himself a 3-year contract with guaranteed money in the first year, an absolutely huge accomplishment and almost unheard of for someone picked 50th or later.

The Pacers and Niang open the season tonight as they host Ames native Harrison Barnes and the Dallas Mavericks.

It remains to be seen how much playing time Niang will get early in the season. The Pacers have a pretty well set nine man rotation with veterans Paul George and Thaddeus Young seeing heavy minutes at Niang’s spot. Niang will battle for spot minutes with former Michigan star Glenn Robinson III, so don’t be surprised if Niang sees little or no time early in the year.

The NBA season is a grind and injuries are inevitable. Look for Niang to get increased opportunities as the season progresses. As Texas Tech head coach Chris Beard told our Jared Stansbury this week, “I thought it was crazy that people asked me after the game if Georges was an NBA player, yeah. In preparation and seeing in person, it’s a no-brainer. I guess, tonight’s opening night in the NBA and I won’t be  surprised at all if he plays a lot of minutes. To me, he’s a pro.”

Niang continues to make Iowa State proud and in no time will become a fan favorite in Indianapolis.

The Pacers are a sneaky pick to be one of the contenders in the East. I think they have the pieces to perhaps challenge the Raptors for the second spot, they will be a fun team to latch onto if you’re looking for a team to follow.

Fred Hoiberg’s first year in the Windy City was less than desirable. The Bulls battled injuries and a divided locker room and sputtered their way into missing the Playoffs.

Derrick Rose never really got on the same page with Hoiberg’s system and so it was not a shock to see him jettisoned to New York in June. The Bulls traded Rose and lost Joakim Noah in free agency, they picked up Dwayne Wade and Rajon Rondo.

The folks in NBA circles are very unsure how those two will fit into the pace and space Hoiball system, but by all accounts the locker room is a happier place so far. If those two can support Jimmy Butler and Nikola Mirotic has a breakthrough season, the Bulls could exceed expectations. If the Bulls disappoint again and somehow miss the Playoffs for the second straight year, Hoiberg will wear out his welcome in a hurry.

The league is a brutal place.

Jeff Hornacek found that out first hand after a horrendous start to the season last year in Phoenix. The former Cyclone sharpshooter was fired mid-season by the Suns. But Hornacek still has great respect around the league and the Knicks needed an offensive mind to kickstart their squad.

Knicks President Phil Jackson hired Hornacek to take the controls. He inherits a squad that would have been great in 2009, but the best days are behind Derrick Rose and Joakim Noah. Carmelo Anthony had a great summer with Team USA, but its unknown if he has enough left to carry the Knicks. Hornacek also gets the job of continuing the development of potential superstar Kristaps Porzingis, a 7’3 phenom from Latvia.

If all goes well and everyone gets along, the Knicks may battle to make the East Playoffs, but they are woefully low on depth and have a very combustible roster and fan base. They will be fascinating to watch all year.

The biggest NBA storyline will be Kevin Durant, Stephen Curry and the SuperTeam Warriors against the world. Golden State is an overwhelming favorite to win the title. But LeBron is still pretty good.