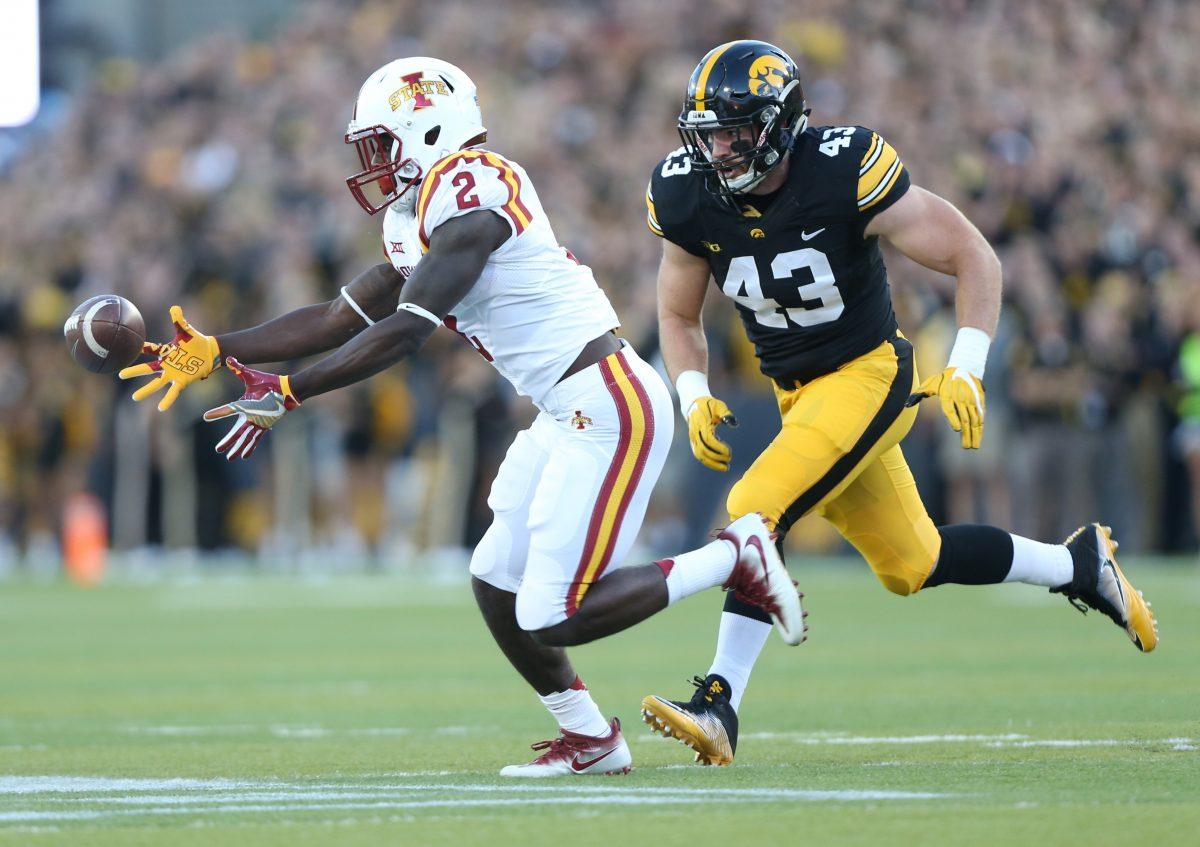 Let that sink in — while you’re undoubtedly still smarting from the Cyclones’ embarrassing 42-3 loss to Iowa under the lights at Kinnick Stadium.

As you know, nothing went right. Nada. Zilch. Nil.

Penalties? Once again a persistent and debilitating problem. After being whistled for nine infractions in a troubling 25-20 home loss to Northern Iowa in the season opener, ISU was flagged 10 times while suffering their worst defeat in the Cy-Hawk series since a 63-20 beatdown in 1997.

“We work on it all week,” said Warren, who carried just three times for 16 yards in a second half of a game that was decided long before that. “We’re good on all that stuff in practice and everything and for it to show up in the game, is just not acceptable. Really just a mental thing — mental errors. People get into their own heads. That’s how I feel.”

The Cyclones merely need to get out of their own way, though that would not have been enough against Iowa, which scored touchdowns on four possessions to close the second half and essentially seal the win.

ISU defenders were often out of position — as when two converged about eight-yards shy of a wide-open Akrum Wadley on a 35-yard strike from C.J. Beathard. When they were in position, they frequently missed tackles, like when LeShun Daniels carried three Cyclones for most a 14-yard touchdown-enabling run.

On and on it went and the maladies spread like a contagion to both sides of the ball — again.

Joel Lanning struggled at quarterback, completing 8-of-20 passes for 86 yards. He also threw an interception. So Jacob Park replaced him, connecting on 6-of-15 throws for 79 yards.

Rumblings at quarterback? They’ve reached beyond Twitter.  And that’s just forms a portion of ISU’s worries after an 0-2 start to the season.

“Really disappointing,” ISU coach Matt Campbell said. “Again, we’re not a good enough football team to self-destruct and put ourselves in negative situations. In the first half of the football game it was defensively, a couple big (things) that ended up leading from field goals to touchdowns. Then in the second half of the game is offensively. So are we doing to much? I think we have to look at it as coaches first and foremost? Is that on us? If it is, we’ll figure that out and secondly, if not, are we playing the right people and are we putting ourselves into negative situations and why are we doing that?”

They’ll regroup. Reevaluate. Frankly, it’s all they can do.

That’s what stings. Fundamentals can be fixed, but that didn’t happen from week one to week two. Obviously, what ails the Cyclones on both sides of the ball transcends who starts at quarterback, or how many times Warren, who led all freshman in rushing last season, touches the ball.

As for that, there are at least a couple of reasons carries are being spread around. Error-based down and distance issues form one. Stern competition from freshmen David Montgomery and Kene Nwangwu would be No. 2. Maybe in reverse order.

Same goes for the team, which still has not converted one first down in a first half this season (0-for-10).

Those types of starts lead to these types of finishes. Here’s to changing both — pronto.

“There’s only one thing to do from here,” center Brian Bobek said. “We’ve just got to keep moving forward. We’ve got to learn from our mistakes and keep trying to get better. … The offense as a whole, We didn’t put ourselves in a position to be successful.” 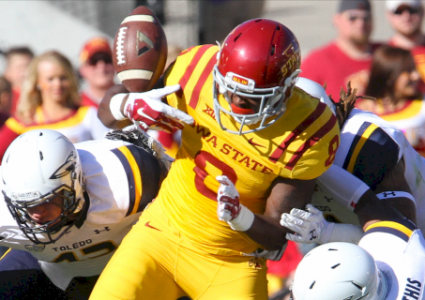