On Monday, three-star defensive back Quran Hafiz became the third player to decommit from the 2017 Iowa State recruiting class. He was the second defensive back to back away from his pledge in September following junior college cornerback Octavious Morgan.

I started to hear the question, “Should Iowa State fans be considered about the decommitments?”

My answer was simple — no.

Decommitments are part of the game when you recruit at a high-level in college football in 2016. Kids these days rush into decisions then back away from them just as quickly.

The first prospect to leave the 2017 class, four-star offensive lineman Caleb Chandler, wasn’t leaving the class because he didn’t like Iowa State. He decommitted because he was a high-level recruit with big-time offers and, frankly, I can’t blame him for wanting to check out Florida, Georgia and other schools of the sort.

I can’t question a kid for wanting to do his due diligence in 2017. In fact, I respect that.

Iowa State is still expected to get a visit from Chandler and I would guess the Cyclones will be in it with him until the end. I would be willing to say the same about Hafiz, who will take his last official visit to Ames later this fall.

Iowa State isn’t losing kids that don’t have other options. The kids that are leaving the class have offers from handfuls of other Power 5 schools and they felt they needed to take a better look at their options.

I’m not going to pretend to know why Morgan decommitted, because I haven’t talked to him. Junior college recruiting can be odd and there could be any number of reasons he backed out of his commitment. That said, he is another guy who has offers from multiple other Power 5 schools and was at one point rated as the top junior college cornerback in the country.

He had other options and nobody can blame a kid for wanting to explore them.

Now if the Cyclones were getting decommitments from guys that don’t have any other offers, that would be somewhat concerning. This coaching staff has done a good job to put together a very solid 2017 class together.

At this point, the recent decommitments shouldn’t make anyone think differently. 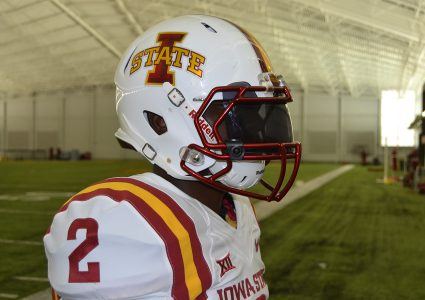