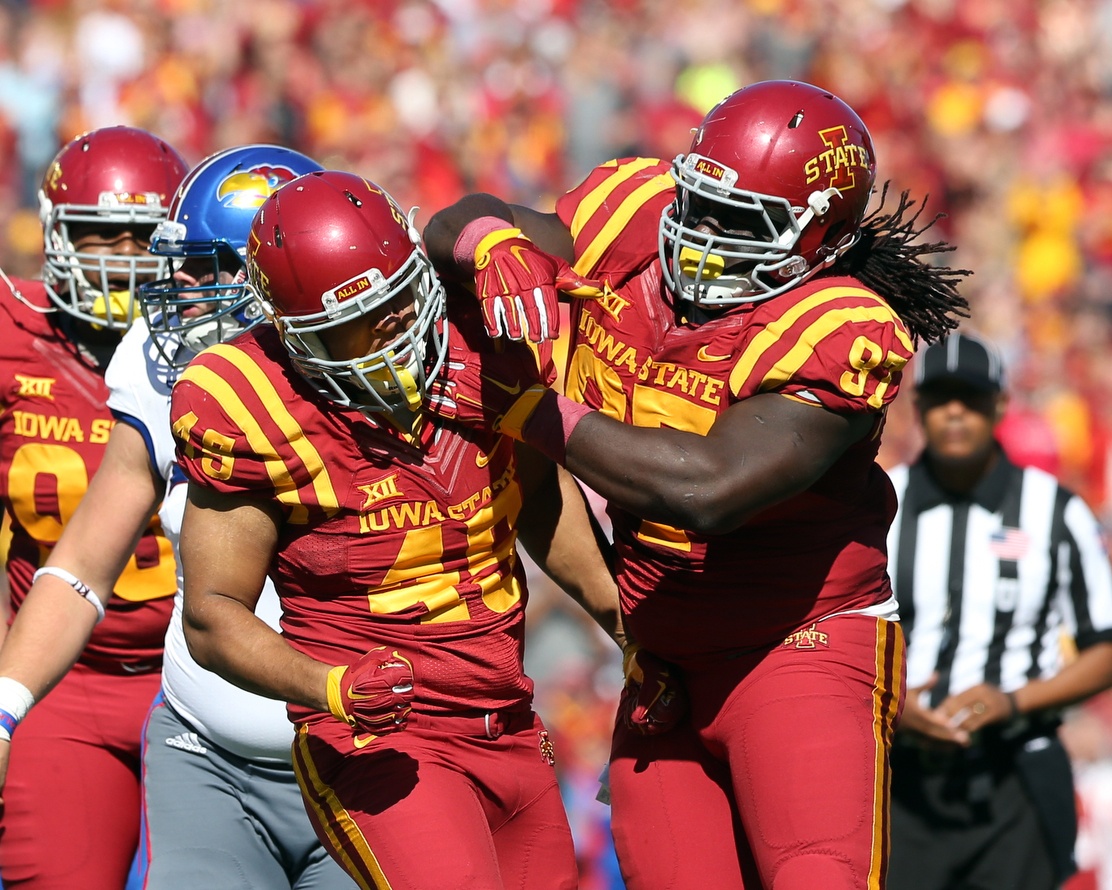 Two seasons ago, Iowa State sacked the quarterback only 15 times in 12 games. Only 12 teams in the FBS got to the quarterback less, a list that somehow included that season’s national champion, Florida State.

The Cyclones doubled their sack total to 30 in 2015 with the help of JUCO transfer Demond Tucker and the emergence of Dale Pierson as one of the program’s better pass rushers in history. The team’s switch to a 3-4 defense probably also played a role in the Cyclones’ jump to No. 33 nationally in sacks as well.

In 2016, the Cyclones could be poised to make another jump in their pass rushing production.

Tucker is back for his senior season. Defensive ends Mitchell Meyers, J.D. Waggoner and Jhaustin Thomas all have experience at the Big 12 level, as does defensive tackle Pierre Aka.

Add tackle Vernell Trent and leo Gabe Luna (who have impressed coaches during fall camp) to a new 4-2-5 scheme and this could be the recipe for a consistent Iowa State pass rush.

“I think that’s our challenge as we continue to develop defensively,” Iowa State head coach Matt Campbell said. “You’ve got to effect the quarterback, and game one we play a great quarterback. It’s kind of that way, really, early in the season and we play good quarterbacks in this conference. We know that so how do we effect the quarterback? Do you have pass rushers that can do it and be able to play coverage behind it or do you always have to blitz everybody to get home? I think that was our challenge this week to kind of see, what do we have, how do we do it, how do we package it when we want to do it? I think we made some really good strides and, believe me, we’ve still got a lot of work to do.”

The Cyclones are yet to release an official depth chart, but Campbell said earlier this week that Meyers, Trent, Tucker and Luna would be the starting defensive line if the first game was this week.

There are still some question marks surrounding that group, obviously. How does Meyers bounce back after missing 18 months of football while battling cancer? Can Luna stay healthy all season? Will there be any ill effects from the leg Trent broke during spring ball?

Despite those questions, this is a group that has the potential to be successful. Tucker is the reigning Big 12 Newcomer of the Year, and the new scheme might allow him to flourish as he faces fewer double-teams.

Despite his health concerns, Meyers is still a senior that’s a played a lot of football in the Big 12. Luna and Trent are somewhat unproven, but they’ve got guys behind them that can help to create production if they’re off their game.

Add in Thomas, Waggoner, Aka and true freshman leo Jaquan Bailey and this might be the most depth Iowa State’s had to work with on the defensive line in quite some time.

“Jhaustin Thomas has had a good camp for us,” Campbell said. “At the leo spot, Jaquan Bailey continues to play really well for us. That interior defensive tackle, man, there’s a lot of names in there.”

It’s really hard to believe that it was just two years ago Iowa State sacked the quarterback only 15 times. The defensive line proved them can help make a production jump in 2015.

Can they do it again in 2016? Only one more week until we can start to find out. 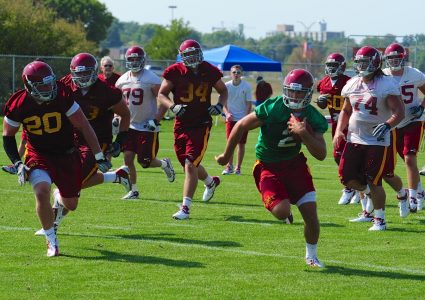