Today we continue our series of position-by-position break downs leading up to the start of Iowa State football. This time, the running backs are taking center stage. Again, the post will be separated into several categories that detail the starter, the backup, the future and another one to watch. The running backs might be the position with the fewest of those roles defined of any on the team.

Warren established himself as one of the best young running backs in the country last season when he led NCAA freshmen with 1,339 yards. His yardage total was the also the fifth-best mark in school history.

He didn’t begin the year as the starter, but flew onto the scene with a 126-yard performance during his first career start on the road at Toledo. He would only get better from there, tallying six 100-yard rushing performances on the year.

He is sure to be on the watch list for the Doak Walker Award, and already made the list for the prestigious Maxwell Award, which seems to be setting Warren up to emerge as one of the elite playmakers in college football.

The Next Man Up – Sheldon Croney, Jr.

It is pretty tough to single out one guy to be Warren’s backup with so much uncertainty surrounding him at the position.

Croney figures to find his way into the rotation this season after redshirting as a true freshman, plus recovering from a gunshot wound to his hand.

The former three-star recruit will have a host of others to compete with for this role, including the next two guys I’ll mention, but does have a bit of a leg up considering he’s been on campus for a year already.

A three-star signee in the class of 2016, Nwangwu has a very good chance to fit into the running back rotation during his true freshman season. The 6-foot,182-pound, back is a tremendous athlete that also excelled on the track during his senior year of high school.

He will obviously have to adjust to the speed of college football, but it is very like that he, or other true freshman David Montgomery, could fit into the role formerly held by Joshua Thomas.

Another to Watch – Mitchell Harger

Harger is a name that I wouldn’t be a bit surprised to hear called quite a bit early in the 2016 season. The redshirt senior knows his way around college football and that’s obviously a benefit when dealing with such a young group of backs.

The walk-on from Alburnett started all 12 games last season on special teams but is likely to see his role expanded in 2016. 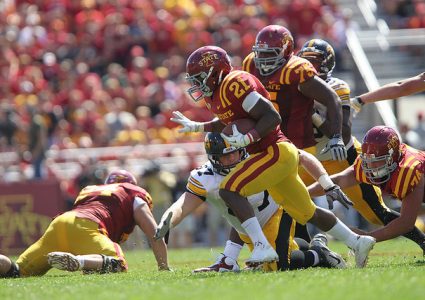 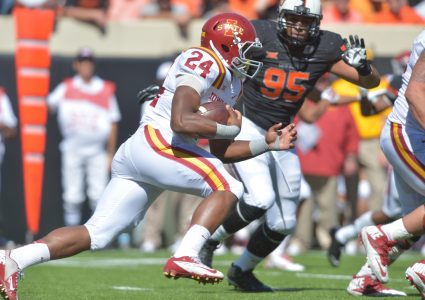