It shouldn’t come as a surprise anymore when Matt Campbell and his staff make a roster addition.

They’ve been all over the place adding grad transfers and late committing JUCO players over the last few months.

That continued on Tuesday when AllCyclones.com’s Alex Halsted reported that former Ohio State and Minnesota center Brian Bobek will play his sixth and final year of college football at Iowa State as a walk-on.

Bobek, 6-foot-2-inches, 302-pounds, sat out the last eight games of last season for the Gophers, and missed all of 2013 while battling a heart condition. He lettered as a freshman at Ohio State before moving on to Minnesota.

Holy cow, could this have come at a better time for the Cyclones?

I think we’ve worn everybody out by talking on this site about how little depth there is in the trenches for Iowa State heading into the 2016 season. Jake Campos and Nick Fett are the only returning players with starting experience and Fett’s starting experience consists of one game.

Matt Campbell is just a magician that has given us trick after trick before going to the final act and pulling the rabbit out of his hat. Who knows if the trick is real magic at this point, and with 50-plus days left until football season, we can’t really know for sure.

The late additions, guys like Bobek, Mackenro Alexander, Everett Edwards and Justin Stewart, could end up not being difference makers for the Cyclones. We could end up looking back on this summer of roster changes and realize it was all just a good magician’s slight of hand.

Either way, Campbell’s tricks have given the roster a significant facelift, and Thursday’s addition might be the best one yet. 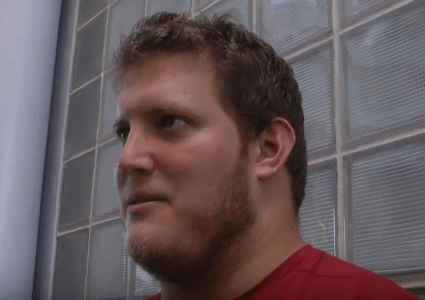 CFTV: Brian Bobek on how he landed at Iowa State