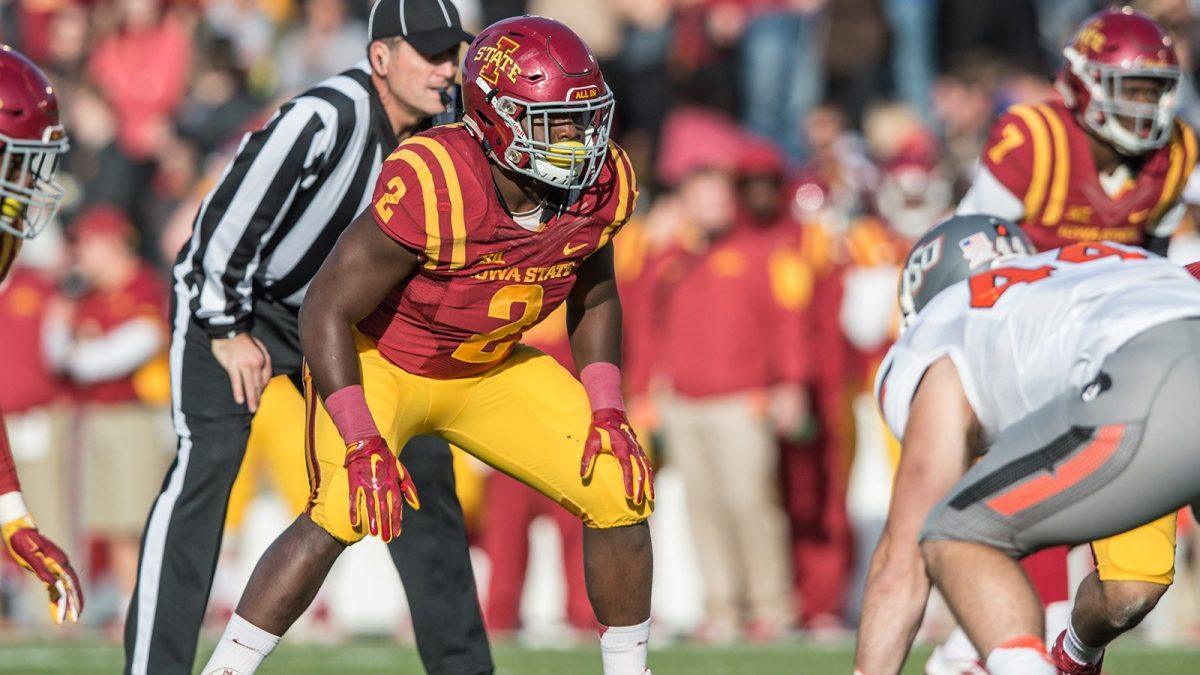 Linebacker Jordan Harris has decided to leave the Iowa State football program as a graduate transfer, the school announced on Thursday. Harris, who was third on the team in tackles last season, hopes to finish his career at a school closer to his home.

The Clarksville, Miss., native tallied 70 tackles, five for loss, during his junior season after redshirting his first year on campus.

He was one of the top junior college recruits in the country out of Copiah-Lincoln in 2014 after leading the JUCO ranks in tackles.

“Jordan has done everything we have asked him to do since the first day I got here,” Iowa State head coach Matt Campbell said in a statement. “He’s a great person and a great teammate. In our meetings recently, Jordan expressed interest in finishing out his career closer to his family. I have the utmost respect for Jordan and we will fully support him in his decision.”

Harris’ role likely would’ve changed in 2016 with the Cyclones’ rumored move to a 4-2-5 defense coupled with the emergence of sophomore Willie Harvey.

Stay tuned to Cyclone Fanatic throughout the day for more on this story.