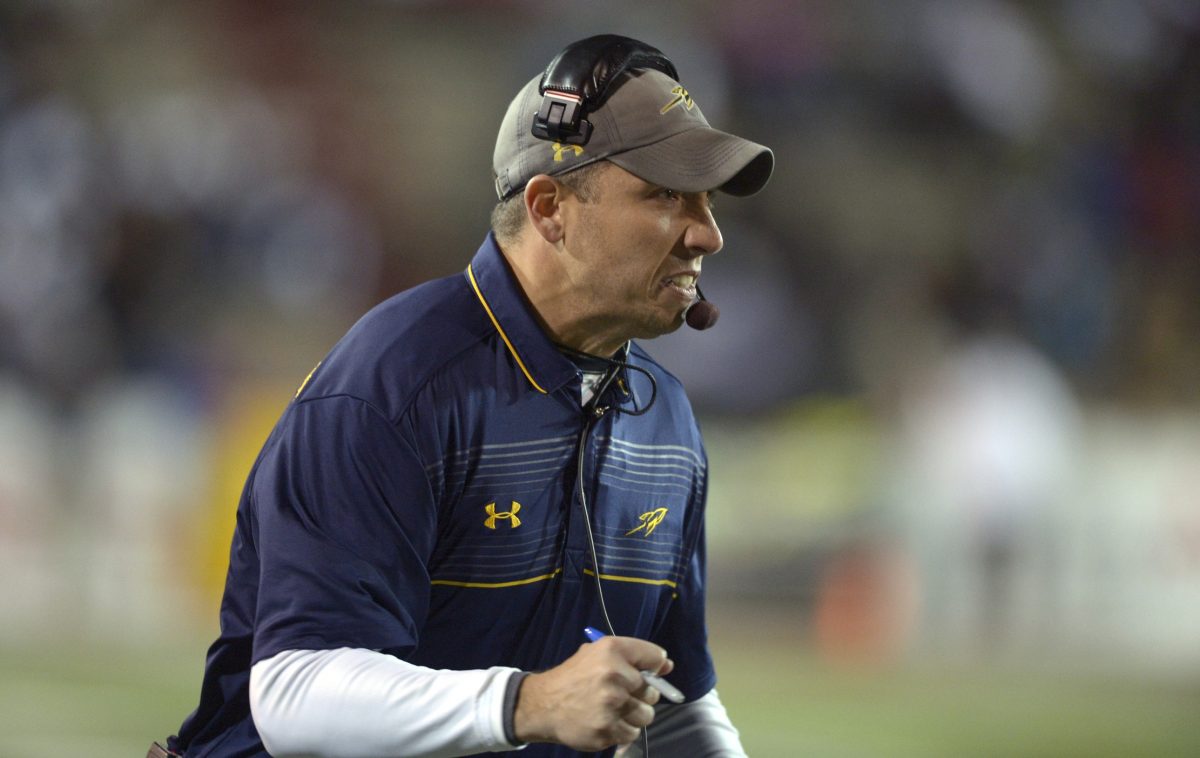 Happy Wednesday. It’s been a while since I emptied out the ole mailbag. Enjoy, starting with a couple of fine questions from Cyclones500 on the forums.

Cyclones500 writes: What is minimum W-L in 2016 for you to consider Campbell’s first season a "positive start"?

CW: Before the offseason attrition on the offensive line, I probably would have gone with a bowl game. But losing an experienced guy like Daniel Burton hurt. Rhode Island graduate transfer Tyler Catalina leaving Iowa State late in the recruiting process threw salt in an already open wound.

Other than the questions up front on offense though, I think I can make a point that Iowa State is better off at every other position group on the field heading into this summer compared to last.

It is encouraging to me that this Campbell offensive staff seems to consist of a bunch of offensive line gurus. My hope is that whatever they throw together to protect Joel Lanning can at the very least just manage, you know? It isn’t like last year’s group was very good. It’s hard to get much worse. If that is the case, then like Paul Rhoads predicted on his way out, a bowl game is realistic for this team.

In taking over a program that won a combined seven games over the last three seasons, that might be a little bold. However, think of all the insanely close games that the Rhoads program lost the last few years. A few good breaks and anything can happen…

I would say if they can get to five wins, that would really be something to build on. Anything on top of that would be gravy.

Cyclones500 writes: Your educated-analysis/gut feeling: What is the percentage that Emmanuel Malou is on ISU roster in 2016-17?

CW: Two weeks ago I probably would have said 50-50 to the 40-60 range. I would say it is significantly lower now. This is an international, prep school, JUCO guy with academic questions we are talking about.

I would think that Iowa State should know something about his grades here before too long. Then, it is on the NCAA for a decision.

This is Iowa State we are talking about. How much confidence do you have that this will work out?

CyTwins writes: What newcomer makes the biggest impact for basketball next season?

CW: Because of the position he plays, Malou for sure if he is eligible. If not, then it’s Donovan Jackson. A four-guard Iowa State offensive is intriguing and next to Monte Morris, Jackson (a 50-percent 3-point shooter at the JUCO level) will have a giant opportunity to put up some points. Had Monte Morris and Naz Mitrou-Long not come back, I would have predicted Jackson to lead Iowa State in scoring next season. He is that type of a player.

@WLCyclone writes: Can you help me understand BYU in realignment? National brand? Outside of the Mormon faith, do they really move the needle?

CW: Competitively, yes. Compare BYU football to some of the other options like UConn, Central Florida and Memphis to name a few. BYU has played in a bowl game in each of the last 11 years. BYU traditionally has better football than a Big 12 front-runner like Cincinnati. The national brand is there too. BYU would bring more television eyeballs than any other school that is currently a “free agent.”

I see three problems with adding BYU: The geography (going west) I have heard would be an issue. There is the never competing on Sunday deal… I have also heard that football coaches across America don’t want to add BYU (not just a Big 12 thing) because they don’t want their teams lining up against 24 and 25 year olds, as BYU often has a lot of.

All of that aside, if we are talking strictly football tradition, then BYU deserves the invite more than anybody else.

@BACyclone writes: What are the current top candidates for a grad transfer Steve Prohm can get for 2016?

CW: Right now, it starts and ends with Merrill Holden of Louisiana Tech. I wrote about him last week here. He will be in town this weekend for an official visit and I fully expect Iowa State to do everything it can to acquire the big man for next season.

@vanstryland writes: Any updates on the replacement of T.J. Otzelberger?

CW: Not really. Honestly, I have yet to hear a name other than Neill Berry mentioned for this opening.

Peteypie writes: Who will ruin the country more? Trump or Hillary?

CW: I can’t actually answer this because it will make too many Fanatics mad. So I will go with the one answer that everybody can agree on: ISIS.

CW: A guy who covered Campbell at Toledo told me that Coach didn’t run his own Twitter there but I’m almost positive he is doing it now. I’m pretty sure that Campbell was a little bit caught off guard as to how jacked up Iowa State fans were when he got the job and was on Twitter. I think he sensed the momentum to unite the fan base with the social media tool and has been taking advantage of it as much as possible because of it.