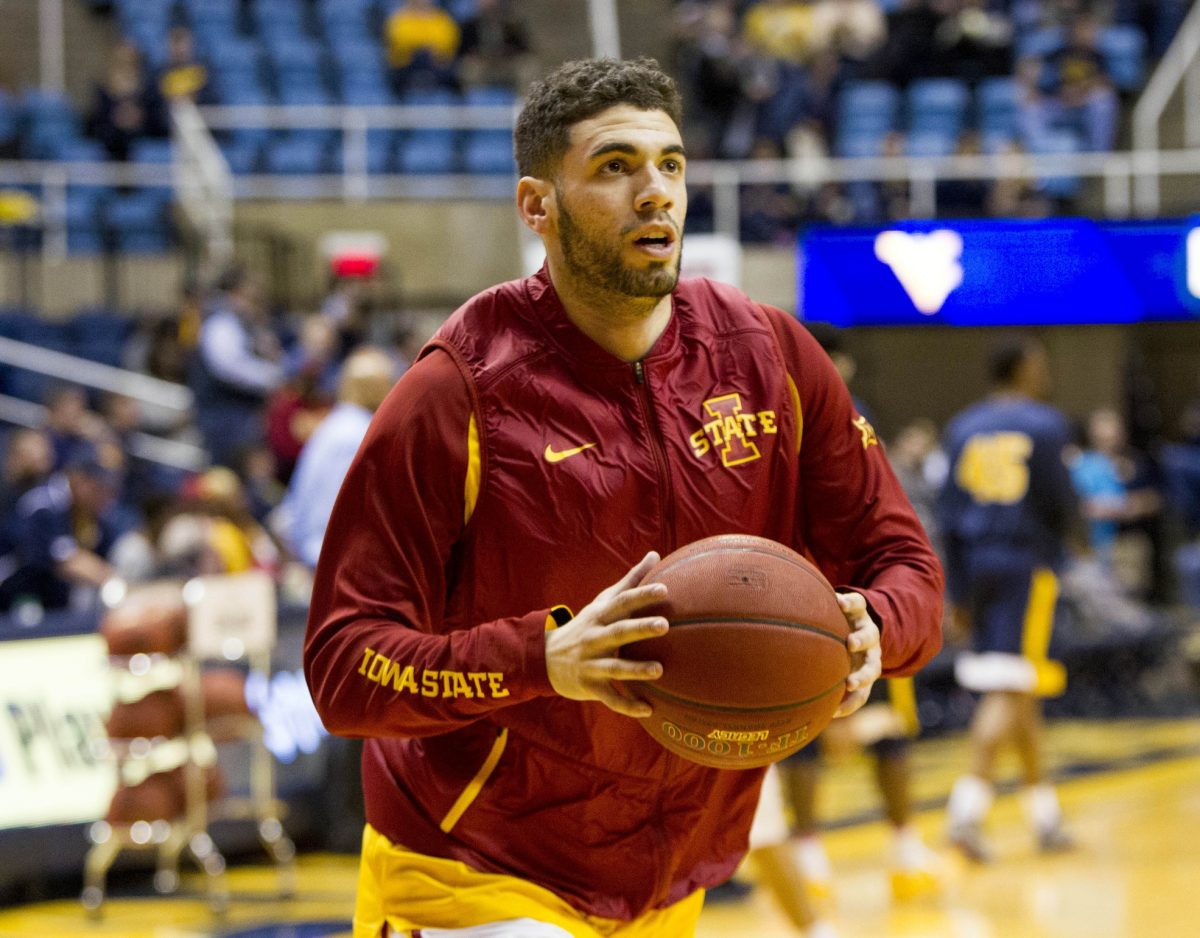 The superlatives. The personality. The numbers. The moments. The achievements. The quotes. The man.

Those are just a few chapters in the "Book of Niang".

Saying goodbye is never easy, but when it is an all-time great on and off the court the difficulty is amplified tremendously.

Of his 133 career games and 65 games inside of Hilton Coliseum, I’d hazard to guess most of us have seen them all; every game, every shot, every spin, every jump hook, and every bounce of the ball.

The individual numbers speak to his greatness, but the success of his teams throughout his career highlight his importance as a catalyst for the greater good. The rejuvenation of the Cyclone basketball program started before his arrival to Ames, but without Georges Niang the fuel for the ascension that we’ve seen never gets added to the tank.

His versatility and uniqueness on the court made him the lynchpin of Iowa State’s offensive success over the years. One could argue that even as a freshman he became the most crucial piece to an offense that finished sixth in the nation in offensive efficiency according to KenPom.com. He was surrounded by great players, great shooters, and another versatile front court partner in Melvin Ejim, but Georges could do it all.

On the block, at the perimeter, off the bounce, at the high post, or creating for teammates, Niang was the constant that opposing coaches rarely had the answer for. He was consistently, the straw that stirred the drink, if you will.

He’s 3rd on the all-time scoring list at 2,089 points (1,019 of them being scored in Hilton) with a legitimate chance to catch Barry Stevens at No. 2 (2,190 points), he’s 5th on the list of most career made 3-pointers at 177, and he’s 9th on the all-time assist list with 401 (of the 22 Cyclones with more than 200 assists, only Niang and Julius Michalik are 6’-6” or taller – Michalik finished with 308 assists). Those numbers are somewhat bolstered by more games in this day and age but longevity is also worth applauding.

The success of his teams is unmatched.

Niang has won two conference tournaments at Iowa State, just two others have been won in the history of the program (plus another two if you count the Holiday Tournament championships during the 1955-56 and 1959-60 seasons).

Georges Niang has been a part of more than 40 percent of Iowa State’s wins as a ranked team in the history of the program. In just four years of the 65 years since the poll began.

The memories with No. 31 are plentiful:

That isn’t all of it, not even close. But there are the highs, the lows, and the voids of unaccomplished goals.

But the tale of the tape on the court isn’t the only chapter to this book.

His personality and fun loving nature in interviews has always shone through in the most positive way. Whether it has been his self-deprecating humor, his honesty, his bravado, or his disappointment; his sincerity is noteworthy.

He has been an ambassador off the court and helped to create a culture in Ames of players that will go above and beyond and show their appreciation to fans above all else; autographs, hospital visits, pictures with anyone who would ask, and always representing the fan friendly program in the most positive of ways.

His achievements on the court individually and as a part of a team and program are only paralleled by the representation he’s given the program, with honesty, respect, and entertainment.

I love Senior Day. Probably in part because it goes back to my sentimental side and the memories that many of us have experienced at least at the high school level; the final bang to close an amazing book.

I always watch and think, “I hope these guys enjoyed their time here, have zero regrets about their decision, are at peace with using the college eligibility in Ames, and realize how appreciated they are.” Even when their team success didn’t meet their expectations on the day they arrived.

Niang has a long list of accomplishments, though some goals that were certainly never obtained. He never did get that regular season crown though Iowa State was close in 2013 (really!) and painfully close last season. And, he’s had some terrible luck in the NCAA Tournament. Aaron Craft, broken foot, and the third worst team scoring efficiency in the past four seasons against UAB where he struggled to convert around the rim with his touch.

The superlatives. The personality. The numbers. The moments. The achievements. The quotes. The man.

Niang has built a legacy on his accomplishments, his personality, and his work ethic. He hasn’t been blessed with the most physical abilities but he has optimized his potential. He’s tireless, he’s mentally tough, he makes the right play—the extra pass—and he’s so smart day in and day out to find individual and team success.

Georges Niang is probably better at playing basketball than any of us are at anything we do, but the reason we love him is because he embodies the mental image we have of ourselves. He is a walking, talking, jump hooking microcosm of the fan base that loves him so dearly.

He is exactly what the biggest Iowa State fan would be if they could do what he does on the court.

Through the success and the pain, he has bonded a perfect relationship with the Iowa State faithful. It is a relationship that isn’t coming to an end anytime soon, but instead, moving on to the epilogue.