AMES — A few weeks ago, Bill Fennelly said this was the toughest season he’s been through in his 21 years at Iowa State. Tuesday night’s game at Hilton Coliseum may have been the toughest one yet of this incredibly tough season.

“I’ll remember that I disappointed a lot of people,” Fennelly said on what he’ll remember about this season. “That’s not in my DNA and that’s hard for me. Whatever happens after this happens, but I’m just disappointed we couldn’t do some of the things I thought we had a chance to do and that I wasn’t able to get them to do those things. Hopefully our players and our staff feel that I tried to manage what we went through the best I could.”

Iowa State’s offense dug most of their hole for them during the first quarter when the Cyclones missed their first eight shots until Bridget Carleton drilled a 3-pointer just after the four minute mark. The Cyclones shot just 21.4 percent in the opening period while the Mountaineers opened up a 20-8 lead.

Junior guard Seanna Johnson, who had missed the last two games while spending time with her family after her father suffered a stroke, scored 13 of her game-high 21 points and grabbed eight of her game-high 14 rebounds during the first half after the Cyclones were able to find some offense during the second quarter.

The Cyclones twice pulled back within nine points before the break, but back-to-back 3-pointers by West Virginia’s Katrina Pardee made the deficit 42-27 at halftime.

“You’ve got to give Seanna an amazing amount of credit,” Fennelly said. “Hasn’t practiced in I don’t know how long. Really didn’t know the game plan that well, but comes out. Twenty-one points and 14 rebounds, pretty much single handily kept us in the game a little bit.”

West Virginia’s depth was what really overpowered the Cyclones during the second half to help them pull away for good. The Mountaineers had five players in double-figures scoring while sophomore guard Jadda Buckley was the only other Cyclone with 14 points.

“I’ve told all of our seniors over 21 years to leave a piece of you behind,” Fennelly said. “We have signs all over the locker room about the Iowa State way of doing things and how we treat people. You say thank you when you get off the bus. You sit on an airplane and you’re quiet while the flight attendant does their stuff. You do things in a way that, that’s what we expect so you hope that’s the number one thing they teach. Then also the work ethic, the balance school with personal life and social life. How do you handle success. How do you handle disappointment. All those kinds of things because every one of our kids has walked into Iowa State thinking they have forever to do this. Time goes quickly and for Madi and Kidd it’s now over.”

The Cyclones are locked in as the No. 8 seed in this weekend’s Big 12 tournament in Oklahoma City where they will square off with the No. 9 seed Texas Tech Red Raiders Friday night at 6:30. Iowa State and Texas Tech split their season series.

The winner of that one will have the tall task of taking on the six-time running Big 12 champion Baylor Bears on Saturday.

The Big 12 Tournament will likely mark the final chapters for two seniors that have played big roles in Iowa State women’s basketball both on and off the floor.

“The family gets thrown around a lot in college sports because it’s convenient and it sounds good in recruiting,” Fennelly said. “But it’s really part of it. You’re with these young people all the time. Their parents entrust them to you and they come to school and they come as 18-year-olds not knowing what’s going on to hopefully productive adults with an education from a world-class school and a basketball experience that, my goal always for our seniors, and it doesn’t always happen. Obviously you have seniors that are excited to be done. But when we recruit a kid, provide them with the best experience can, on and off the court, if you were standing at the top of the tunnel and ask a senior, “would you do it all again?” And they don’t say, “hell yes,” I didn’t do my job.” 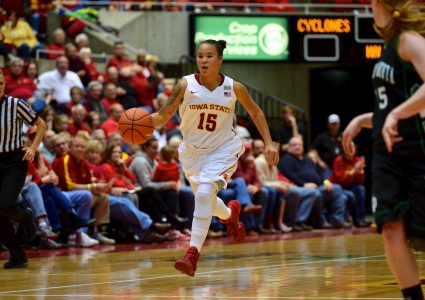 Rebounding a concern for women vs. West Virginia 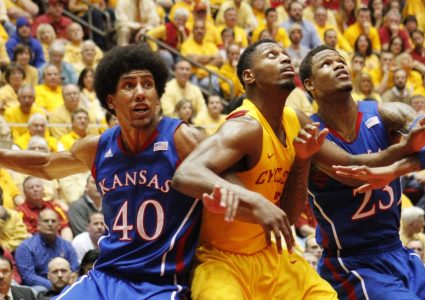