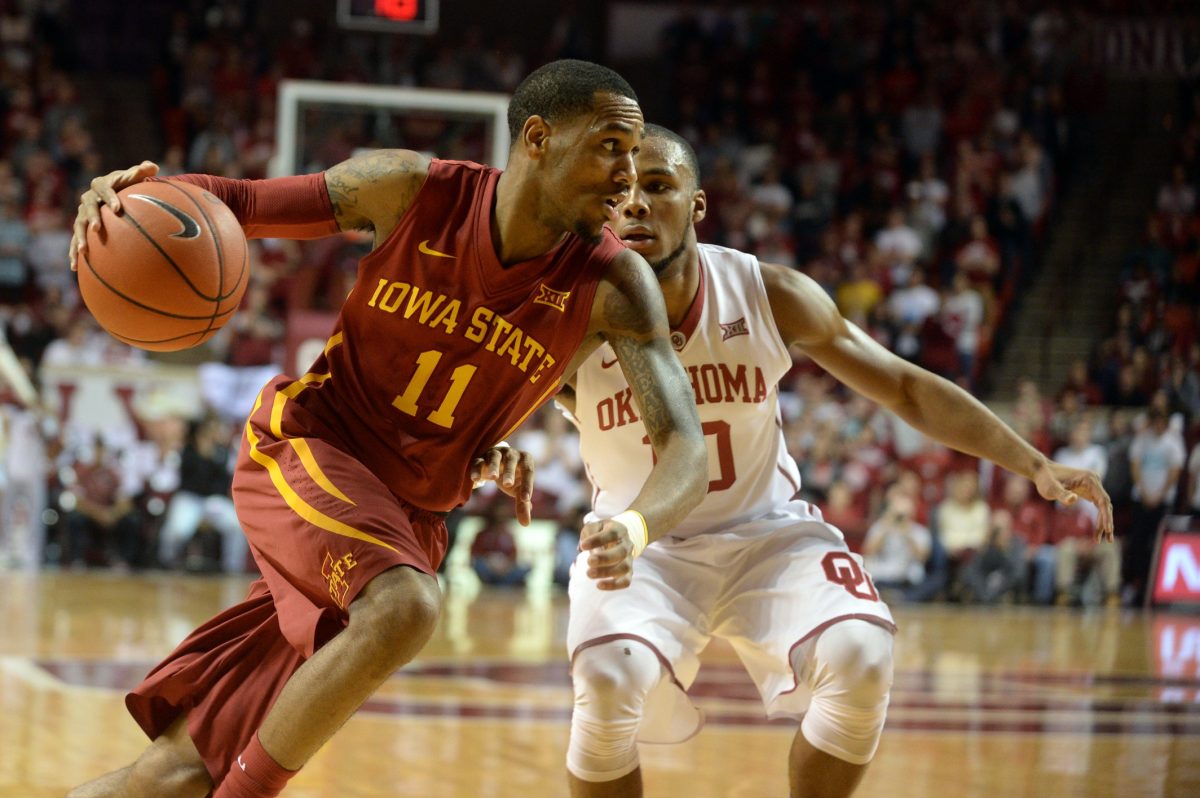 The opportunity cost; that’s why the loss in Norman on Saturday burns a bit for the Cyclones.

Most weren’t expecting a win on the road over the nation’s No. 3 team and Vegas had the Sooners as a 10 point favorite, so why would they? But the Cyclones played well and had their chances but a few costly mistakes swung the tide in the last five minutes of the game.

What was lost was a hell of a win and notch on the belt while trying to win a regular season crown (not to mention throwing a wrench on No. 1 vs No. 2 that the universe has been opining for over the last seven days). These guys are too good for moral victories but they can recognize things well enough to know that they played well enough to beat a very, very good team on the road and they withstood a flurry to still have a shot at victory inside the final minute. That’s worth something.

Some are lamenting the shot that Monte Morris fired in the final ten seconds to gain the lead, but give me that look from a career 38 percent 3-point shooter any day of the week in that situation and I will be a happy camper. A couple of costly moments down the stretch ultimately hurt too much and they came from unexpected places.

A weird Morris turnover and Georges Niang missing the front end of a one-and-one from the free throw line in an otherwise stellar night (and that seems like an understatement). As is the norm, this has been the catalyst for more depth concerns because those mistakes must’ve happened for a reason…like exhaustion from a short bench, right?

Maybe, but I can’t prove my point true anymore than the other vantage point. But let’s just note that while Morris played 39 minutes in Norman that is something he’s done multiple times in his career. He’s already played 37+ minutes eight times this season and he did it 15 times last season. Let’s just say he’s played huge minutes without freak turnovers far more times than with them.

In general, I think depth is overrated but I do think Steve Prohm needs to try and work Hallice Cooke into the rotation a bit more, even if it is mostly in the first half. Though I have to believe that his minutes will generally be higher against all non-Kansas and non-Oklahoma teams in the Big 12 season. You can’t overlook Deonte Burton stealing a few more minutes either.

Burton hasn’t played more than 21 minutes (Coppin State) yet this year and he logged just 20 versus Oklahoma. But he has been very impressive in his time on the court so far. He currently has an Offensive Rating of 146.1 which is out of this galaxy good when you consider his usage rate is at 23.4 percent. That is likely to drop off a touch though, which would be okay. He’s currently hit on seven of his ten three-point attempts which is also likely to regress, but if he hits anywhere above 35 percent from long range this season we’ll all be very happy.

His play has sparked the obvious call for him to start over Abdel Nader who has been great, bad, and consistently inconsistent like most of us probably expected. I won’t really argue one way or the other but I’ll just add that “who starts” is extremely overrated. It’s about the minutes played and who is playing well enough to be on the court to finish games. It appears that Prohm is planning on the status quo for now, which is the safest decision. The last thing you want to do is to make the decision too soon and flip flop back and forth repeatedly. But I can guarantee that more minutes are coming Burton’s way.

I have a couple of points here on the rebounding front that I wanted to make better known. We’ve talked about Matt Thomas crashing the glass but did you know he’s currently Iowa State’s second best defensive rebounder? Actually, he’s tied with Georges Niang in defensive rebound rate at 16.4 percent, behind Jameel McKay (18.2) and just ahead of Nader at 14.9.

I don’t know how much of that is by design or intent but it is worth keeping an eye on going forward as they look for more scoring opportunities.

We’ve all known for a good long while that Georges Niang is a stud. Maybe you didn’t notice it before his recent four game scoring binge but he’s playing much better this year.

Below is a chart with his career numbers and his career bests in a stat are noted with a green box around the number. Just look at how he’s playing compared to year’s past.

The biggest positive differences can be seen in his shooting percentage around the rim and his decrease in turnovers. He has brought his turnover rated down 33 percent from last year which couple with his shooting accuracy has really inflated his offensive rating.

The only real noteworthy area that has dropped has been his assist rate where he’s distinctly lower than his past two seasons. Some of that may be how ISU is more often initiating the offense with Morris now than Niang.

These numbers will likely come back to earth a bit as the competition is ramped up and it will stay up through the duration of the season, but if he can keep the turnovers down as he has so well so far I think this will ultimately be his best season yet. 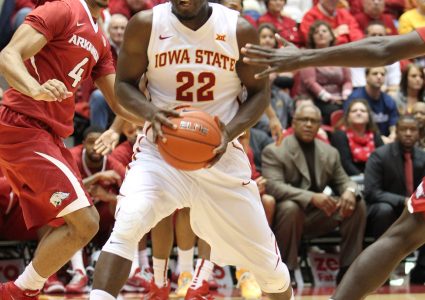