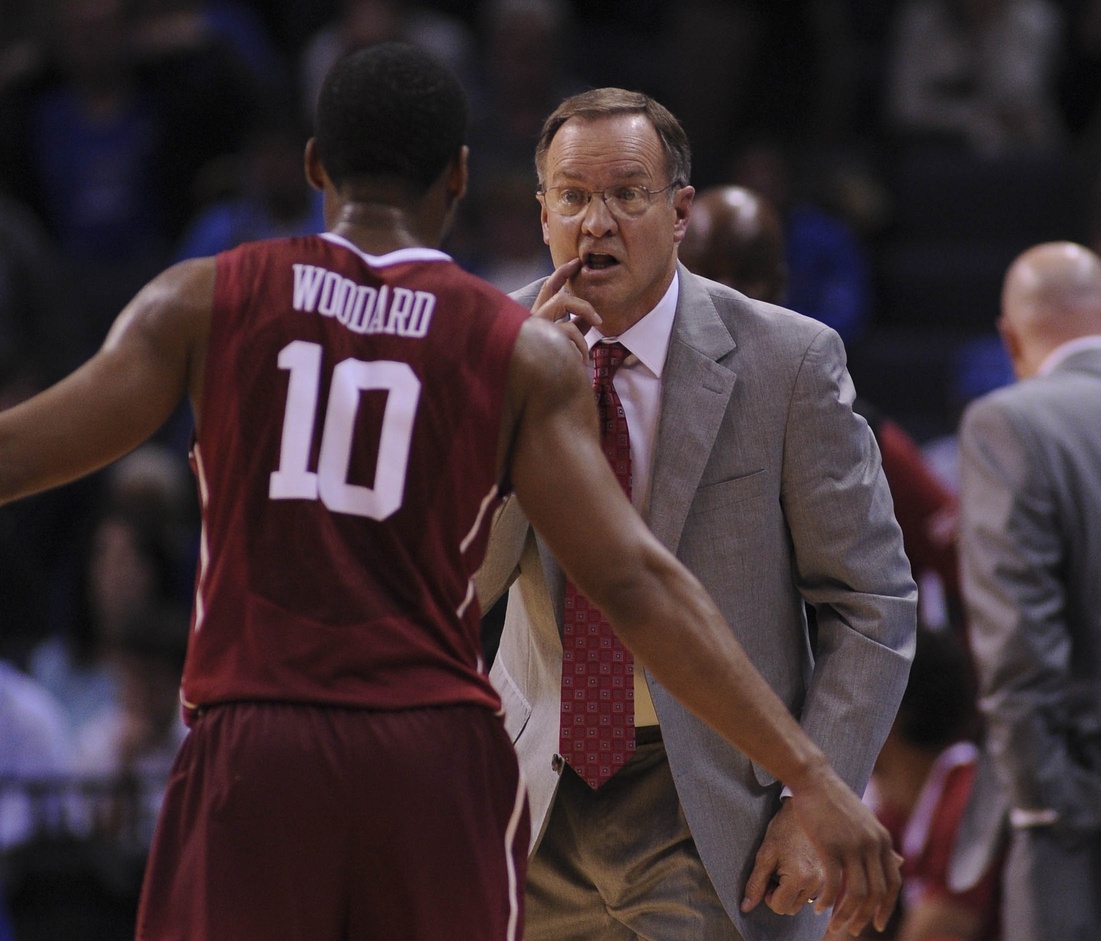 There were 14 minutes and 57 seconds left on the clock when a Ryan Spangler block sent Iowa State and Oklahoma into a media timeout in Hilton Coliseum last season.

The Sooners had a 48-28 lead and everybody remembers what happened next: The Cyclones scored 22-straight points in route to one of the most memorable comebacks in Iowa State basketball history. The Cyclones outlasted theSoonersto the tune of a 77-70 win.

The same can’t be said for theSooners.

Tonight, they will enter Hilton Coliseum as the nation’s No. 1 team, their first time at the top of the rankings since 1989, and they’re doing their best to learn from last season’s game while not dwelling on it at the same time.

“Haven’t talked much about it. Guys obviously recall it with disappointment,” said Oklahoma head coach Lon Kruger during Monday’s Big 12 men’s basketball teleconference. “It just reminds them how important each possession is, especially on the road.”

The atmosphere is sure to be raucous when the two teams take the floor for the 8 p.m. tip-off on ESPN’s Big Monday. Jay Bilas and Brent Musburger will be in the house.

There’s no doubt Hilton Coliseum will be at its peak, but how is that different than any other arena when the Sooners come to town?

“Hilton is great. Terrific atmosphere. The fans are fantastic, and you get that a lot of places in the conference,” Kruger said. “It’s not totally different from what we saw in Lawrence or what we’ll see this weekend.”

Here are some notes from Steve Prohm’s time on the Big 12 teleconference.

*** During his introductory press conference Steve Prohm told a story about watching Iowa State on Big Monday in Hilton Coliseum. Tonight he will get his first live experience, and that has him excited.

“I think they’ll be as excited as they’ve ever been from the beginning,” Prohm said. “It’s as good as a fan base as I’ve ever been around. I’ve been at Kentucky. I’ve been at Memphis, Arkansas, places that really fill the gyms to capacity. This is as good, it’s got to be as good as any team in the country. They’re in this game from start to finish whether you’re up, down, willing you to victory. Before I got here they told me this was one of the top five fan bases in the country, and from what I’ve seen since I’ve been here there’s no question they are. I’m looking forward to getting in Hilton tonight.”

*** Prohm broke down the biggest keys to getting a win over the Sooners.

“This is a great opportunity for us. Oklahoma is obviously super talented. Coach Kruger is one of the elite coaches in the country,” Prohm said. “He’s done a great job there, like everywhere he’s been. Obviously, the biggest key, Buddy Hield, Cousins, Woodard, we’ve got to do a great job on those three guys on the perimeter. We’ve got to limit transitions baskets. The biggest thing we have to limit is once we defend the first shot we can’t give up second chance points.”

*** Prohm confirmed that Hallice Cooke will return from his suspension.

“Yeah, he’ll dress. Minutes and everything, who knows. It’s really just based on the game,” Prohm said. “Jordan (Ashton) played well the other day, but he did what he was supposed to do yesterday, took care of his business, practiced with us yesterday, so he’s back 100 percent.”

The battle between Buddy Hield and Georges Niang is sure to be one of the biggest storylines entering tonight’s game. Prohm broke down what he expected to see from both players.

“Both guys are great players, but I think both guys embody the student athlete role and both are super representatives of their institutions and universities,” Prohm said. “I’m expecting Georges’ best game tonight. He understands what’s at stake tonight. It’s not just an opportunity to beat No. 1, it’s just our team trying to get better and win the next conference game. We have to play better. He understands we need to try to take care of business tonight. Your best players step up in the biggest moments, and I expect Georges to step up tonight.”