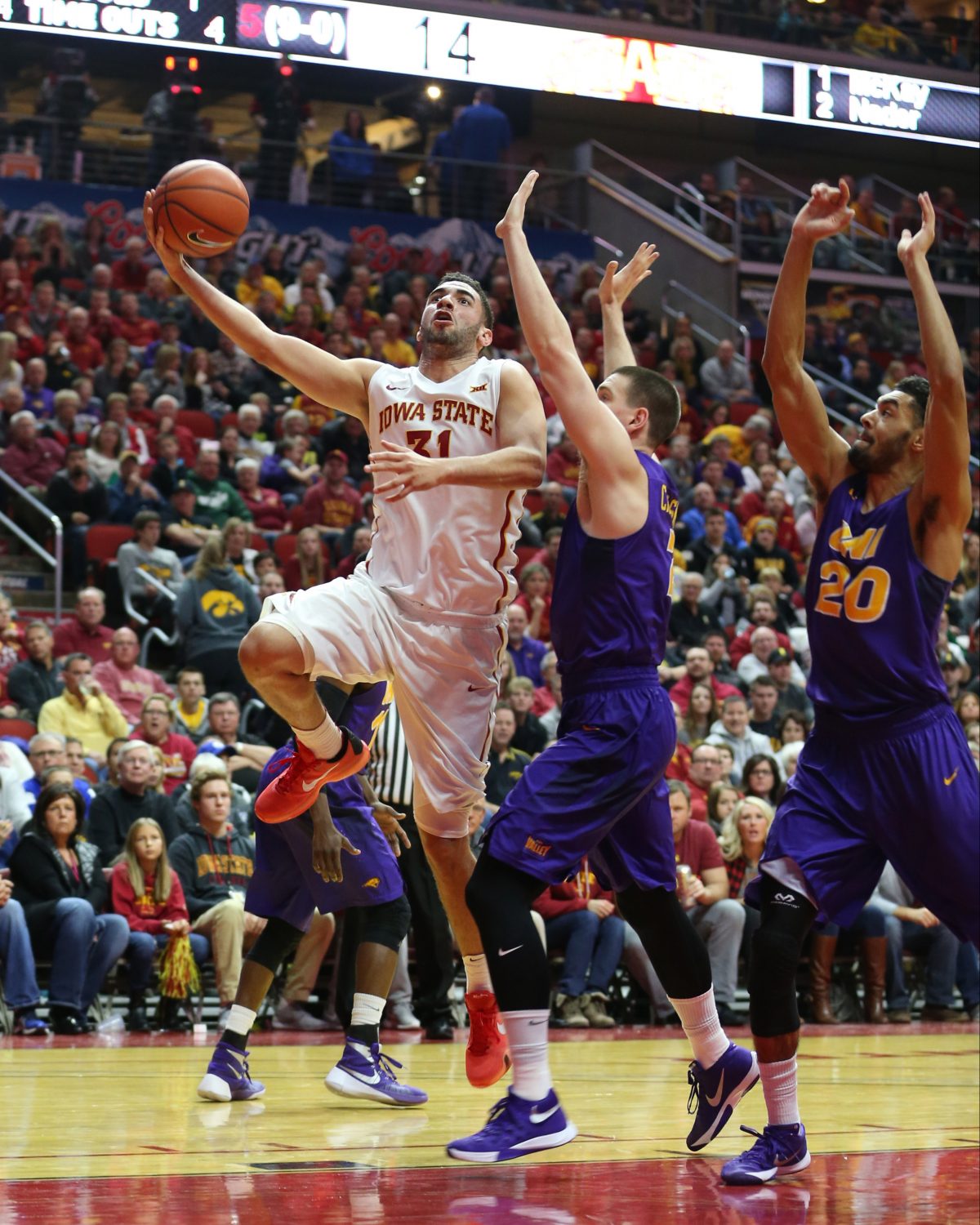 Georges Niang looked down, slumped in his chair, a parka draped across his 6-foot-8 frame.

Less than 20 minutes earlier, the Iowa State star forward had enjoyed a chance to deliver a potential game-winning shot on the Wells Fargo Arena floor.

Niang — who scored 30 points — was isolated at the point of attack. With the No 5 Cyclones down 80-79 to upstart Northern Iowa, the clock ticking under 15 seconds remaining, he whirled into a move that usually ends with a big finish.

But Saturday, Niang slipped as he got started. The ball came loose and UNI scooped it up. The odd, ill-time occurrence typified ISU’s first loss of the season, and 81-79 Big Four Classic setback that left the Cyclones shaking their heads.

“Coach (Steve Prohm) drew up a play to get my isolated at the top of the key or to the right of it,” Niang said of his stumble. “It was a good play. I mean, I lost my footing and I tripped and fell.”

It’s not often a team that allows an opponent to shoot 59 percent from 3-point range (13-of-22) survives to get one chance — let alone two — to redeem itself down the stretch.

But the Cyclones were granted those opportunities.

Morris’ shot, like Niang’s, seemed like a good one. ISU’s point guard took an inbounds with 6.4 seconds left, drove toward, then along, the baseline and floated a shot toward the rim he’s made many times. It didn’t draw iron. Game over.

“I expected him to make it,” said Cyclone big man Jameel McKay, who was under the hoop as Morris put up the shot. “He had a good look. I was surprised he was so open. I thought it was going in. I didn’t even know how much time was left. I just knew it was going in, to be honest.”

ISU tried to fight from behind pretty much all night long.

The Panthers (7-3) drilled nine of their first 11 3-pointers. Wes Washpun’s drives off high ball screens made most of those possible. Washpun dropped 26 points and 11 dimes in the Cyclones (9-1), who eventually put long and athletic Abdel Nader on him in the second half to contain the damage.

It worked to an extent.

UNI led by as many as 11 points, but ISU sparked some second-half momentum with back-to-back hoops from Niang out of the gate.

The Cyclones trailed by just five, at 46-41, but the Panthers consistently rebuffed ISU’s advances.

Example one: After Niang’s quick four points out of halftime, UNI’s Bennett Koch made a jumper and Paul Jesperson (from Washpun) sank one of his seven from deep.

Example two: McKay threw down a dunk to pull ISU within six, at 53-47.

This dance continued until the Cyclones finally mounted an 11-2 run capped by another McKay slam.

Suddenly, it was 66-all. The game remained tight after that, but ISU couldn’t hit the big shot(s) late as it has so often in the past.

“We’ve all got to get better,” Prohm said. “That’s just part of the process. We’re 10 games in. We’re 9-1. Got beat by a good basketball team. Defensively in the first half our ball screen coverage wasn’t good. We did a better job in the second half. Held them to 35 points and put ourselves in a position to win. But the 3-point line really hurt us. If you look at every stat — we made more field goals, we made more free throws, we out-rebounded them, we had less turnovers, more steals, more blocks. Just the 3-point line really hurt us and then Washpun off the middle ball screen really hurt us.”

The addition of Deonte Burton — eligible for the first time Saturday — helped, but not enough.

The burly 6-4 forward chipped in seven points and three rebounds in 15 minutes, but all of that production came in the first half.

“Thought he made some good tough plays,” Prohm said.

ISU obviously needed more of them.

Morris had a relatively quiet night, with eight points and six assists, but took an especially hard hit after a steal and layup try with 8:44. He continued to play, however, after initially clutching his right lower leg in pain.

“He got hit a couple times pretty good,” Prohm said.

But Morris played on — as will the rest of the Cyclones, of course. Next up: top-25 Cincinnati, Tuesday, on the road.

“We had one downfall,” Niang said. “I don’t think that’s going to determine who we are.” 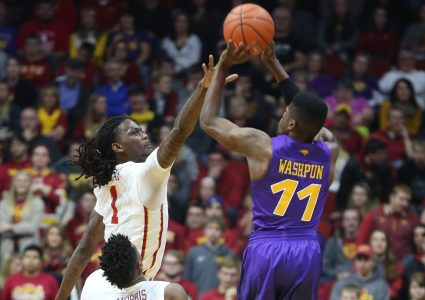 WILLIAMS: Cyclones out of sync in loss to UNI