AMES, Iowa – Fans of the Iowa State volleyball program will have a chance to get an early look at the 2015 Cyclones next Tuesday, Aug. 18, when ISU and head coach Christy Johnson-Lynch host an open practice, free to the public at Hilton Coliseum.

For the first time, fans will get an exclusive behind-the-scenes look at a Cyclone practice as Iowa State readies for the 2015 campaign, which begins on Friday, Aug. 28 at 6:30 p.m. inside Hilton against Dayton.

Doors open to the public at 2 p.m. with practice running from 2-4:30 p.m. Fans and spectators can enter Hilton Coliseum from the South doors or the Lower West doors. Parking will be in lot C2, in front of the South doors. The concession stands will not be open.

On Saturday, Aug. 22 ISU will host its annual Cardinal and Gold Scrimmage starting at 1 p.m. at Hilton Coliseum. 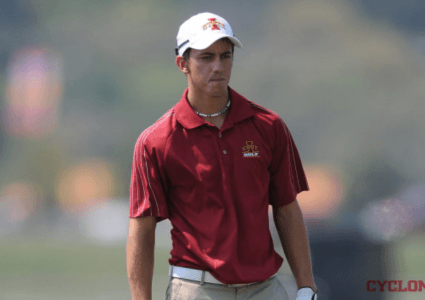 Iowa State alum will compete in the Open Championship