Jamie Pollard’s fifth major coaching search as Iowa State’s athletics director is proving to be a challenge when it comes to confidentiality.

This is what happens when your superstar coach leaves a top-10 team to take over for the Chicago Bulls. Plus as of June 3, Iowa State is the only college job in the country open. This search is going to garner all sorts of attention and that has been apparent over the last five days or so.

Tuesday’s drama (if you will) began when Jon Rothstein of CBSSports.com published a piece that stated differences between Pollard and Iowa State president Steven Leath exist when it comes to the direction of the hire.

My take: The wording of that might be a little bit misleading for currently heartbroken Iowa State fans – a bit of a tease, if you will. I’ve heard two possible candidates that I’d maybe consider to be “brand names.”

Current Oregon and former Creighton head coach Dana Altman is one of them. The other is a guy who has his jersey hanging in Hilton Coliseum and is the current head coach of the Phoenix Suns, Jeff Hornacek. (Note that I’ll dig deeper on each current candidate later in this column.)

I feel like when folks read the words “brand names,” you’re thinking larger than Altman and a guy we have all tossed around for weeks now. Hornacek, no?

T.J. OTZELBERGER: He’s never been a head coach before. I know. But Otzelberger is 37 years old. Every coach has to become a head coach for the first time at some point. He’s been at Washington for the past two years but the overall feeling with “Otz” is that if he’s the guy, it is basically a promotion from within.

I did some research on similar situations over the years, when proven head coaches left and their “right hand man” was promoted and given his first head coaching opportunity after that.

Don’t get me wrong. It doesn’t always work. For every guy I just listed, there’s a situation where the promotion from within wasn’t successful. But the grand point here is that it’s worked in the past for some big-time coaches in the college game.Hoibergwas a big-time coach.Otzelbergerwas his associate head coach that helped get the program going initially. His ties to the current roster are well documented. Otzelberger has paid his dues and deserves an opportunity somewhere. In my opinion, he is a fine fit atIowaState.

If Otzelberger is hired, the biggest key will be finding his Bobby Lutz (a former head coach) to help pave the way.

STEVE PROHM: According to ESPN.com’s Jeff Goodman, Murray State head coach Steve Prohm is “in the mix.” Prohm has compiled a 104-29 record over four years with the Racers. He’s an up and coming 41-year old who I have had tabbed as a candidate for weeks.

BRAD UNDERWOOD: The same can be said about a name that ESPN analyst Fran Fraschilla threw out there today, Stephen F. Austin head coach Brad Underwood. As I wrote on Monday, I really, really like this option for Iowa State if the administration chooses to go the mid-major route.

LEON RICE: I have confirmed through a source that along with Prohm and Underwood, Boise State head coach Leon Rice will get a look. How serious of a look is unknown at this time. During his five years in Boise, Rice has led the Broncos to a record of 102-63 with two NCAA Tournament (both First Four) appearances along the way.

DANA ALTMAN: Perhaps this is the “surprise” that we have been hearing about…

Altman, who made a name for himself during a 16-year run at Creighton, has led Oregon to three straight NCAA Tournament berths. He’s 56-years old and has a whopping 26 years of head coaching experience on his resume. His fast-paced, 3-point happy style of play would fit in well at Iowa State. Altman made around $1.9 million last year at Oregon and due to serious off the court issues within his program that made their way to court, could be interested in taking a pay cut, coaching a talent rich team like the Cyclones and getting closer to home. However, former Des Moines radio personality and a man who covered Altman closely at Creighton, Matt Perrault, has sourced info ruling it out. Take it for what it’s worth. As Matt pointed out, this is a very fluid situation.

JEFF HORNACEK: Here’s why I ultimately don’t think that Hornacek will get this job: Because his name has surfaced SO MUCH over the last two weeks. If you were Hornacek, head coach of the NBA’s Phoenix Suns, wouldn’t you want your candidacy to return to the college game to be as quiet as possible? So he’s politicking for a new contract? Maybe… But if Hornacek really is a candidate here (meaning that he really wanted the job), the only way he can interview is if he is damn sure that he is going to get the gig. It is hard to go back to the NBA if you don’t. It’s very possible that I’m wrong. This would without a doubt be perceived as a slam-dunk hire.

For what it’s worth, a Phoenix sports talk radio station called to interview me about Iowa State’s interested in Altman on Tuesday so clearly this discussion isn’t only happening in central Iowa.

BRYCE DREW: This is the one guy whose name I thought I would hear mentioned behind the scenes, but haven’t yet.

Thoughts on the Pollard/Leath situation

I think it is being overblown.

Secondly, the core job of every athletics director is to handle situations like this, no?

If the CBS report is true, I admire and appreciate President Leath’s passion and vision for Iowa State. And he’s absolutely right about Hoiberg making the job better than it was five years ago. There’s no doubt about it.

This has to be a team decision though. It’s one of the reasons (I feel) why Hoiberg was able to have so much success. Even though there were some questions at first, every person in Ames was supportive of Fred from day one. When he brought in what seemed like 200 transfers in the first two years (which was taboo back in that day), nobody batted an eye. Had administration have been split on the hire to begin with, Fred’s hands could have gotten tied (much like what happened to Greg McDermott thanks to an APR disaster left behind by the Morgan regime).

It’s why Jim Harbaugh is going to knock it out of the park at Michigan. It’s why Kliff Kingsbury will get more time than most to succeed at Texas Tech.

Everybody needs to be on the same page.

I love the fact that Iowa State is conducting a national search and that Leath is involved but at the end of the day, give your input (like it appears he is doing) and let Pollard do what you pay him to do because if this doesn’t work out four years from now, Leath’s name isn’t going to be attached to the hire. Pollard’s most definitely will.

— Is anybody happier about #Hoiball heading to Chicago than Doug McDermott? I feel like Fred is the picture perfect for the sharpshooting “McBuckets.” Instead of “Thibs’” defensive-first, toughness philosophy being breached, I have a feeling Hoiberg will tell his fellow Ames High graduate to put up 10 threes a game.

— That presser made it that much harder for Iowa State fans to lose Fred. He nailed it. To the core, Hoiberg is so genuine. So humble.

— Even though he’s now the head coach of the Chicago Bulls, Fred Hoiberg should keep his Twitter handle, @ISUMayor32. He will always be “The Mayor.” Iowa State will always adore him. That’s who he is. It’s who he will always be. Keep the handle, coach.

— It’s been noted quite a bit on social media but I’ll write it again: Iowa State’s current roster has been amazing over the last two weeks. The Cyclones have showed so much maturity and deserve a tip of the cap for that. 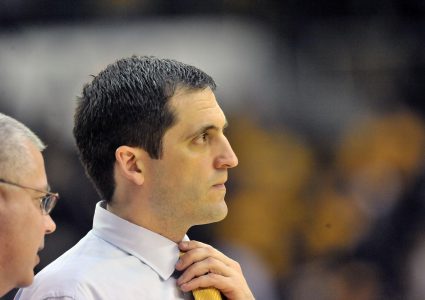 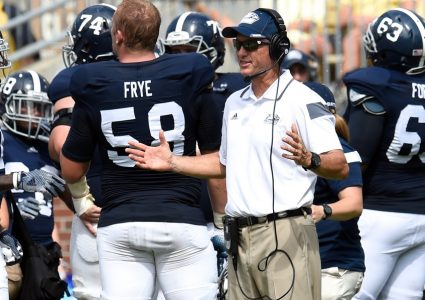