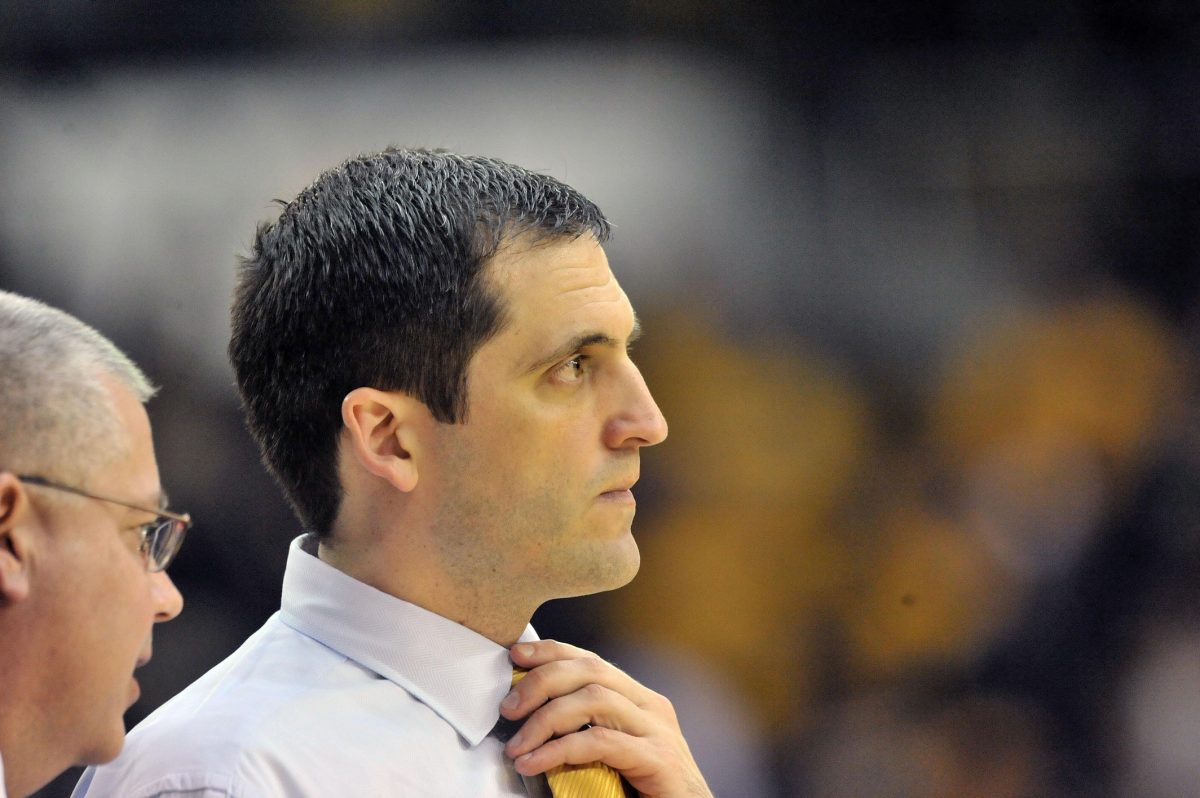 AMES —Jamie Pollard has conducted his fair share of coaching searches during his decade-long run as Iowa State’s athletics director. With the recent hiring of Steve Prohm replacing Fred Hoiberg as head basketball coach, there have been five (football and men’s basketball) of them to be exact.

“Stealth” is what I used to call Pollard. That’s because in every one of his four searches prior to the most recent, it was anybody’s clue as to what exactly was going on. There were rumblings and we had a vague idea as to the targets, but Pollard always seemed to zig and zag along the way.

This one was different though.

Maybe it is because Iowa State is set to return a top 10 roster next season. Maybe it’s because we’re in the middle of June and nothing else is going on. It’s probably a combination of the two but right or wrong, this coaching search played out very publicly.

“I would say that the world has changed from a week ago to a year ago to four years ago when we did a search,” Pollard told CycloneFanatic.com on Tuesday morning. ”Social media, the lack of accountability for people putting out whatever they want and then somebody sources it and all of the sudden it is five times later and the organization writing the article has no idea who the original source was. There was garbage out there. That part is frustrating. I can’t change that. It’s the age that we live in.”

One of Pollard’s only regrets from the way this went down had to do with communication with Iowa State’s players and also Murray State’s.

“I didn’t think it was possible but we had really hoped that both Coach Prohm and us could deliver to our respective teams the message and we came awfully close, which is really unheard of,” Pollard said. “From that perspective, I think we did a really good job but it still got out. It’s more a reflection of the times. It is frustrating because there is a lot of misinformation that wastes a lot of people’s energy. Yours. Ours. Players. Candidates, because they are worrying about stuff that they really don’t need to worry about.”

The rift was a bunch of “garbage”

I specifically asked Pollard about a national story that generated a large amount of conversation in the media, on message boards and social media.

“There was no truth to that at all,” Pollard said. “I have my theory on why and how that got out. That doesn’t matter because I am past it. But it was frustrating because that impacted him. That impacted me. That impacted our players. That impacted candidates and that is really unfortunate. It was total garbage. Whoever planted that had an agenda and that is for their life to live.”

Why not TJ?: A conspiracy theory within a portion of the fan base and media was predicting that Iowa State assistant coach T.J. Otzelberger had been given the job when he returned to Ames from Washington this April. So, why didn’t Otzelberger get the gig?

“We interviewed seven people and he was one of the seven,” Pollard said. “T.J. did an outstanding job. T.J. is a great person. He fits many of those same qualities. He just as easily could have been up here but at the end of the day, you have to be really objective. Part of being objective is there were a lot of candidates who had a lot of what he had but had been proven winners and had done it. That was a gut-check for us. In the end, there were other candidates that were just other candidates who were better prepared to take this position at this time.”

Otz on staff?: So will Otzelberger or Cornell Mann be on Steve Prohm’s staff?

“I am always going to say that the coaches will pick their staffs just like I wouldn’t want the president to decide who my staff is,” Pollard said. “That’s a really important piece of trust and culture. At the same time, Steve has openly talked about the staff, not just T.J. but all of them. That’s something that he is going to have to analyze and work through with meetings and figure out what is the right fit.”

“The biggest part for me is not them identifying candidates because we gave them a list of people and said, ‘Here are 20 people now go do my research for me.’ They put it together in a logical way,” Pollard said. “What they do really well is just handle the logistics and the sheer coordination. I wish I could take you all through it sometime. I hope I don’t have to do it a lot but when you think about that we interviewed seven people and five on Sunday. They are all staying in hotels and coming in the night before and coming into the office. You’re doing an hour and a half to 15-minute breaks and no one sees anybody. There is a coordination that is kind of mind-boggling. Then you are doing background checks and all of the things that need to get done. If we were trying to do that plus trying to pull yourself out of the weeds and trying to be objective, you couldn’t do it. That’s what I really hired them for – so that we could just show up, interview the candidates and make a logical decision.”