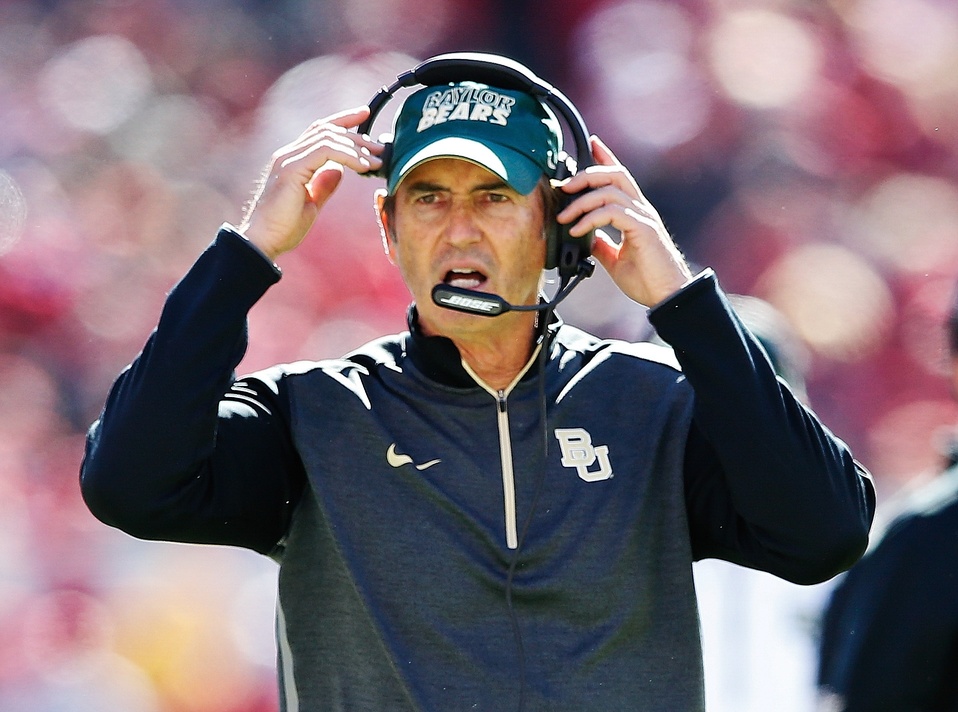 The livelihood of every college program, football or basketball, is based off of what happens on the recruiting trail.

At Iowa State, we saw this first-hand during the Hoiberg era. Fred Hoiberg not only recruited gifted players to Ames (albeit in a non-conventional way), but he kept those players in Ames.

This was the downfall of Greg McDermott, in my opinion. Four future NBA players left Iowa State early during McDermott’s years and other than Craig Brackins, none were for the right reasons. Mike Taylor, Wes Johnson and Justin Hamilton all bolted early. It wasn’t McDermott’s fault, but Will Blaylock, Curtis Stinson, Tasheed Carr and Shawn Taggert all left town before reaching their full potential.

In football, it sure would have been nice if Iowa State’s beaten down defense would have had two NFL bodies, Rodney Coe and David Irving up the middle last year, no? That’s just the start when it comes to football attrition we’ve seen at Iowa State over the years.

That’s all history though and is not what I’m concerned about today. Iowa State’s football future is where I want to go here.

It has almost become a joke around here – my great appreciation (fascination, obsession, whatever you want to call it) with Baylor head football coach Art Briles.

I fully realize that comparing Iowa State to Baylor straight up simply is not fair. There isn’t a state in America with a more bountiful garden full of ripe football stars than Texas. Baylor has more Division I recruits within a 100-mile radius of Waco than the entire state of Iowa produces every single year and it isn’t even close.

But the struggles of each program over the course of time make this an easy, even if unjust, association to create in one’s head so if you’ve done it, I can’t say that I blame you one bit.

It’s almost impossible for an Iowa State fan to look at Baylor, a program that was beyond pathetic in the late 90’s and early 2000’s, and ask, "Why not us?"

We should also all be able to agree that striving to do what Baylor has done at Iowa State would be a very positive thing. Even if it is an improbable long shot (which if you have even a hint of realism within you, you realize that it is), a culture will truly never change unless the program and its supporters truly have championship aspirations. If the common goal is 6-6, that is EXPECTING and being happy with losing half of your games.

It’s all about talent folks. Consider the following:

— Throughout the entire course of Iowa State’s football program, only one Cyclone has been drafted in the first round (George Amundson back in 1973). Iowa State only has three bowl wins in program history.

From Briles’ book “Beating Goliath,” here are three excerpts on recruiting that I feel like we can all learn from here in central Iowa.

“One of my core beliefs is that you can’t change ability. You can’t take a guy who runs a 4.7 40-yard dash and turn him into a 4.4 guy. He might become a little faster with training, conditioning and proper diet. You might be able to get him to play up to his speed by coaching him about the game. But it’s hard to change raw ability.”

“When I watch an athlete, I’m looking for dominance. Is this player dominating the competition? Is he doing it game in and game out? Does he have the desire to dominate? You have to pick those traits. And it’s not just in football. You want to see if somebody does that in other sports.”

“The point here is that I not only want great athletes, I want guys who want to dominate the competition. I don’t want the “what if” guys. You know the type: The guy who was great for a couple of years in high school and then everybody in his hometown talks about “What if?” What if he had just worked a little harder? What if he had taken school a little more seriously? What if he really liked competing? There are parks and recreation centers all across this country loaded with “what if” guys.”

What I took from the recruiting chapter of Briles’ book:

— At any level of high school ball in Iowa, Big 12 players should stand out and be dominating. If that isn’t the case, can we really expect these guys to thrive in the Big 12? If a high school football player (at any level) in this state is coming to Iowa State and isn’t far and away the best player on the field, that’s a problem.

— It reaffirmed my thoughts on the YMCA Capital City League with basketball. Iowa State’s guys should BE THE LEAGUE in West Des Moines. There shouldn’t be any question as to who the Cyclones are when you walk into the gym. For the most part, there usually isn’t.

*** Speaking of recruiting, I was surprised at the overall reaction to the first basketball commitment of the Steve Prohm era last week when Clinton’s Brady Ernst became that guy. Isn’t it common sense that in late June with two (and maybe three) scholarships to burn, Iowa State was looking to add any frontcourt depth that it could possibly find? Ernst probably won’t ever be an All-Big 12 guy but at this point, pardon the cliché, it is what it is. If you are expecting Iowa State to add a DeAndre Kane for next season in late June, then I’ve got some oceanfront property in Arizona for you to rent out as well. Ernst will at the very least be a quality scout team guy with upside and hopefully he can develop himself into a Big 12 player someday. Iowa State was desperate for bigs and they got one.

*** I saw on Twitter over the weekend that Monte Morris recently lost his grandmother. Morris’ family is a fun one. Please keep them in your thoughts.

*** Thanks to all of you who showed up (and/or donated) to our Ponseti International fundraiser on Friday night at BenchWarmers. When you combined our online drive and silent auction, we raised approximately $5,000 for Ponseti International. Cyclone fans and specifically, you Fanatics, are as awesome of a group as there is. 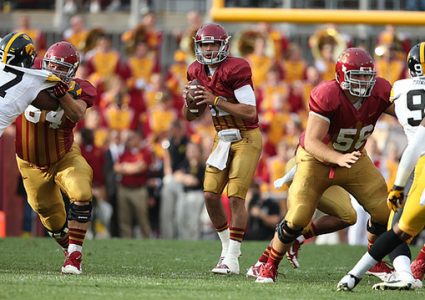