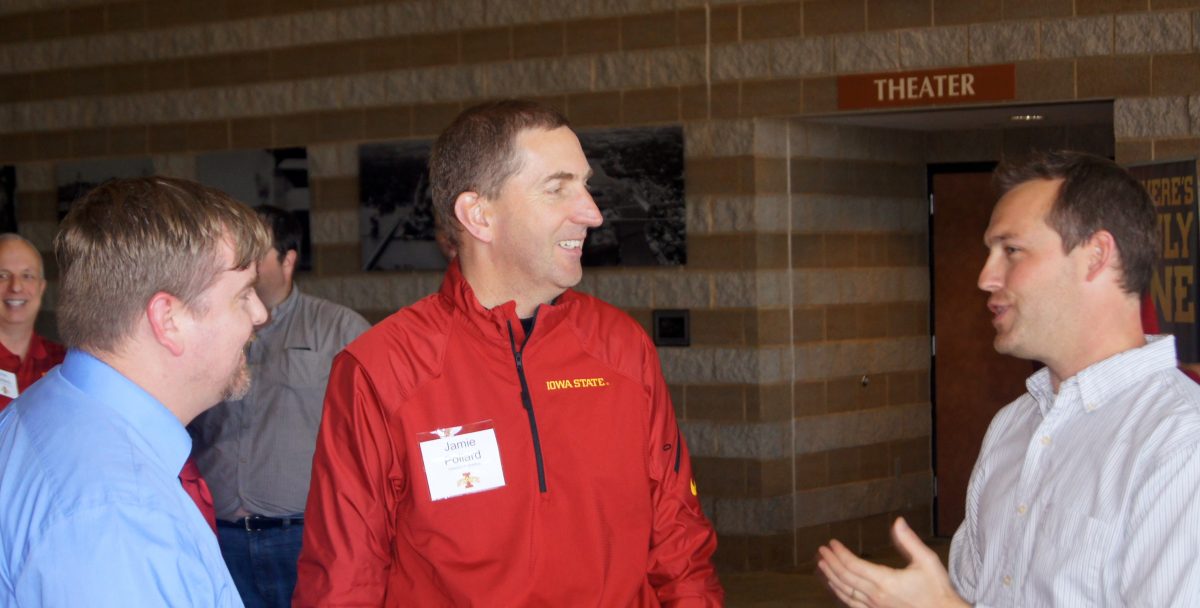 OTTUMWA — Iowa State athletics director Jamie Pollard looked forward to mingling with 120 or so fans Tuesday as the 2015 Tailgate Tour kicked off at the Bridge View Center.

It’s that time of year — at least the last three or four years, anyway — during which the Cyclones’ ultra-successful men’s basketball coach has his name linked to potential and/or current NBA job openings.

No surprise, of course. Pollard’s a seasoned veteran of these annual three-, four-, maybe five-ring circuses.

“From the first time I met him back in Minnesota for the job he’s talked about (how coaching in the NBA is) something that he just has been intrigued by getting to do,” said Pollard, who like Hoiberg is recovering from open heart surgery. “Now we are four years later, five years later and he’s proven he’s a really darn good coach, so there’s a lot of people that have interest in him. So none of that has ever changed. What’s changed is he’s probably on a lot more people’s lists because he’s proven he can do it.”

It’s clear Ames’ favorite son, a.k.a. “The Mayor” doesn’t dabble. He dominates. So he’s all-in at whatever he does.

But will that be as the Cyclones’ coach next season?

“I hope so,” Pollard told a handful of reporters before taking the stage. “In some ways you just get numb to it. I think what we all need to do is appreciate what we have and enjoy it as long as we can.”

Below, find more of Pollard’s comments on the annual Hoiberg-to-the-NBA speculation:

*On Hoiberg potentially leaving sometime down the road …

Pollard: “If he were to go sometime in the future would we all be sad? Absolutely. But at the same time, he has put our basketball program in a whole different world and we’d pick up the pieces and move on.”

Pollard: “The first couple of years some of the concern was, ‘Well are we doing our part to pay him at the (appropriate) level?’ When we hired him we took a chance on him and we paid him accordingly for taking a chance on him. And he delivered — and has more than delivered. So we now are paying him at one of the top probably 10 or 15 coaches in college. So I don’t worry about that part anymore. It’s not like,’ Well, if he leaves he’s leaving because he didn’t feel that we did our part.’ Now it’s just strictly a decision for him and their family personally whether that’s — not what he wants to do, because he’s made that clear: That’s what he wants to do. It’s a matter of when he wants to do it.”

*On whether he “worries” about Hoiberg leaving, or accepts the speculation — and possibility — as a matter of course …