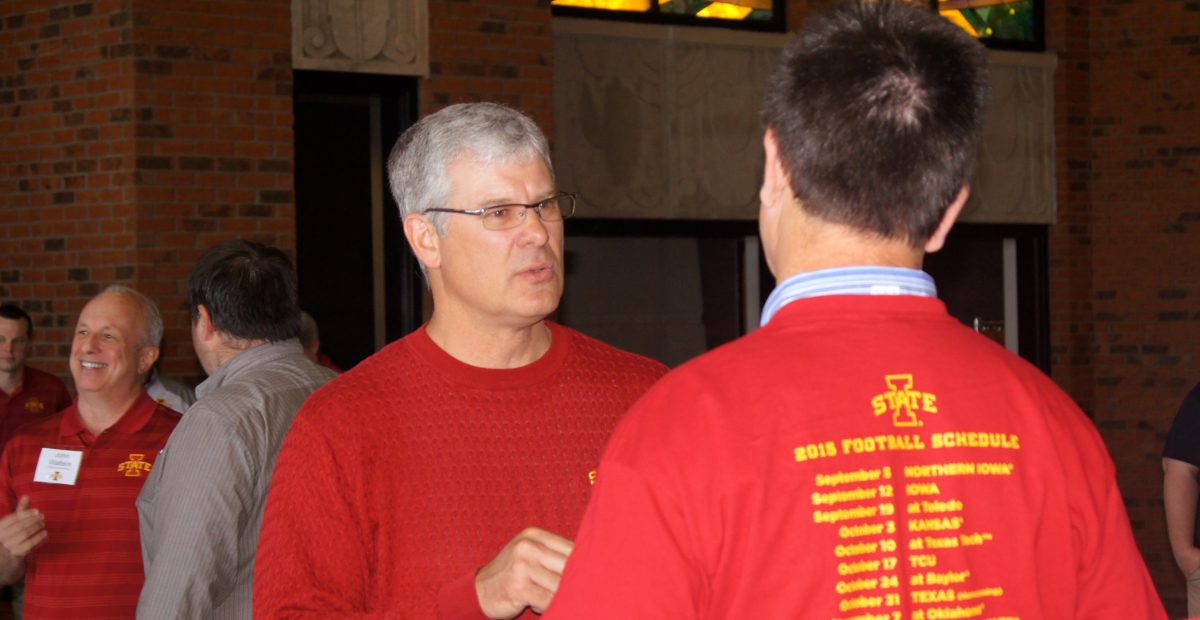 OTTUMWA — Finally, some good news in the twist-, turn- and tear-filled football career of Luke Knott.

That’s big news, too, given Rhoads indicated late in spring camp that the serious hip trouble had the potential to end Knott’s career.

They still could, but Knott, Rhoads added, plans to do “everything that everyone else is” beginning May 18 in hopes of making a mark on the field in 2015.

“I think it’s very much a positive for Luke,” Rhoads said Tuesday during a Tailgate Tour stop. “He’s taking it day by day. He’s very realistic because he knows what he’s gone through. He knows the great deal of pain that he’s played with just to continue to play. I think he’s probably, ‘What’s lurking behind the next door for me?’ So it’s not that he’s pessimistic, but he’s realistic and he’s taking it day by day and seeing where it leads from there. And if finishing out his career and playing is what he wants, then that’s what I want for him. We’re anxious to see if we can continue down this positive path right now.”

Knott ranked third on the team in tackles last season with 74.

Knott previously had surgery to repair a torn labrum, then to fix a calcification issue.

Rhoads said incoming freshman running back Sheldon Croney is recovering well after accidentally shooting himself in the hand earlier this month.

“Matter of fact, talked to the medical staff this morning,” Rhoads said with regard to the 18-year-old Bakersfield, Calif. native. “They have not got records yet but confident in what they’ve learned that, yeah, it’s six week(s), then probably a little bit more healing time.”

Rhoads said quarterbacks coach Todd Sturdy, a main recruiter for Croney, was able to relay information on the incident to him shortly after it occurred.

“So it wasn’t as alarming as just getting a message that one of our recruits had been shot,” Rhoads said. “I had very detailed information on the incident: What took place, how it took place and … the extent of what the injury was at that point.”

Croney is expected to eventually make a push for carries in an inexperienced backfield led by Tyler Brown, who had just 24 carries last season.