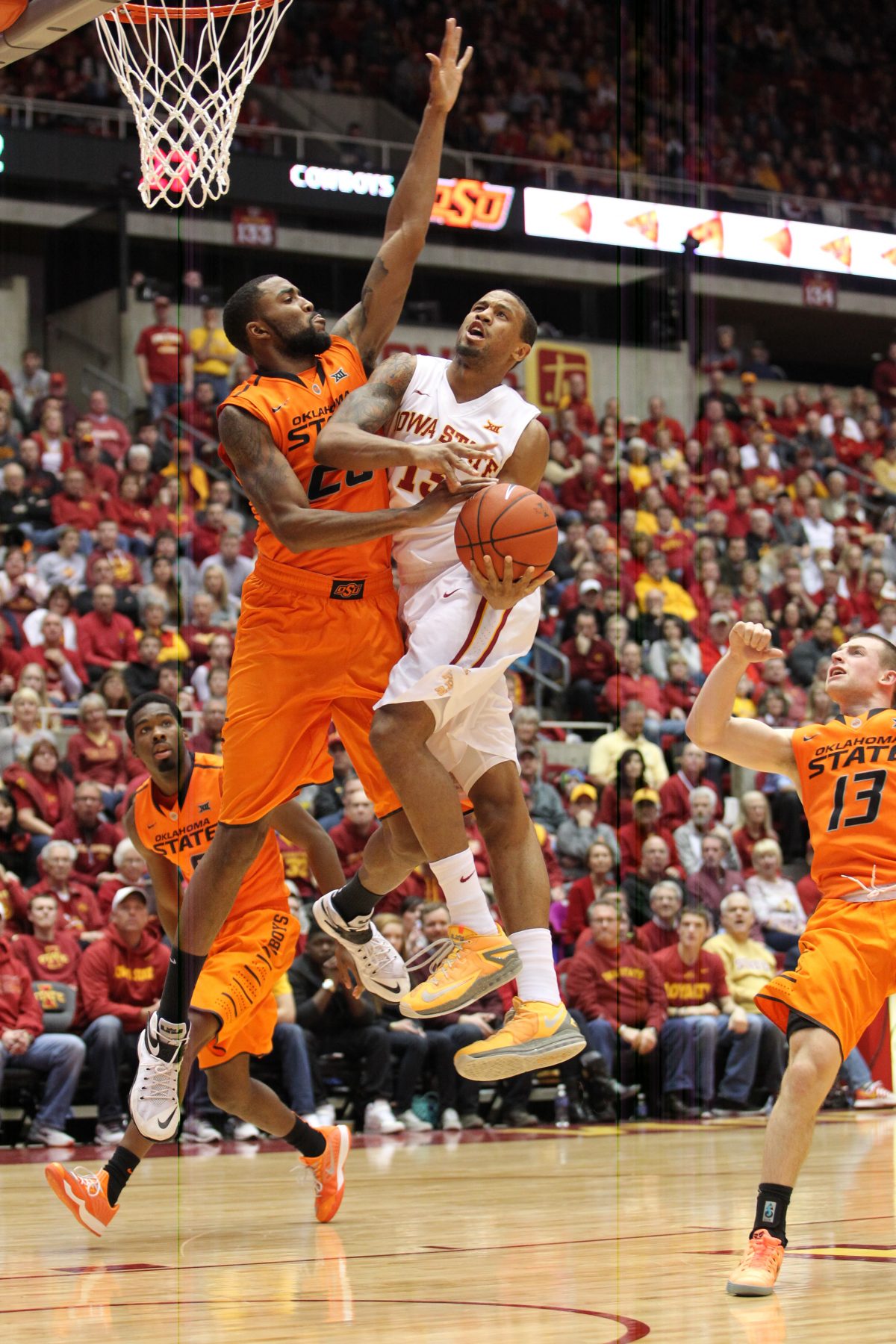 AMES — Bryce Dejean-Jones said all the right things — in very few words — after being benched for being late to pregame activities in advance of Saturday’s 75-38 dismantling of Texas Tech.

The senior transfer from UNLV did all the right things, too, hitting both his shots and dealing out five assists in 18 efficient minutes after being replaced by fast-and-furious rim protector Jameel McKay in the starting lineup.

“It is what it is,” Dejean-Jones said after coming off the bench for the first time in his 22 games as a Cyclone. “We came out and won by 40. That’s what’s most important.”

Petty squabbles over status — and that’s all that starting really signifies in ISU coach Fred Hoiberg’s rotation, given how much he sticks with the hot, clutch hands down the stretch — have no place on a No. 11 team primed to make a statement in another Big Monday matchup.

“It’s a key for us to get guys going like Jameel and Bryce and even (reserve) Abdel (Nader),” said star forward Georges Niang, who pronounced himself A-OK after dealing with a sore Achilles tendon.

Nader showed up late Saturday along with Dejean-Jones, but scored nine points while grabbing five rebounds off the bench.

And McKay simply starred from the tip to his curtain call with about eight minutes left, pouring in a career-high 17 points on 7-of-7 shooting. He ripped down eight rebounds and blocked three shots in his first career start, but he played only seven more minutes than Dejean-Jones.

“I should just always be ready when called upon,” said McKay, who had scored a combined 10 points in his previous two games off the bench. “I approached the game as if I came off the bench. With the help of my teammates, they looked for me early on and made it comfortable for me.”

That’s a zone every Cyclone needs to occupy with Oklahoma on deck. The Sooners (16-7, 6-4) have won four straight games after consecutive road losses at No. 19 Baylor and No. 8 Kansas — two stumbling blocks the Cyclones weren’t able to overcome, either.

“On to the next,” ISU guard Naz Long said. “(Saturday) was a great win for us at home, but we have a quick turnaround and an Oklahoma team that’s playing great basketball right now. We’ve got to come in (Sunday), lock in and listen to what the coaches have to say; just do the daily routine and we’ll head out to Oklahoma and play a great team.”

The big game presents another great opportunity for the Cyclones, who are 1-3 in league play on the road and 0-2 in neutral site-based matchups. ISU has shot worse than its conference-leading 48.9 field goal percentage in all five of those losses and opponents have made eight 3-pointers or more in four of them.

“Obviously you’re going to have to win some road games if you want to stay in the upper half of this league, it’s too good,” Hoiberg said. “What Baylor’s doing, they’re playing great. Oklahoma might be playing, maybe behind Kansas, as well as anybody with what they did against West Virginia and at Texas. They’re playing great basketball right now so it’s going to be a heck of a challenge. It’s a big game for us, it’s a big game for them, so it should be entertaining.”

“I don’t know,” Dejean-Jones said with a shrug.

The more important question: who cares?

Both McKay and Dejean-Jones are vital cogs in ISU’s high-octane machine. They were on the floor together early and often in Saturday’s "payback" win, and Dejean-Jones even set up McKay for one of his three high-flying dunks.

“The guys started off the game really well so I just looked to come in and keep the pace up,” Dejean-Jones said.

Mission accomplished. So, “on to the next.”

“We’ll just try to go in there with the same game plan,” Dejean-Jones said. “Trying to get a win.”

KenPom.com loves the Sooners and gives them an 80 percent chance of winning Monday’s matchup with the Cyclones at Norman. Projected score: 80-71. … Long now ranks ninth all-time in program history with 126 3-pointers … Monté Morris is tied for 17th on ISU’s career assists chart with 258. 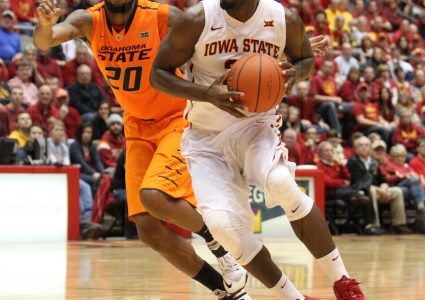