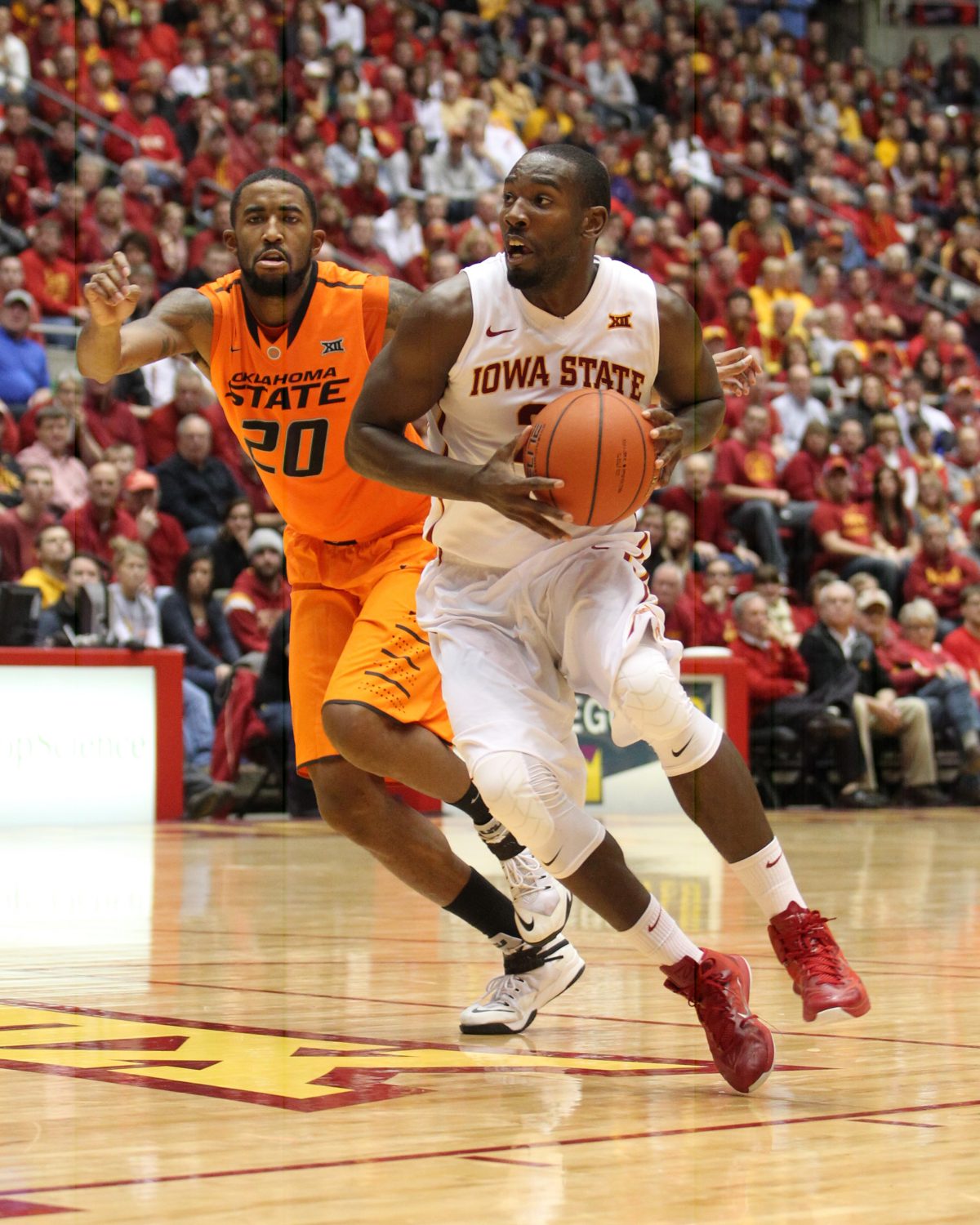 Nine of the first 12 3-pointers fell. Broad smiles formed. Road woes looked to be a thing of the past — until the wheels locked up, cracked and disintegrated.

The No. 14 Cyclones let a 10-point lead vanish in the final four minutes of the first half and couldn’t recover as the 17th-ranked Sooners masterfully crafted a 94-83 rout in Norman.

“What this thing came down to in the second half was once they got on that run, we kind of fell apart a little bit,” Cyclone coach Fred Hoiberg said on the Cyclone Radio Network postgame show. “You’ve got to find a way. You know they’re going to make a run in their own building. You’ve got to find away to fight through that adversity and we didn’t do a great job of that.”

The Sooners — who now stand alone in second-place in the Big 12 standings — dealt the third-place Cyclones their fourth straight road loss.

TaShawnThomas led Oklahoma with 22 points, 11 rebounds, five assists and three blocked shots. Dustin Hogue paced the Cyclones with 19 points, including 4 of 5 shooting from beyond the arc. Jameel McKay — who made his second career start as Bryce Dejean-Jones came off the bench again — had 16 points and nine rebounds.

ISU made 14 of 29 3-point attempts and shot 48 percent overall but gave up too many turnovers (14) and second-chance points (20, with 14 coming in the first half). The Sooners shot 58 percent in the second half and outscored the Cyclones 13-4 in fast-break points.

“We’ve got to take more pride in defense,” Hogue said. “We’re a team that can score the ball and everybody knows that. We have a lot of offensive threats, but scoring the ball doesn’t mean anything if you’re not defending the ball. And giving up 94 points to a team is not going to cut it on any day. The moment swung — just on a couple easy shots they had. We’ve got to fix it.”

The Cyclones seemed to have repaired all its problems for most of the first half.

Naz Long sank the first of his four 3-pointers 10 seconds into the game. Hogue and Dejean-Jones drilled two apiece in a two-minute span and Hogue’s layup with 5:09 left put ISU ahead 42-32.

“I feel like we came out just right,” Long, who matched Dejean-Jones with 14 points. “Just did the things that we do.”

But eventually the Sooners revived and ISU faltered.  After Hogue’s layup that put the Cyclones up 10, Oklahoma’s Ryan Spangler blocked a shot. Buddy Hield buried a jumper with 3:49 left. Isaiah Cousins then hit a 3-pointer after Spangler kept the possession alive with an offensive board.

The snowball was forming, and not even halftime could slow its growth.

“We just didn’t come out with that same urgency, at least I didn’t think, in the second half,” Hoiberg said. “Then, again, they turned us over. I think we had nine assists at halftime and only three in the second. We just didn’t play with that same sense of urgency and you have to. When you come on the road you have to stay together for 40 minutes and I don’t think we did that.”

ISU seeks to return to the winning track Saturday, when No. 21 West Virginia visits Hilton Coliseum for a 3 p.m. tip.

“Obviously, a team that will try to turn you over,” Hoiberg said. “Also, a very good team (with) offensive rebounding and getting second-chance opportunities. It’s important, obviously, to play with a lot of poise and try to get stuff on the back end of that press. You want to attack it. We’ll obviously watch a lot of film from our first time we played (a 74-72 Cyclone win) and see what they’ve done these last few, but it’s an important game on Saturday.”