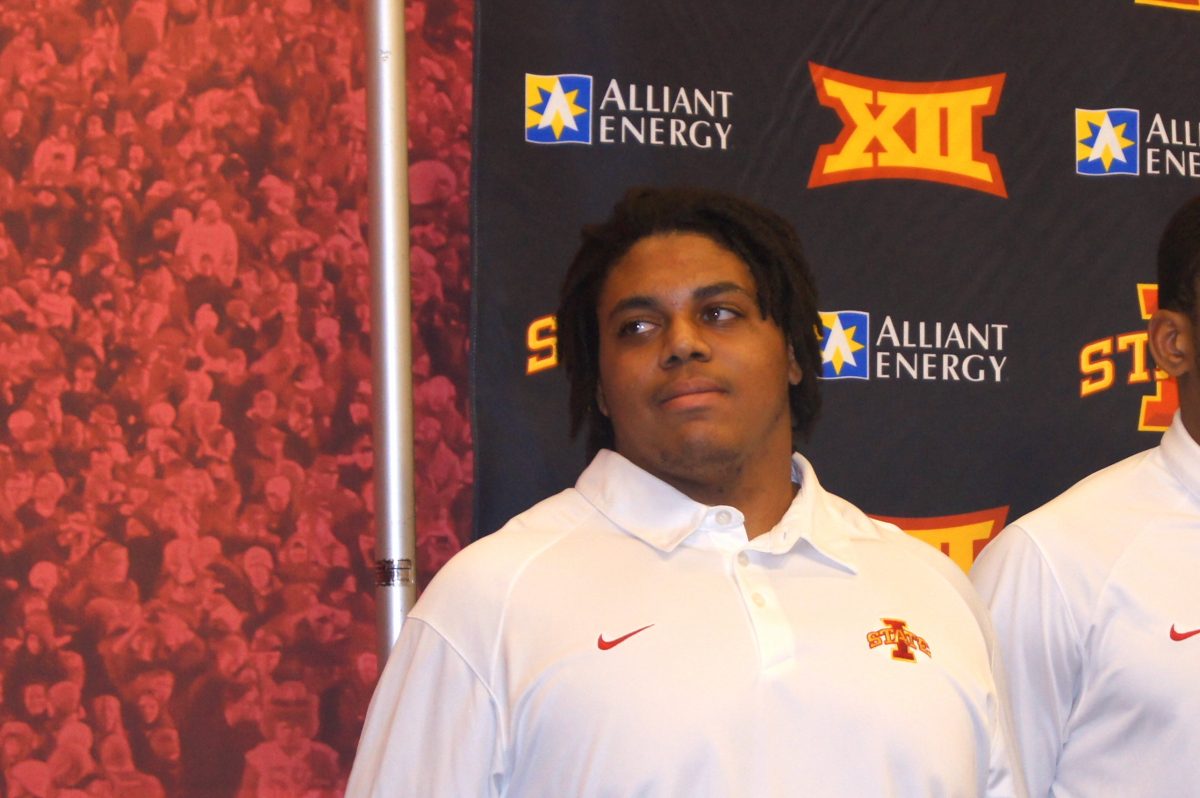 The Patrick Scoggins he’d met via video highlights flashed the prototypical blend of meanness and skill he seeks in an interior lineman.

The one he’d met in person? A portrait of soft-spoken serenity.

“On his official visit, I had to pull (fellow assistant coach) Todd (Sturdy) aside for a second and ask, ‘Is this the same person that I saw on tape?’” Blaney said of Scoggins, one of four junior college trench dwellers expected to give the Cyclones immediate help on both sides of the ball. “He’s that nice a person and he’s that nasty of a competitor out on the field.”

ISU went 2-10 last season and one clear factor stemmed from too much youth and/or uneven play at the point of attack.

The Cyclones — who lost star center Tom Farniok and starting tackle Jacob Gannon to graduation — ranked ninth in the Big 12 last season in both rushing yards per game (124.1) and sacks allowed (30).

That made a “run-first” offense difficult to jump start. The addition of Scoggins (6-2, 295) and fellow JUCO Jaypee Philbert (6-4, 305) could help provide an earth-moving presence that’s been consistently lacking in recent years.

“I expect to have an impact because I’m not shy of working hard,” said Scoggins, who could play guard or center and is already enrolled in classes. “I don’t mind working hard and earning my spot. That’s what I expect to do.”

The same goes for Philbert, who could serve as a bookend to sophomore Jake Campos at the tackle position.

“There will be a great chance for me to start at left tackle next year,” Philbert told CycloneFanatic.com recently. “The offense is really young. They were the youngest team in the Big 12 last year. I think we can be really good next year offensively.”

The same feeling pervades the defensive side of the ball, which also struggled with ”growing pains,” thanks in part to the offseason dismissals of defensive tackles David Irving and Rodney Coe.

Leath will arrive in Ames this summer. Tucker — who struck for 9.5 sacks at Copiah-Lincoln (Miss.) last season — is already on campus, but was not at Wednesday’s National Signing Day press conference because of a class conflict.

“I’m going to be an impact player,” Tucker told CF this winter.

Losing Irving and Coe helped lead to that downturn. Not having a pair of last season’s JUCO commits (Terry Ayeni and Gabe Luna, both knocked out by injury) accelerated the slide that pressed redshirt freshmen such as Vernell Trent and Robby Garcia into emergency extended duty.

“Saturdays weren’t much fun because of that and Sundays weren’t much better watching it for the second time,” defensive tackles coach Shane Burnham said. “So I think down the road because we were forced with those situations you’re talking about to play young guys last year — certainly Vernell Trent and Robby know right now in that weight room: ‘Oh this is what it was?’ So it’s not like they’re redshirt freshman that never really played. They’re fully aware of what they must do strength-wise, all those things, to become players. So in the long run, I think we’ll benefit from it. But it ain’t much fun when you’re going through it.”

Blaney said Scoggins and Philbert (who arrives in the summer), should be ready for prime time once fall camp winds down.

“Those are two guys that are going to be able to handle the pressure of playing in the Big 12,” he said.

Burnham said Tucker and Leath appear to be ready to make a deep impact as well.

Add in Terry Ayeni — who suffered a season-ending knee injury last summer, and it’s as if there are three seasoned, yet fresh elements capable of shoring up the middle of the D-line.

“I haven’t seen them take on a block or get off a block, but I’ve got three toys that I think I can play with next year and I needed it, so I’m excited,” Burnham said.