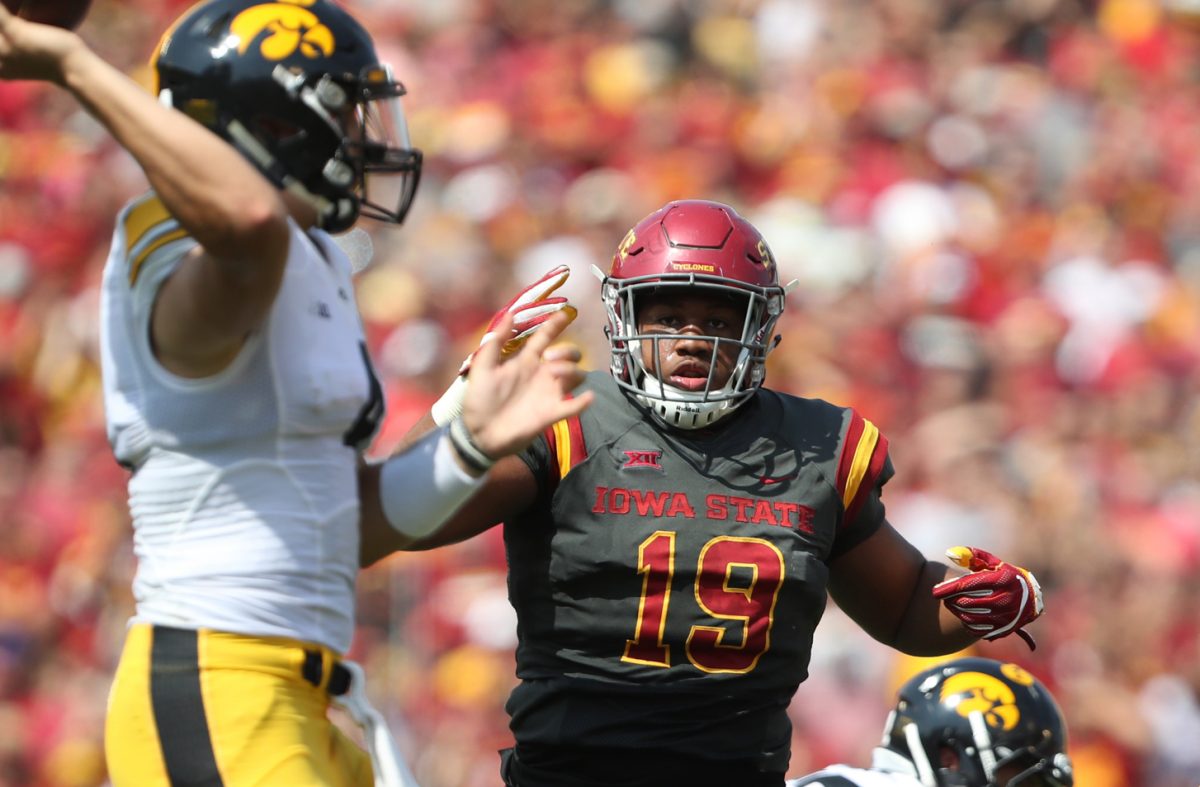 AMES — No mismatch in the trenches.

That’s one of the biggest positive takeaways for Iowa State after an otherwise heartbreaking 44-41 overtime loss to Iowa on Saturday at Jack Trice Stadium.

The D-line held its own. The O-line provided enough push to allow David Montgomery to slash and punish his way to another command performance. Oh, and the Cyclones (1-1) have allowed just one sack in two games this season versus six in the same span a year ago.

“I think the thing that you walk away from Saturday’s football game that’s a real positive is both sides of the line being able to compete and really play at a high level against what you would say is a very veteran group on both sides — and a very talented group on both sides,” ISU coach Matt Campbell said at his weekly Monday news conference. “I thought the defensive front, from Ray (Lima) to certainly what Vernell Trent has done, what Vernell Trent has done over the last two games has been nothing short of what you hope a senior playing his final year, who’s battled back from injury and now is finally healthy, can play and look like. He’s done a phenomenal job. And then, honestly, J.D. Waggoner, and JaQuan Bailey, bar none, his best performance so far, too. So all things that you want to see. You want to be able to see those guys play against the run and be physical and be able to attack. I think the only detriment to that group was, again, those guys played a lot of snaps.”

Too many, Campbell said. The key to accelerating the pace of progress  lies in his No. 2s and 3s, not the stalwart starters.

“What you saw is when you maybe needed them at the end of the game, they’d played so many snaps that we couldn’t get those guys at a fresh rate when we maybe needed them the most. So we talked about it. You certainly understand it. We challenged some of those young guys and I thought Enyi (Uwazurike) did some good things when he got in there. He’s got to continue to get more football. Jamahl Johnson, we didn’t have, which we’re really excited to hopefully get him back this week because I think he can be a major factor for us. Kamilo (Tongamoa) did some good things in the game. I think you saw him go from seven reps to 15 reps to hopefully you’re starting to get him into a consistent rotation. Same thing on the outside with some of those guys. But I couldn’t be prouder of that defensive line group. I think they’re really starting to come into their own and I think their future’s bright.”

As long as the front-line guys can stay fresh. Having Johnson back for this week’s road trip to Akron (1-1) will help, but more is clearly required to take pressure off the mainstays. Solid depth would have prevented late weariness Saturday — and would have also helped enhance the Cyclones’ chances of holding on and moving to 2-0 instead of falling to 1-1.

“The key for us, though, is how many guys can we play and how fresh can we keep those guys? I thin k the fresher we are, the better we’re gonna be.”

I asked Campbell about cleaning up the missed tackles and dropped passes that helped doom the Cyclones against Iowa. He provided a thoughtful answer.

“The biggest thing is we’re to the point to that’s what it was,” said Campbell, while reference obviously widespread issues at this point last season. “It wasn’t effort. We didn’t quit. You didn’t see us give the game away. You’re in a position where it is now details, and when it’s visible and it’s right in front of you, the only way I know to attack it is continuing to work at it and continuing to harp on the success of what happens when you do these things well. That is what it is. Defensively, in the missed tackle area, you’re talking about guys that played upward of 90 snaps in a game. We need to get more guys in the game, and we’ve got to continue to get better, teach it better and rep it better but we also need to teach our 2s better so they’re ready to go play and get into the football game. I think in terms of catching the football and being detailed in that way, you’ve got to rep it. You’ve got to do it. Those guys obviously showed they can make a lot of catches but sometimes you’ve got to make that catch because that can be the difference, especially when you’re playing games like we’re going to play throughout the entire season, which are going to be really close and really important football games.” 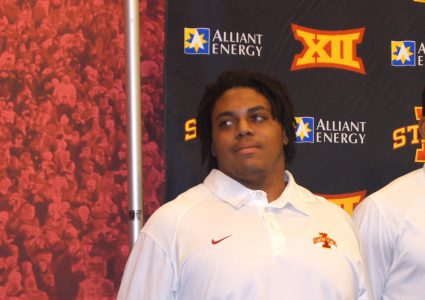 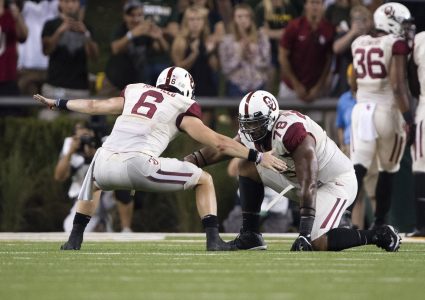