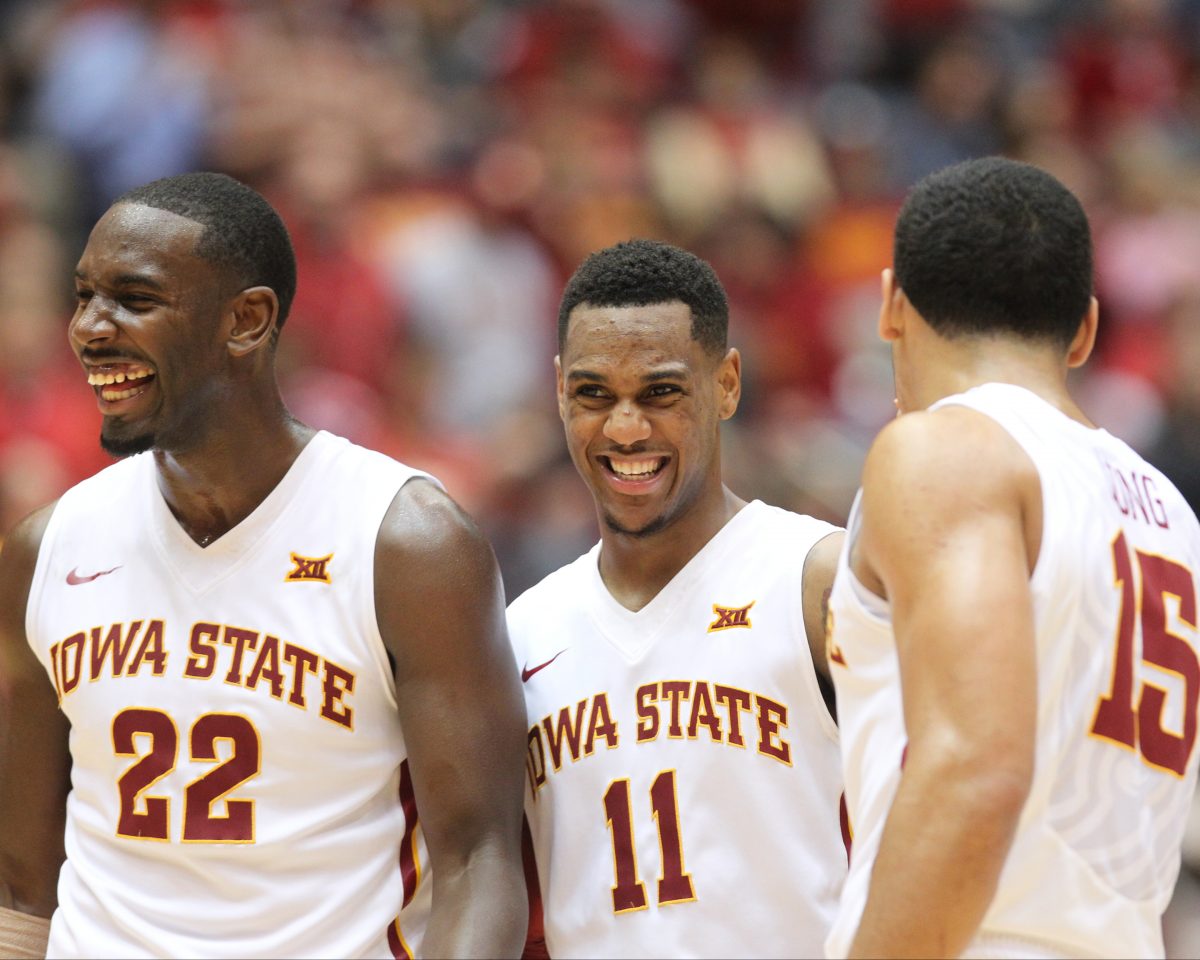 AMES — I’ll be honest with you guys: While walking up to Hilton Coliseum on Thursday evening, I thought there was a very real possibility that No. 20 Iowa State could lose to No. 18 Arkansas.

Chances are, if you ain’t Kansas, you ain’t winning in the magnificent venue that the Williams family refers to as “church.”

Even so, throughout the first month of the season, Arkansas has thrived while Iowa State has been an inconsistent basketball team that hadn’t appeared to come into its own – until Thursday.

Remember how badly Iowa State played last week in Kansas City in a 72-63 loss to Maryland?

Like a modern day politician (note that we are bipartisan at CycloneFanatic.com), flip-flop that performance and you get what Fred Hoiberg’s Cyclones (5-1) delivered in a 95-77 victory over Arkansas (6-1).

“Coach has been preaching that we need to get our swagger back,” Georges Niang, who scored 26 points, said. “I think that we definitely did that with this game.”

Not that you need the reminder, but that Maryland game was an utter nightmare for the Cyclones offensively. Iowa State’s 29.7 shooting percentage was the second worst of the Hoiberg era (behind only that 2012 loss to Missouri which ironically, a team that current Arkansas coach Mike Anderson led).

If the Maryland loss was a blizzard, the Arkansas win was an 80-degree, sunny summer day at the lake (cold beer in hand) in which a “hooky alert” was in full effect.

This was a total 180-degree turnaround.

Iowa State’s 64 percent shooting mark in Thursday’s win was the second best performance in the Hoiberg era (Iowa State shot 65.3 percent from the field vs. Western Carolina in 2011).

“This game is so hard to play when you don’t have your confidence and that’s really what I noticed is a team that was out there thinking too much,” Hoiberg said after the game. “When you play with a cloudy mind, it is hard to accomplish anything.”

It’s hard to imagine Iowa State playing worse than it did last week against Maryland.

It’s also hard to imagine this group playing much better than it did for the first 20 against Arkansas.

The good news is that Jameel McKay still isn’t eligible. Iowa State was extraordinary on Thursday night but considering it is only Dec. 4, this is a basketball team that can still get a lot better.

MAGICAL: “I can’t believe that he missed a free throw,” said Hoiberg of Bryce Dejean-Jones’ 8-for-8, 27-point performance.

For the most part, this was Dejean-Jones’ first “Hilton Magic” experience.

“Coming here, I was told it was magical and it was tonight,” he said.

His 8-for-8 mark was the third-best performance in Iowa State history. Only four other Cyclones have gone 8-for-8 or better in a game, a list that includes: Scott Christopherson, Mark Baugh, Kelvin Cato and Phil Kunz.

ATTACKING: Iowa State’s game plan was to be aggressive, no matter what.

“Whatever defense they were in, we were going to attack tonight,” Hoiberg said.
“When you do that and start hitting shots and you start feeling good about each other.” NEVER SATISFIED: Even after 18-point wins, good teams find ways to improve. Predictably, Hoiberg picked apart his team’s second half after the game.

“We had a couple of mindless ones (turnovers) there in the second half,” Hoiberg said. “In that first half, we were really doing a great job of taking care of the basketball and that’s what allowed us to get separation. In the second half, we just lost the ball, fumbled it, our spacing wasn’t great. We were trading baskets with them in the second and our rotations were just flying by guys who were shooters and not closing out to the really good shooters. It’s now combining 40 minutes of that.” 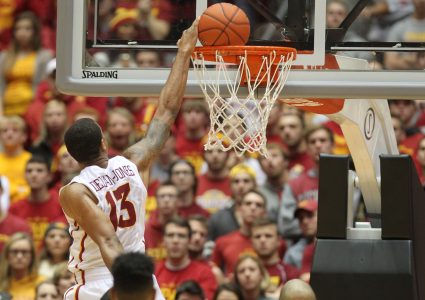 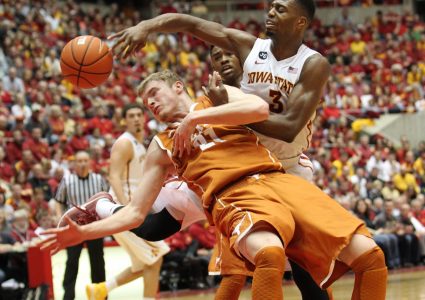